The one word from Trump that reduced Mueller to blubbering jelly: The State of Blog V 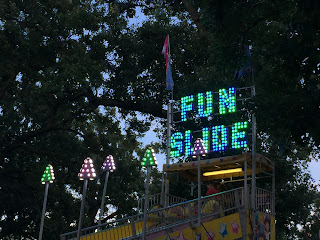 Even someone viscerally against the Orwellian abuse of language has to be careful the practice doesn't rub off. Troubled times tend to be absorbed by osmosis, resist though you may.
So as I contemplated today's analysis of the fifth full calendar year of the blog, my first thought was "Bad is good."
Can that be right?
The bad part certainly is.
After four years of steady, double-digit growth, everygoddamnday.com hit a wall in 2018. Things were clicking along, June, July and August all above 70,000 hits a month. Then the numbers stallled, and began to slide. By November and December, we were back in the 50s, and the average for the year was 65,893 a month, a couple thousand less than last year.
What happened? It's possible that, having run out of things to say, I became repetitious and readers turned away. I certainly get tired of myself some days. Maybe the practice of reading for meaning has fallen from favor, and the time once spent here is now spent on Facebook watching videos of people in foreign countries being narrowly missed by careening trucks.
Or ... speaking of Facebook ... someone working there, and at Twitter, might have turned a dial. The readership numbers are sluggish, they can't get airborne. Some days I can feel the weight, sitting on my back, as I vigorously flap. Mother Jones, in its state-of-the-publication report earlier this month (see, it isn't just me) blamed Facebook for fighting so-called "fake news" by muffling all news:


And then Facebook delivered the sucker punch. This past January, Zuckerberg announced what amounted to the end of the “perfect personalized newspaper”: Facebook was pivoting back to baby photos. The algorithm would ramp up the number of posts from friends and family and dial way back on news. Not just the fake kind. Any kind.
Today, you are far less likely to see posts from Mother Jones or any other publisher than you were two years ago, even when you’ve specifically followed that page. Facebook reach for most serious publishers has plummeted—so much so that some are even breaking their rule against disclosing internal analytics. Slate recently revealed that it sees 87 percent fewer Facebook referrals than it did in early 2017. Many other news organizations have taken a hit in the same range. 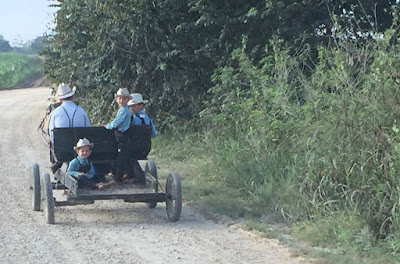 In that light, EGD's stumble is not only explained, but perhaps even a sign of strength for not being far worse. Hence my bad news being good. So it isn't quite in the same league as "War is peace."
And besides, I've always insisted that this endeavor is not metric driven. Here is my chance to prove it. The blog as an outgrowth of my newspaper column, and an outlet for creativity. Not to mention a chance to do something routinely. I used to feel guilty of periodically filling a day by reposting old columns that are germane to this or that topic. But the Tribune reprints old John Kass columns in its actual newspaper, and they were shit the first time around. So nothing to feel guilty about. I certainly like reading them again, and I wrote them. 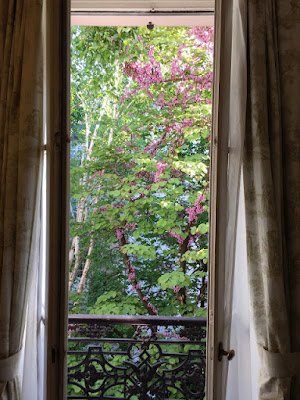 So how was the content in 2018, to use a word I dislike ("content," though "2018" isn't high on my list either)? Three of my top ten all time best-read posts are from this year, led by this plea to help the Guildhaus, which got almost 10,000 hits (and, I should blushingly point out, raised $20,000 for the sober living facility in Blue Island).
I believe it's been a varied, interesting year. In January, we gazed out this window in Paris and visited Belize to learn about the Mennonite community unexpectedly found there.  In February EGD ran a series of columns marking the auto show, including getting behind the wheel of a Bentley. In March we visited Mayan ruins one day, and talked tomato soup with the folks at Campbell's the next. In April, the Apollo 8 astronauts discussed circling the Moon, and by May we took in the Ivan Albright show at The Art Institute.
In July, I drove down to Granite City to hear Donald Trump speak, and I'm proud that, rather than regurgitate the preconceived notions I had brought with me, I talked to people and reported on what unfolded in front of me.
We had dinner at Alinea, coffee at Caffe Regio in New York City, and hiked Stony Man Trail in the Shenandoah National Forest in Virginia.
Again and again, I kept up what I hope was a steady directed fire at the Trump abomination, brass rhetorical shell cases flipping over my shoulder as I tried to keep a bead on the slipperiest politician ever, jinking back and forth, emitting obscuring clouds of prevarication. Nobody is going to care about this blog 100 years from now—they barely care about it now, as I write the thing—but if anybody does, I hope it's because of the rhetorical ack-ack fire I marshaled in support of cherished American values, against the assault of the president backed by wave after wave of the defrauded dupes who'll back him to the end.
That's grandiose, and I apologize for it. Wherever the beating heart of significance might be, we are far from it. However. There is an EGD community, of sorts. Tate birddogging my mistakes every day, Grizz and Shari and Thomas and Tony and Paul and Sandy and Coey and Bitter Scribe and all the rest. Thank you reading this thing, and taking it seriously, and adding your own spin on the conversation. Thank you for course to Marc Schulman, at Eli's Cheesecake, who has supported the blog since its inception. Thank you to my bosses at the Sun-Times, whose complete indifference to this blog has been their greatest gift. Thank you to my wife for no longer suggesting that I just chuck the thing and go back to knitting.
So in 2018, the blog, like the country, did not thrive, but it did, again like the nation, endure. And that is certainly an accomplishment. My plans for 2019 are to hold my position until relieved. Or, in the immortal words of Dr. Johnson: "I will be conquered; I will not capitulate." I suggest you do the same.