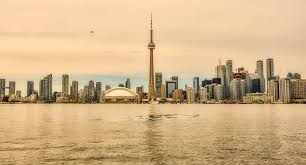 One fact about Chicago that only gets whispered in the place self is that while dynamic cities hurtle forward in population, we've remained frozen at 2.7 million people, as residents seek better jobs, flee violence, and new parents take a look at the school system and bolt for the suburbs (turns out, it wasn't just me).
When this ran six years ago, Toronto had just edged past us in population. Now Canada's premiere metropolis has lost 60,000 people and we've gain 10,000. So maybe we can edge past them though, having established that population isn't a very good judge of a city, I won't be able to boast, at least not without gulping a heady draft of the shameless hypocrisy being quaffed coast-to-coast of late.

The Canadians, in all their damnable fairness, are too decent to crow.
So if you look at, oh, the Canadian Business magazine website Wednesday, it will reluctantly point out, that yes, Toronto is now North America's fourth largest city, nudging ahead of Chicago, its 2,791,140 residents to our 2,707,120. Yet it also cautions, in the very first paragraph: "But hold off on the confetti for one moment. Because while that's true, it's only half the story."
What follows is an exercise in humility that would make the average chest-thumping, We're No. 1-howling Chicagoan shake his head in utter, visceral disgust.
You see, it points out, had Toronto not "amalgamated"—Canadian for "sucked up nearby communities"—in 1998, "it wouldn't be nearly as big as Chicago."
That's like saying O'Hare Airport wouldn't be in Chicago if Dad Daley hadn't twisted a few suburban arms to grab it in the mid-1950s. To which the Chicago answer is a shrug and a mutter of, "So what? We got it now."
The magazine calmly points out that the Greater Toronto Area is about 6 million people, while Chicago has almost 9.5 million, and that many claim "Toronto still has a long way to go to catch up with Chicago."
Well, um, yeah, it would have a long way, were that possible, but it isn't . . .
See, their approach takes all the fun out of this. How can you swing at an opponent who starts the fight by lowering his gloves and smiling and complimenting your robe?
Chicago doesn't have a third the population of New York City, yet that has never stopped us from standing on tiptoe, jutting our jaws out, pinwheeling our fists and snarling, "Oh yeah? You and what army?"
We've been doing it for 100 years. The "Windy City" moniker—and everybody knows this, but there might be a reader or two who doesn't—isn't a reference to our gale-scoured lakefront, but to the hurricane of boostery braggadocio that accompanied our quest for the 1893 World's Fair.
To be honest, even to parse the Chicago/Toronto comparison is an insult to our city. The two don't compare, except in numbers of people, now, apparently, and that doesn't mean anything. The top of the list, the very most populous city in North America is—and it was a surprise to me, not because it didn't make sense, but because I never thought about it before —Mexico City, with 8.8 million people.
Now I've never been to Mexico City, so don't want to put it down. But it isn't as if the sense is that Mexico City is three times better than Chicago. Maybe they just hide their wonders very, very well.
Ditto for Toronto. I've spent some time there so don't want to give the impression that people who live there are anonymous ciphers grinding through joyless lives devoid of charm or significance. They have . . . ah . . . Tim Horton's doughnuts shops, which I've eaten at, and which offers perfectly adequate doughnuts—not the excellent, artisanal doughnuts you'll find on every block nowadays in Chicago. But they will do, in a pinch, if you're hungry.
So I won't start waxing on the generic, anodyne nature of life in Toronto. Its nondescript skyline whose only noteworthy element is a TV antenna. Its generic monuments; the Monument to Multiculturalism in front of the Fairmont Hotel comes to mind. The city also has a memorial to people killed in industrial accidents—I kid you not. I'm not doing that, because, thanks to the Internet, it would only jab at some nice people who, as it is, already sit crouched in slush with their hands locked around their knees, gazing poutingly over the border to the south, paralyzed with envy, disdain and longing—they just wish we cared about them enough so they could have the chance to scorn us.
But we don't and never will.
Toronto is slightly larger than Chicago in population, though they can hardly admit it.
"For now, any way you slice it, Toronto is roughly the same size as Chicago," the Canadian Business article ends. "But if both cities stay on their present paths, ours will eventually become noticeably bigger."
Well said, my brother journalist in the frosty North. Toronto will eventually become noticeably bigger. I think that sums up the situation. I prefer words I once told a friend considering leaving Chicago to take a job in Toronto: "Why? I'd rather be the 500th most important person in Chicago than the King of Canada."
There are things that can't be measured in numbers, and judging a city by its population might seem significant, but that's like judging a book by its weight, or a song by the number of musical notes.
So congratulations, Toronto, on the extra people. Let us know when you can make a decent pizza, or build a building that bears a second glance. Or when somebody writes a song about Toronto. Or shoots a movie in Toronto that actually takes place in Toronto. We'll be here, waiting, humming "Chicago."