Donald Trump again this week resurrected the whole "Merry Christmas" canard—the daft notion that political correctness has somehow stopped Christians from uttering the words. Of course taking personal credit for freeing the faithful from their chains. Not only is it utter BS but, in keeping with all things Trump, it isn't even original utter BS. I addressed this non-issue ... let's see, 15 years ago. But the holidays are nothing if not a time of tradition, so let's revisit that column, from 2004, back when the bloody shirt was being waved by triumphant Bushies tired of spoiling their festivities by having to nod at the lesser creeds. If you notice, I seem fairly sympathetic with the Merry Christmas crowd: it just shows how 15 years of belligerent Fox News hectoring can wear a man down. This ran back when the column filled an entire page. I've left in the original subheads. I also left in the last two items, poignant as they are, since they refer to two aspects now almost unimaginable: first, a bookstore in the Loop and second to a group of colleagues I know well enough to josh with.

Opening shot
Merry Christmas!
I can say that, right? I mean, with Christmas Eve tonight, it seems apt. I don't think it's a negation of all my readers who are Muslim cab drivers (or college professors), or fierce atheists or, like me, Jewish.
I suppose there might be some mild insult, the oblivious low-level sting of a co-worker trying to feign interest in your life by tossing off a breezy "How are the wife and kids doing?" when you in fact aren't married and don't have any children.
But really, I think most non-Christians can take "Merry Christmas" in the spirit it is tendered, as a generalized expression of goodwill and not a demand that we start going to midnight mass or drinking wassail or whatever the faithful are required to do. I've said "Have a great weekend" to people I know are miserable, and I don't expect them to hate me for it. Maybe they do.
I prefer "Merry Christmas" to "Happy Holidays," which is too generic, too much akin to "Have a nice day."
A public sphere crowded with religious practice is probably better than one scrubbed clean. In the leafy suburban paradise of Northbrook, we had a creche and a menorah at the intersection of Shermer and Walters and the heavens did not crack. If, in a few years, they are joined by a star and crescent, a seated Buddha, and a black pentagram, it might be a bit crowded, but life will muddle on.
Frankly, I'm glad a bit of the Christmas is flowing back into the generic holiday festivals. When I grew up, we sang Christmas carols in school, and I satisfied myself with humming the parts that violated my creed. "Mmm-mmm the sav-ior is born. . . ."
That's too passive for some people nowadays, who need to exercise every iota of their rights. First, by scouring the trappings of Christianity out of the public domain and now, in the wake of Bush's victory, with triumphant Christians trying to put it all back.
The pendulum swings, and I'm not too worried about it because we are a blended culture and becoming more so every day. As smug as people might feel getting the living Nativity scene back into the Holiday Pageant, they are setting the stage to be less pleased next Ramadan when a bunch of students want to present their ProphetFest.
It all works out in the wash. Sniping over these differences is what Americans do instead of killing each other. So far, at least. 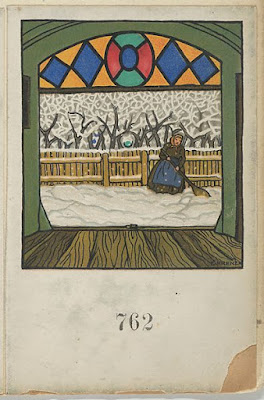 Some stories are too ripe for plucking, and rather than demean myself by hitting such a slow pitch, I thought I would walk you through the pundit process so you can see how it works.
1) Take a fact: A Texas lady spent $50,000 to clone her cat.
2) Conjure the standard reactions:
a — crazed rich pet owners have no sense of balance;
b — $50,000 is a lot of money and could be used for good causes;
c — all cats are more or less the same.
3) Dismiss those initial reactions as ordinary stuff and come up with three new reactions based on inverting the initial reactions:
a — rich people indulge themselves in all sorts of stupid ways, so why is a cloned cat any worse than, say, a $50,000 lithograph?
b — the choice never is between dumb indulgences and worthy causes; nobody, rich or poor, wonders whether to take a Caribbean vacation or help the needy.
c — enough people cherish cats and view each as a distinct personality, superior to humans, that they will make life an e-mail hell for a week, and it's better to let the entire matter drop.
See? It's tougher than it looks.

I'm always prepping people for disasters that don't happen. When Josh Brent, the son of famed Chicago bookseller Stuart Brent, announced he was quitting the book business — he helped his brother Adam run the last independent bookstore in the Loop, Brent Books on Washington  and taking his good looks to Los Angeles to become a movie star, I felt obligated to recount my own Los Angeles experience, three of the most unhappy months in my entire life.
Don't be afraid to give up and come back home, I told him. If you end up living in your car, as I did, remember that Chicago is always ready to take you back.
Wasted breath, as it turns out. Brent begins filming soon on Sam Mendes' movie of Anthony Swofford's Marine memoir, "Jarhead." A bit of type casting, because Brent was in the Israeli Army and is one of those buff guys who looks as if he could punch you in such a way that you'd be dead before you hit the floor. You read it here first.

Don't be deceived by mild manner

Does the above count as Hollywood gossip? I worried it would, and that Bill Zwecker would rush storming into my office, waving a crumpled newspaper.
"Who the hell do you think you are!?!" he'd rage. "I'll carve your heart out and serve it to the dog."
Not that the real Bill, my good friend and the most amicable of men, would ever say or even think such a thing.
But I have a tendency to entertain myself by imagining my colleagues in uncharacteristic situations. I couldn't write the opening item about Christmas, for instance, without conjuring up religion columnist Cathleen Falsani, eyes aflame, grabbing me by the collar and hoisting me off the floor. "Leave Jesus alone," she hisses. "He's mine, do you hear me, you God-denying sack of perfidy? Mine!!!"
Of course, the most fun of all is calm, quiet, dignified, self-contained and highly respected radio critic Rob Feder. You can't imagine the hours I've spent entertaining myself by placing him into the foulest debauches I can conceive. Just this morning, I was walking along, cackling aloud, for some reason picturing Rob in a loosely tied yellow silk robe, slumped in one of the smokey wooden bins at his corner opium den, touching the end of a glowing stick to the tarry chunk of pen-yan in the bowl of his long pipe.
I don't know if you find that funny. But I'm laughing even as I write this. That's probably a bad sign but heck, it's Christmas, and diversions beckon. I'm off all next week, but will catch you again in the new year. Drive safely.