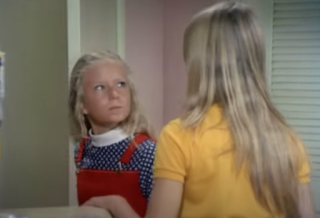 Today the Urban Dictionary defines this phrase as “a whiny dramatic response by someone who is jealous of another person.”
Enter Karen stage right, originally typecast in social media as a whiny, overbearing, entitled white lady behaving very badly by acting in an entitled, unreasonably controlling manner: “Get me the manager! My soup is lukewarm!” “I am NOT tipping you! You don’t deserve it even if you crawled to work today!” “Tsk tsk tsk! You are NOT in your place in line, now get back there.”
They don’t have an off-switch for their lack of ability to read a room and realize that the world does not revolve around them. Karens seem to take great pleasure in micromanaging the world to suit their version of how things should be. Karen has now morphed into the word used to describe anyone leaning on their privilege and calling the police on or falsely accusing non-white people of imagined bad behavior.
For example, there is the intrusive white lady in the exclusive Pacific Heights neighborhood of San Francisco threatening to call the police last week on a non-white man. James Juanillo was stenciling the words Black Lives Matter in chalk on his own property when Lisa Alexander and her husband Robert Larkins walked by and decided Mr. Juanillo was up to no-good. Not only did she assume he was creating an act of vandalism, she lied to him and said she knew the “true” owner of the property, even though he’d been the homeowner for nearly 20 years. This woman lost a big contract for her skin care line, and Mr. Larkins, the male Karen with her, lost his job at Raymond James according to several news reports.
If this makes you uncomfortable it should. Non-white people are harassed constantly in the land of the free, and have been since their tenure on this land. I wrote a bit about it in my EGD post Searched a few weeks back. I'm thrilled that these incidents are now recorded for all to see, and can no longer be denied.