Basketball has a shot as alternative to gangs 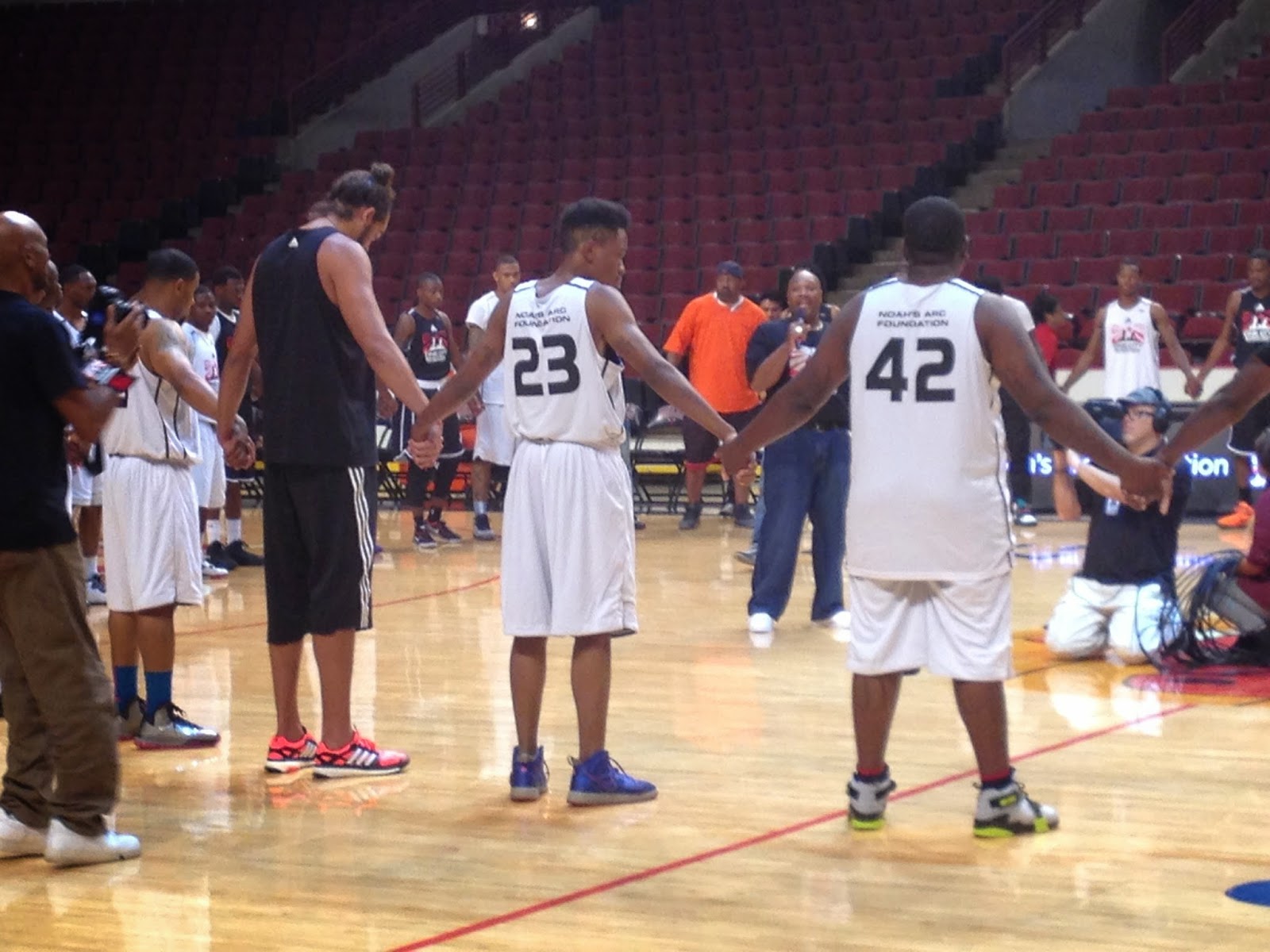 Back in the 1980s, First Lady Nancy Reagan coined her “Just Say No” campaign to combat drug use. I remember a social worker explaining to me why it was misguided. If you’re a 16-year-old new mother living in the Robert Taylor homes, she said,  with no job, no education and no future, drugs are the best part of your day, the time when you feel most real and alive, and until they come up with a program to counter that, to offer people a life better than drugs, nothing is going to work.
I thought of that Saturday, sitting at the United Center, watching the South Side beat the West Side, 46-45, in Joakim Noah’s One City Basketball Tournament.
It happened to be held right after 11-year-old Shamiya Adams, killed last week while she made s’mores at a sleep over, was buried—Gov. Pat Quinn came from the funeral, and talked about how exceptional she was.
The extreme tragedy of these cases captivates the media and public—the sweet faces of these innocent victims, usually girls, in stark contrast with the mug shots of the older, tougher, young men who kill them.
But in order to hope to solve the problem, or rather, to be less ineffectual facing it, we need to care about those young men, too, to understand that, just as people who take drugs have reasons to do so, that it seems in their best interests, so those who join gangs do so, not out of irrational bloodlust or mere greed, but because it makes sense: a grim, skewed sense, but sense nevertheless. In many places, joining a gang is obligatory, kids have to if they want to stay safe. The gangs offer protection, love, respect, a purpose. Who in Chicago really wants young poor black men? Gangs sure do.
Mourning the dead is inevitable. But the shooters are also victims of a system that brings them to that moment when they pull the trigger and make the decision to commit some random, violent act that destroys another life and theirs, too often. The key is to get to that person before they do it.
How? Maybe efforts like this tournament. It really wasn’t a matter of athletic excellence, but these players, Noah explained, were tapped by his Noah’s Arc Foundation, as older guys, in their 20s, who might have influence on younger men in their neighborhoods. Basketball has a powerful allure — it’s one of the rare endeavors that crosses racial and social boundaries in the city, and while I’d never be so naive as to suggest that basketball can stop the violence, it seems to be something that can offer what gangs offer. Gang shooters seek respect; this is respect found through a different sort of shooting.
The trophies handed out were elaborate. No scrimping here. The impressive thing about Noah’s tournament was how thorough it was. They weren’t just using the empty United Center court. They had real NBA refs. The Luvabulls cheered. T-shirts were hurled to the thousand spectators. The Rockets’ Patrick Beverly coached the West Side team — seriously, prowling the sidelines, shouting. Derrick Rose coached the South Side, just serious, mostly watching.
“I’m here for the kids,” was all the taciturn star would say, when pressed.
When a crime occurs, what people usually do is drop their heads and hurry away. It’s the rare person who gets involved. So I give credit to Noah for trying something. It opens him up to criticism — people will say he’s a rich star rushing in to slap a bandage over an enormous problem. But that didn’t stop him; he did it anyway, with the passionate sincerity he brings to the game.
“This is so important,” he said, at the press conference beforehand. “It’s bigger than basketball.”
He’s right, both in the sense that slashing the murder rate would be a feat the city could take more pride in than an NBA championship, and in that basketball alone can’t fix it — it’s only one facet in creating that world to counterbalance the false benefit of gangs.
People do stuff for selfish reasons. I was there, on a Saturday, not to focus on urban violence, but because I wanted my teenage Bulls fan to meet Noah. Kids join gangs for selfish reasons: to find the respect, love, purpose and safety that the world otherwise denies them. We can put a cop on every corner, and maybe we should. But until those kids avoid gangs for selfish reasons, until they can find respect, love, purpose and safety in other places, this problem is going to plague Chicago.
Cycles repeat themselves. The kids in Northbrook study hard, stay in school and soar away to college because that’s what their world demands they do. On the South and West sides, the world demands they join gangs. Until that changes, nothing changes.