Margaret Sanger, we need you again

"The past isn't dead," William Faulkner wrote, famously, in 1951. "It isn't even past." That's true for some groups more than others. Religious fanatics keep trying to drive women back into the past and, perhaps because no one takes them seriously except the Supreme Court, their successes don't seem to cause much distress.


Timing is everything, in book publishing as in everything else.
OK, maybe more so in book publishing.
So I do not want to suggest that by not being published until October,  The Birth of the Pill by Chicago writer Jonathan Eig will be in any sense “late.”
His previous books — about Lou Gehrig, about Al Capone — were excellent and best-sellers, and this next one is excellent and will be a best-seller, too, or at least should be.                 That said, it’s a shame it’s not available right now—I read an advance copy—because to read of the arduous struggle of American women to gain access to contraception at the precise moment when the U.S. Supreme Court is rolling back those hard-won rights, well let me tell you, it’s special. A chilling kind of privilege. 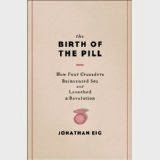 It’s like reading Upton Sinclair’s stomach-turning meatpacking novel The Jungle if the government were in the process of lowering food inspection standards. It’s like reading The Shining at the Stanley Hotel.
Yes, that’s overstating the case. The Supreme Court did not say all women lose access to contraception, just women working for Hobby Lobby and, on Thursday, Wheaton College.
And only if they want it covered in their medical plans. They’re still free to buy it themselves, for now, assuming their pharmacists don’t balk, which is next.
The ruling, in case you’ve been asleep, says the family owners of Hobby Lobby, because of their “sincere” religious convictions against contraception, can opt out of the federal Affordable Care Act. The Wheaton College ruling suggests even signing a form seeking an exemption is asking too much. This is not through any constitutional reading but due to the 1993 Religious Freedom Restoration Act, a bill designed to help faithful sorts take their ball and go home whenever it pleases them.
People who think that is a good thing point out that nobody is forced to work at Hobby Lobby. True, but that is like saying it would be OK for Holiday Inn to ban blacks because they can stay other places. What if every business took this path and tried to tailor-fit the law to suit the religious whims of owners? If the court respects the sincere belief that sex is for procreation only and women who insist on having protected sex are whores who shouldn't be served by the company medical plan — the Hobby Lobby position, plainly stated — why shouldn't sincere religious belief in barring blacks or literally anything else not have equal weight under the law? A big book, the Bible is.
Eig's book starts with Margaret Sanger, the pioneering advocate for women's reproductive rights, kick-starting birth control pill research in 1950, then backtracks to how women were treated when she began, around World War I. Maybe we've forgotten: One hundred years ago it was illegal to send information about contraception through the mail, forget the contraception itself. Not "illegal" as in one of those laws that sat on the books and nobody enforced. Illegal as in your pamphlets would be seized by postal authorities and you'd go to prison.
Sanger opened the first clinic for birth control in New York in 1916, helping women desperate to get off the maternal treadmill. Shortly thereafter she was arrested for breaking the law: New York was one of 30 states that barred all contraception.
I truly believe, if women of today understood how their grandmothers lived — baby machines under the thumb of men and religious men at that — if they had any sense of what life for them was like even 50 years ago, the babies they were forced to have, their constricted life choices, they would fall upon Hobby Lobby with a howl and tear it down brick by brick rather than let them prod our nation back toward that world.
But they don't know. We're crazy about liberty, and miss, as the Supreme Court did, that here we're talking about the liberty of rich business owners and smug college deans to constrain the ability of minimum-wage clerks and struggling sophomores to run their lives. The Supreme Court gives that a kiss of approval and we shrug and sail into summer.
No one's religion is violated by participating in the Affordable Care Act. As Eig points out, "There is no mention of contraception in the Bible," and the Roman Catholic Church had no official position on birth control until 1930. What you have is a divide, between those who want to live and let live under neutral civic laws and those who want to shanghai those laws to drag us all back to Christian theocracy, assuming we ever left.
I should tell Eig I'm sorry for jumping the gun on his book. I promise I'll leap on the bandwagon come fall, if there's room. Alas, it'll be even more timely then, as women's rights keep sliding backward into history.