One last chance to honor them before they enter history 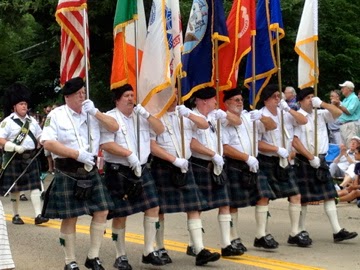 Before 91 veterans of World War II board a jet at Midway Airport early Wednesday, before the Southwest pilot powers up the engines and the tower clears the plane for takeoff to Washington, D.C., where they will be heaped with honor and visit a monument to themselves that most have never seen, Lindi Strobel has to answer their questions, calm their fears and coax them aboard that plane.
“I receive from one to 20 calls per day,” says Strobel, a volunteer for Honor Flight Chicago. “On average, seven to 10 a day from veterans who have applied to our program.”
They’re curious, concerned, skeptical. The Honor Flight program, at first glance, can seem too good to be true: Vets of WWII are flown to Washington, given a tour with maximum care and attention, well fed, then taken home? For free? Really? And then there is their own health to think about.
“They’ve received the medical information in the mail, these forms that address questions of potential health issues,” Strobel said. “Doubts start to creep in as to whether or not to go on the trip. My name and phone number go out with the forms. They call the number. They get me. Usually it’s a veteran calling. It might be a spouse, caregiver, niece, nephew, grandchild, neighbor, you name it. The most common concern is: ‘Do you realize how old I am?’ ”
She does. Given that World War II ended Sept. 2, 1945, or nearly 69 years ago, the answer would be: in their late 80s or early 90s. They’ve taken vets up to 100 years old.
Though all-too-well aware of how they themselves have aged, the vets have a tendency to think of their comrades as still young. One female vet worried about going on the trip, since the vast majority of participants are men. "She made it clear that she would dance but that was it," said Strobel. "I said I would defend her honor."
Most have health issues. "We have veterans fly with us who can't walk, can't hear, can't see," Strobel said. Two doctors and eight nurses go on the trip. Each vet also has a companion when they get to D.C. "We're set up to deal with the issues of aging, to make sure each vet has a carefree and safe day," she said. "My role in this is to paint a picture for them, an accurate portrayal of what their day will look like."
And what will that day be like?
"It's the longest day you can imagine," Mary Pettinato, Honor Flight Chicago's CEO, said. It begins with the vets, some of whom haven't traveled in years, arriving at the airport, "scared to death."
Then they catch sight of the Andrews Sisters act, waiting for them at the gate.
"The guys start waving at them, tapping their feet, posing for pictures," Pettinato said. "By the time we arrive in Washington and are met by 75 active-duty military, they're giggling, joking about how they could have landed the plane better."
They board buses, visit the various war memorials, the Lincoln Memorial, have box lunches, tour the Air and Space Museum.
At Midway, there is a welcome home.
"That's a bit of a surprise," Strobel said. "Quite a celebration - a couple thousand people are there. Bands play, flags fly. It's like a Fourth of July celebration on steroids.
"To see these veterans, the humbleness," she said. "They're just shocked so many people are interested in them. They're not expecting anyone to be interested. They get on the plane and think it's over, and then they land. . . . One I will never forget, a gentleman said that this one day took away 60-plus years of pain and hurt he has been harboring. You can't quantify that. It just makes you want to find more of them, as many as you possibly can, to have this experience. It's clearly something very meaningful to them; they can't possibly understand until they do it."
Honor Flight Chicago is the largest of 133 chapters in the nation. It runs eight flights a year, April to October. The next flight, July 30, is already full, but there are four more. Interested vets should call 773-227-8387.
"It's the greatest day you can imagine," said Pettinato, who co-founded the chapter in 2008. "We consistently hear that the Honor Flight is the best day of their lives."
She said the typical WWII vet, like many elderly folks, lives a life settled into routine.
"His day at home is very mundane," she said. "But on this day, he puts on a World War II veteran's hat and everywhere he goes, he's recognized and thanked. Some haven't been thanked for 70 years. Many, when the war ended, got off a ship, hitchhiked home and were told you need to get a job tomorrow. That's it. On this day, they realize what they did for our country so many years ago is truly appreciated."