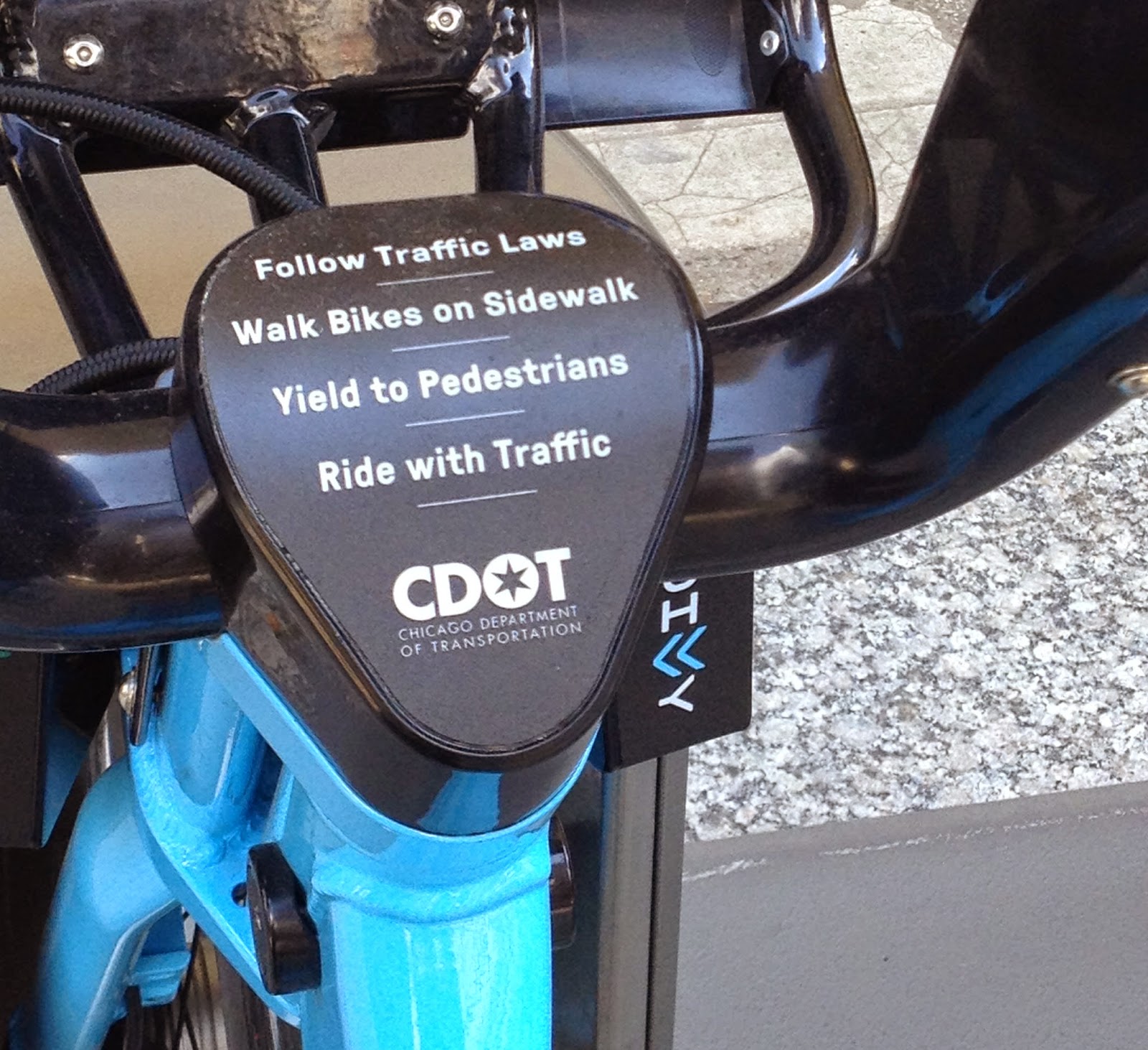 Ka-thunk!
Of all the satisfying physical aspects of riding a Divvy bike in downtown Chicago — standing on the pedals to pick up speed and make it through that yellow light, dragging the pad of your thumb across the serrated wheel that rrrrings the bell — returning the blue bomber to its station port after a jaunt and slamming the thing home is one of the more satisfying.
Ka-thunk!
You’ve made it, alive. You guide the handlebar with one hand, while the other lifts the seat slightly as you ram the front wheel vigorously into the docking mechanism.
Ka- thunk!
You are rewarded with a sound halfway between a Cadillac door slamming and a shell being jacked into a pump shotgun
Ka-thunk!
The little light goes from yellow to green — bike received, thankyouverymuch. You give the handlebars a hearty tug to make sure the bike is secure. And you can walk off, confident that you aren’t on the hook for the $1,200 a bike costs if you don’t return it.
That’s how it works.
In theory. 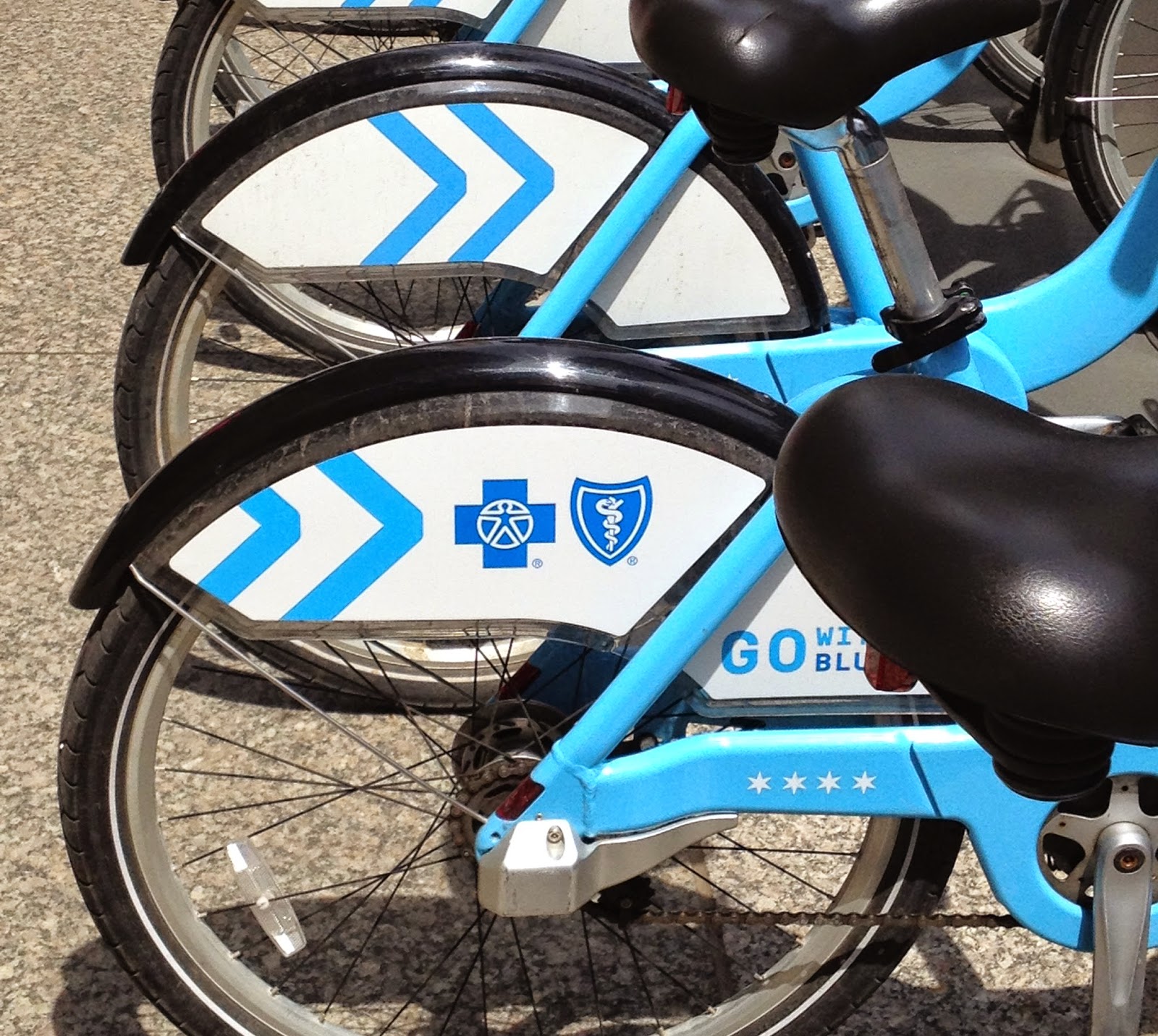 In reality, mechanical systems break down. There are glitches. Only in Indiana Jones movies will a mechanism in a cave since pre-Columbian times perform flawlessly when you step on the wrong stone.
One day a few weeks back I was heading to lunch at a favorite spot — Star of Siam: beef and broccoli to die for. I went to park, as always, at a nearby station, Kinzie and Wabash, at the foot of what once was the IBM building and now is ... oh, why must things change? ... the 330 N. Wabash building. Slam the bike home.
Ka-thunk!
But no little green light. No closing clamp. The bike rolls freely back. Broken, I assume. Some of these locking mechanisms are always broken. There were are five more open ports. They can’t ALL not work, right? That would be an utter impossibility. This is the city that works.
So I roll the bike back, drag it a foot to the left, and jam it into the next port.
Ka-thunk! Six strikes, you’re out.
No go. There were six empty docks because none could accept a bike.
There is a station three blocks north, I learned last time this was full. Not far away.
Pedal three blocks north, wait for a break in traffic, cross Grand, notice that four more docks are open. Whew! These can’t all be inoperative, too, right? Maybe seven is the charm, come on, Lucky Seven!
Ka-thunk. Nothing.
Three empty ports left, and I utter a small prayer to the God of Divvy Return.
Ka-thunk. No.
Two left. I imagine myself heading back to the Sun-Times, parking there, and walking back over in shame. Some convenience. My devotion to Divvy, revealed as a lie.
Ka-thunk!
The little green light winks, the bike is as solidly docked as a fireplug is attached to the ground. Mitigated joy! I toddle to lunch.
Later, I run this past the Divvy folks.
“It’s not broken docks, per se,” said Elliot Greenberger, Divvy spokesman, explaining that sometimes it takes a moment for the locking mechanism to close, but instead of waiting, impatient riders will roll their bikes back, during which time the dock locks, and then roll them forward and the station thinks it already has their bike secure.
“If you’re making this a teaching moment,” Greenberger said, “push your bike in firmly, and wait [for a] green light.” Will do.
What Divvy is selling is time. You can walk to a certain place in X minutes, or Divvy it in X/3 minutes. The question becomes is the cost, helmet hassle and risk of death worth the time gained? The uncertainty of dropping off a bike adds to the calculus. If I’m meeting someone for lunch, I can’t plan on gliding from Point A to Point B and then parking the bike and hurrying on. Time must be built in to find a working dock.
To me, it’s still worth it. I try to take Divvys whenever I can. Sept. 3 is my first anniversary as a Divvy member. I’ve signed up again for a second year; $75 is a true bargain — even a better deal for college students, as Divvy is about to announce a $55 annual membership for them.
According to Divvy, in the past year I’ve taken 153 trips — tossing out the trips that are 3 seconds long, shifting from a dock that seems broken to one that gives the green light. Let’s say 140 trips. About 55 cents a trip. Just to put your butt in a cab costs six times that. And Divvying often is faster and certainly better for you. Divvy makes the city more fun. Usually.