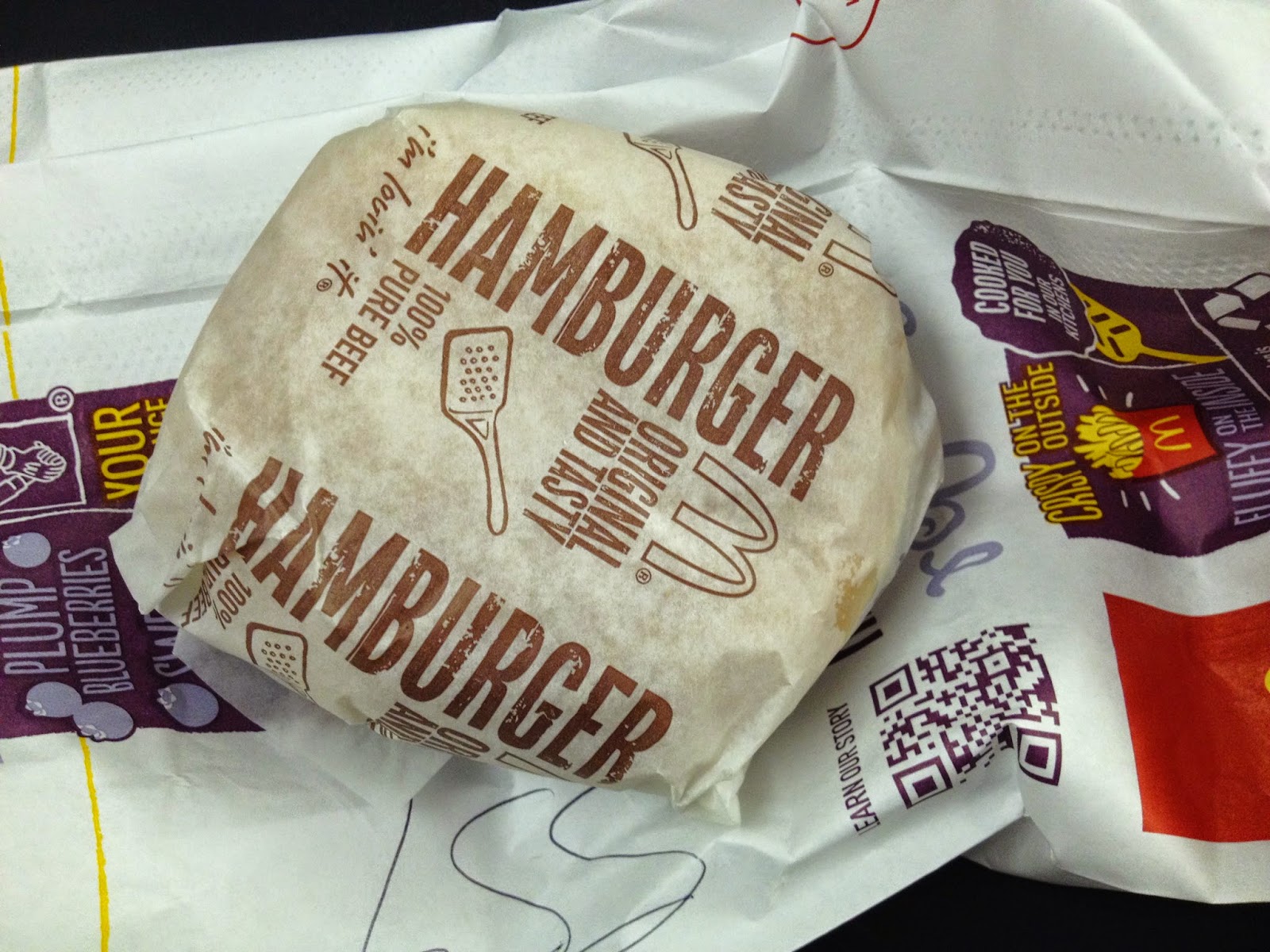 You don't need shifting technology to rattle your industry. Tastes change. The world draws away from your product.
Even something as popular as hamburgers.
McDonald's is starting to sag, according to an intriguing front page story in Crain's Chicago Business. (The story isn't online, but if you want to subscribe to Crain's for $69 and read it, click here).
"Ronald McDonald isn't aging well" writes Crain's Lisa Bertagnoli, noting that the share of McDonald's business represented by families with children under 12 has slid from 18.6 percent of McDonald's in 2011 to 14.2 percent today.  A small shift, but a shift nonetheless. Add to that, as the markets have surged this year, McDonald's stock has slid 4.1 percent.
The burger giant is in trouble.
Why? The short answer, the story dances around, is the food's crap, and parents are becoming wise to it. As are their kids, who increasingly want a burrito as a treat. Which I would file under "Refreshing Good News" for everybody who isn't a McDonald's franchise owner or investor. 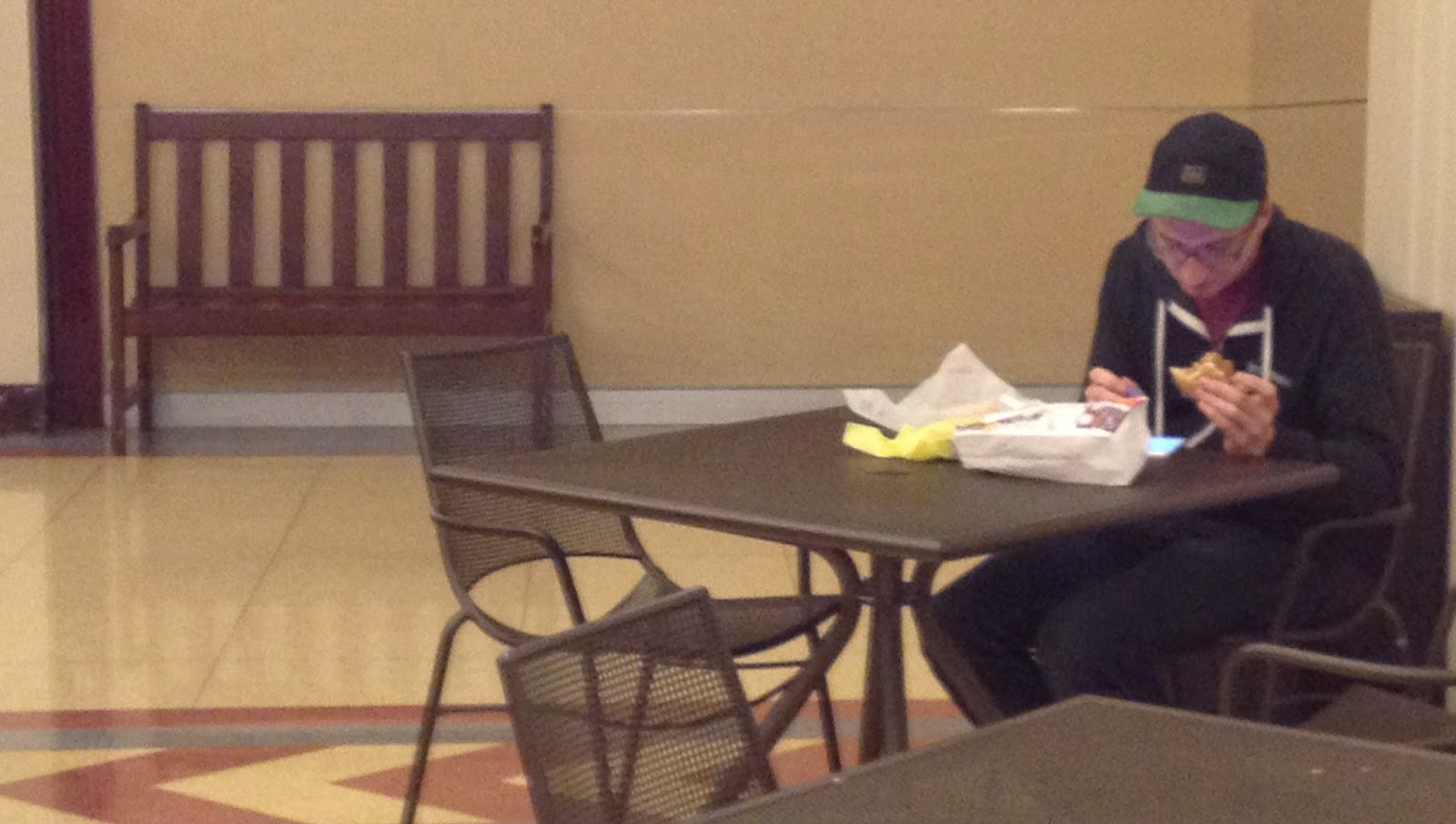 They lost me years ago. As someone who has been eating McDonald's, less and less, for 45 years, I can vouch for the trend. The place used to be an exciting indulgence. You're on a trip, you slide by McDonald's for a burger and fries. An Egg McMuffin in the morning with a cup of coffee, maybe some hash browns, counted as breakfast. The stuff was also good for late night munchies, a milkshake and a couple cheeseburgers to sober you up for the drive home. Then the kids arrived, and they had to be brought for bribe lunches of Chicken McNuggets and Happy Meal toys. They still do big business. McDonald's still has 14,000 locations.  But the winds are shifting.
If youth is lost, the future is lost. My boys, 17 and 18, were weaned on McDonald's, but now make a face if I were to mention McDonald's. I used to be good for a cheeseburger a year, but now I can project how I'll feel after eating that cheeseburger, the greasy-toothed, what-have-I-done feeling, and resist.
When, during our summer vacation the family had to stop at at fast-food strip, McDonald's was scorned by the boys for Taco Bell and Kentucky Fried Chicken (I couldn't do those two either, despite being quite hungry. I pushed on to a White Castle, whose food, while no better than McDonald's from an objective point of view, still carries nostalgia and an emotional attachment. Loving White Castle is being hip to the siren lure of arcane Jack Keroac Americana. Loving McDonald's is just being a prole). 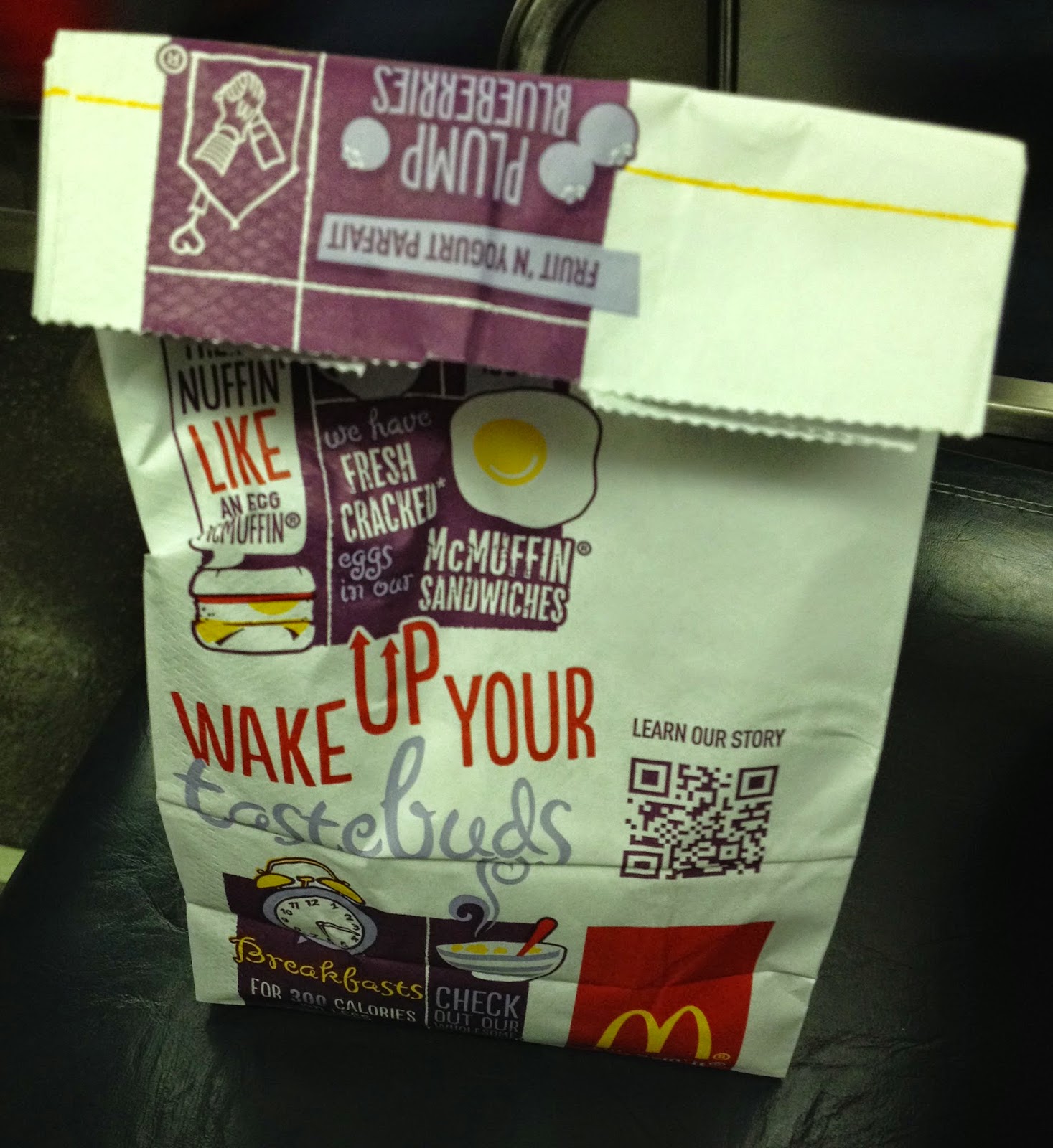 McDonald's is actually worse than laid out in the Crain's article.  The restaurants themselves, which used to be these red and white tile gems, are uniformly ugly. You can't get out quick enough, which might be intentional on their part.
Their graphics blow too. Who is this bag supposed to appeal to? It's just hard on the eyes. Any independent coffee shop has a better palette and more pleasing visuals.
Plus service at McDonald's is a depressing parody of what the dining out experience should be. The one circumstance over the past three years where I might actually order something at a McDonald's is while waiting for a train at Union Station, where I might slide over to get their 99 cent vanilla soft serve cone.
Which you would think would be hard to screw up—frozen comestible substance balanced atop a dry sugar cone.  I'm not expecting homemade, and their cone is fine, once you get it.
But first they have to give the assemblage to you, and here's where McDonald's really falls on its face. From the slurry mumbled greeting "Welkumcdonah, may-eyetekurder?" to the receipt wordlessly thrust in your direction, it's as if the process of buying food at McDonald's was designed to humiliate you, as punishment for eating there. 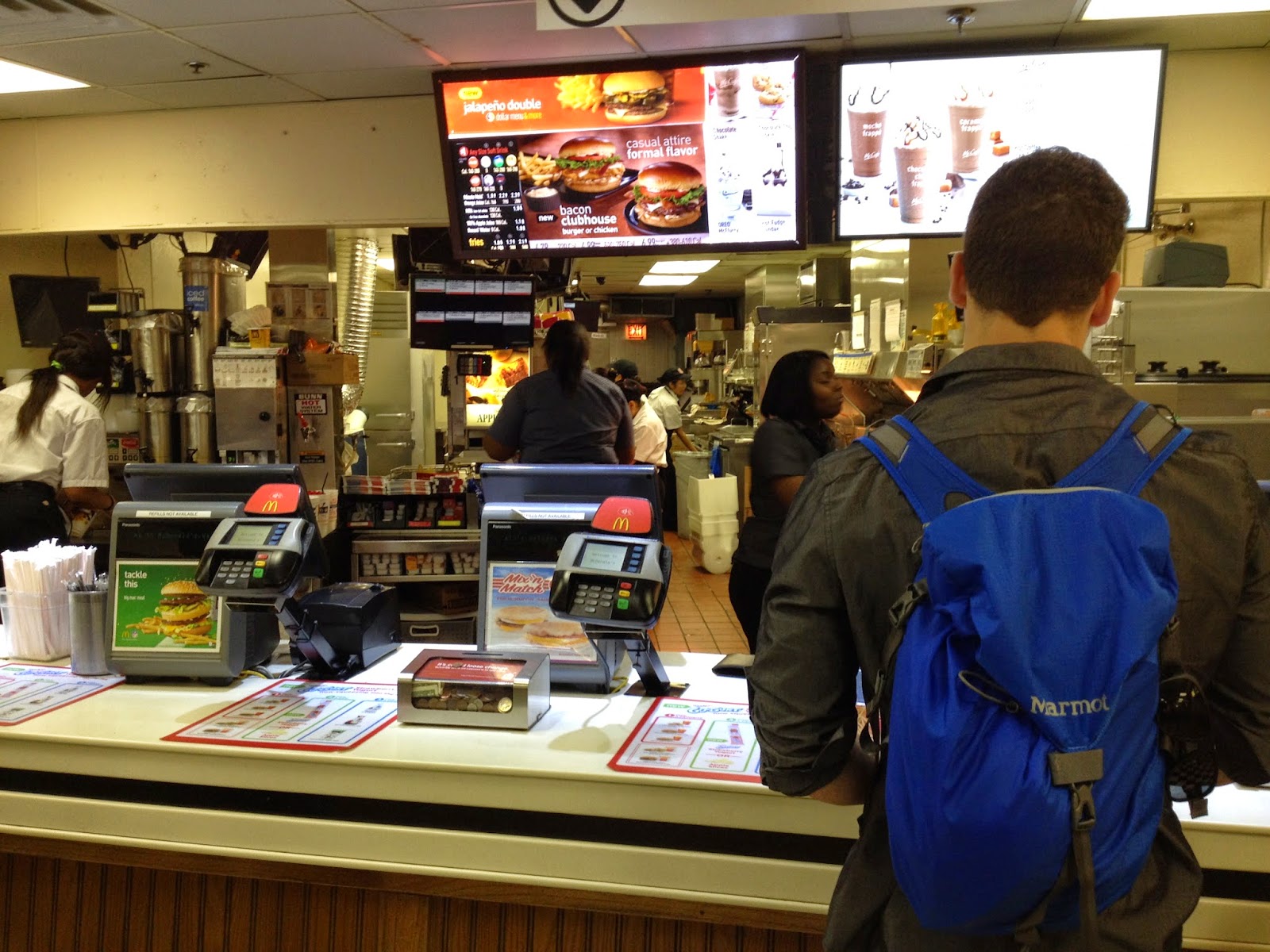 The last time I ordered a cone at McDonald's (underline that "last" because I wouldn't go back) nobody even bothered to hand me my cone. It was just set, by a harried worker, down the counter, where it sat, while I listened to them calling out numbers, in the charmed notion that somebody would call my number and hand me the friggin' 99 cent cone. Eventually, when the numbers edged past the one on my receipt, I realized that the cone just sitting there must be mine, and snaked a hand in and took it, while the nine people behind the counter all looked at me like I was stealing the thing, and slunk off to eat it, feeling somehow debased and ashamed.
Half melted too. Though the worst part was just watching these miserable employees stumble about their business. I felt guilty giving money to that, like I was supporting some kind of crime akin to human trafficking.
So good riddance to McDonald's—the downside is that it's very big, and will no doubt take a very long time to vanish. If it weren't so huge, and so dripping in bad faith and skewed values—they're the people who think Ronald McDonald is attractive—I'd hold out hope for a turnaround. Nobody wants to see a company die. But in this case, they had their run, and you can't say the world will be worse off when they're gone.