A visit from the Dog Police 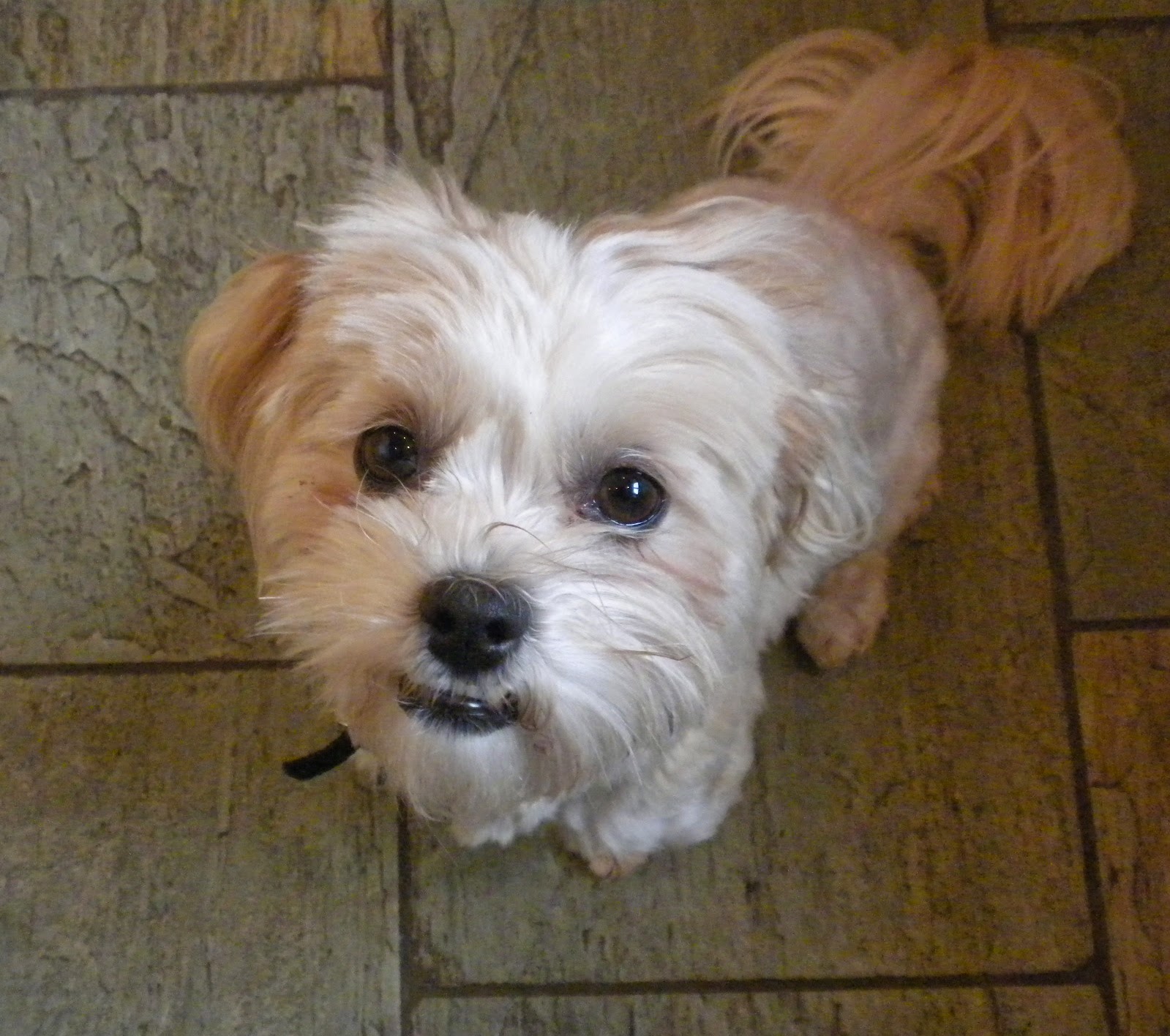 "Where's Kitty from?" a dinner guest asked, moments after she walked in the door and, by necessity, met our dog.
Silly me. I assumed she meant the name. Where's the name "Kitty" from.
"There's actually an interesting story," I began. "'Kitty' is short for 'Katerina.' She's a character in Anna Karenina. See, we had two cats, Anna and Vronsky, and they..."
"No, no," our guest continued. "The dog. Where did you get the dog from?"
Ah.
The great moral question of our day.
Now that religion is no longer a handy way of quickly establishing your superiority over others, pets have assumed that role. "Where did you get your dog?" isn't an idle question; it's an insinuation, an accusation, fired from the safety of the moral high ground. At the top of the pecking order are PETA zealots, who of course wouldn't have a pet at all -- mere slavery, in their eyes, and demeaning to the animal to suggest that something as foul as a human can exert dominion over it just because the human feeds it and cares for it and provides for all its needs.
On the next lower rung are those who, compelled to share their quarters with animals, adopt pets from shelters, with the sense of moral purity tossed in free.  These people seem constantly on the hunt for inferiors to educate. Puppy mills are horrible, yes, but not every breeder is an abusive puppy mill. Nor do other social wrongs get the same treatment. Nobody ever asks, "Where did you get those khakis from? You didn't get them from a sweatshop in China, did you?"
I've had the question put to me a dozen times, with a cocked head and an arched eyebrow. They see our cute little dog, obviously not a mutt, and their suspicions, well, they just can't control themselves. Blood in the water.
"We rescued her from a breeder," I've taken to answer, hoping to sow confusion.  I haven't yet said, "We got her from None of Your Fucking Business Farm." But that's coming.
Anna and Vronsky, I rush to say—maybe it'll cut down the death threats—were adopted from the Chicago Anti-Cruelty Society which I referred to them for years after as "The Cruelty Society" for their demeaning, you-aren't-going-to-eat-these-cats-are-you? interview. Cruelty to people is fine. For a moment we were worried they'd decide to put the cats down, just to spare them the indignity of falling under our control.
Our dog was found online, by our younger son, adopted as a small puppy, from a woman in Evanston who, well, I'm not exactly sure where she got her puppies from. Maybe she  grew them from seeds. But if the puppy was abused, then all dogs should be so abused, because she's the sweetest, happiest dog I've ever met. We're delighted to have her.
Back to our pre-dinner conversation, which devolved from there. Let's say my hosting duties trumped my pride, and I did not tell her to take her superior stray-rescuing ass back out the door. But it was touch-and-go for a moment.

This exchange came to mind this week when the GoDaddy domain name giant pulled "Journey Home," their Super Bowl commercial, after howls of protest because how it depicts puppies. An adorable pup, "Buddy," bounces out of the back of a pickup truck, laboriously finds his way home, crossing railroad tracks and hiding out from a rainstorm under a bridge.
"Look it's Buddy! I'm so glad you're home," the joyous owner exults, sweeping the pup into her arms. Then her voice drops, menacingly. "Because I just sold you on this web site I built with GoDaddy—ship him out!"
Funny, right? The sweet moment punctured.
Wrong. Not funny. Not funny at all.
"If you can buy a puppy online and have it shipped to you the next day, it's likely you're supporting inhumane breeding," the Society for the Prevention of Cruelty to Animals tweeted, apparently having no actual animals to save. Tens of thousands of people, similarly situated, signed online petitions.
GoDaddy, no doubt happily enjoying this spasm of publicity without actually having to lay out the millions to run the commercial, promptly announced they'd instead run one of their buxom GoDaddy girl commercials, causing all sorts of additional on-line gripping about that—though not so much this time that the commercials won't air.

Why is that? Why is mildly alluding to the fact that dogs are bred and sold—they are, and glad we are of it—unacceptable in 2015, but giggling jiggle-jugged spokesmodels are just fine?
"Why outraged over GoDaddy Puppy and not GoDaddy girls?" one tweet asked.
I'll take that one.
Twas always so.
People have more sympathy for animals than they have for other people. This is nothing to be proud of, and nothing new. New York City passed its first anti-cruelty to animals law in 1867. Seven years later, when religious missionary Etta Wheeler wanted to save a 9-year-old girl, Mary Ellen Wilson, from being beaten and abused, she found there were no laws being violated, and the police shrugged. So she turned to the Society for the Prevention of Cruelty to Animals, arguing that Mary Ellen, as a child, was sort of an honorary animal, almost as good as a horse or a cow or a turtle or any of the creatures who were protected under the law. The SPCA was convinced, and went to bat for little Mary Ellen.
Our hearts go out to animals, because they're so cute and because they don't have any of those qualities we so despise in human beings. All the better if we can stand up for the animals we claim to love while simultaneously running down the people we obviously hate.  Nobody is protesting the men slamming each other into ground beef on live TV Sunday. But one Hollywood pup play acts getting sold, and our hearts bleed. It's not about helping animals so much as it's about puffing ourselves up.
Or to put it another way, nobody ever says, "Hey, lots of kids in orphanages--why didn't you adopt?" But then again, that's people, and they don't count as much.