Do Jews go to heaven?

I thought of that exchange—if you missed the humor, shrimp aren't Kosher, thus observant Jews don't eat them—this week, after Monday's column on Pope Francis' remark about how insulting speech should expect a punch. As often happens, the point of the column—why is the pope apologizing for violence?—was ignored by those who preferred to zero in on what they considered a lapse. In looking for an example of how the Catholic Church insults me, I picked the lowest hanging fruit: its belief that Jews go to hell.
That drew a fusillade of response.  Based on my replies, you'd think the Roman Catholic Church were some squishy, c'mon-in-everybody faith famed for its acceptance and inclusion, like Unitarianism or Baha'i.
"Wrong, wrong, wrong!!!" wrote Gloria Callaci. "That's as untrue and inflammatory -- pardon the pun -- as the old claim that Jews like to sacrifice Christian children!" She continues.


Rather, Jews are considered our elders in the Abrahamic faith which is shared by Jews, Christians and Muslims. Their holy covenant is considered to be valid by the Catholic Church and to be respected by Christians. After all, Jesus lived and died as a Jew; he was never a Christian, let alone a Catholic! We believe that God wants ALL humans, even atheists, to enjoy eternal life with Him, not just Christians. That's the "official line."

"The Catholic Church does not really teach that Jews wind up in hell," writes Brother Tom Mahoney, at St. Laurence High School. "I would not continue to belong to a church that did."
"A practicing  Catholic, and I don't believe all Jews go to hell or only Catholics get to heaven," writes Harry Gortowski.
They seemed to be basing this on their own experience. They were Catholics, so they knew.

Those who offered up evidence ended up aiming slightly down and to the left: demonstrating, not what Catholics believe about heaven and hell, but rather that Catholic officialdom has said nice things about Jews over the years.
"Your comment was that the Church places all Jews in hell just for being a Jew.... that is false," Robert Carroll wrote. "Benedict XVI wrote his book Jesus of Nazareth in conjunction with Rabbi Neusner and this collaboration was based on sincerity and admiration for each other's understanding — this would not have happened if the Pope was saying doctrinally that all Jews are subject to eternal damnation...
Maybe.
Some comments were the usual, "Oh-you-hate-us!" swoon. Some demanded an apology. Many were very thoughtful, such as this, from Charles G. Bolser, C.S.V., pastor of St. Viator Parish:


I just finished reading your recent commentary "Pope stumbles over Hebdo." While I do agree with your premise, I would like to offer one correction - "Where do Jews end up? Hell. Our children? Hell. Damned to eternal torment in a fiery furnace for the unforgivable crime of being ourselves. That isn't a doodle on a magazine, that's the official line, softened with various throat clearings to make it appear less vile, but here nonetheless." I will agree that at one time, that was the official teaching. Jews, Protestants, Muslims, Atheists, etc., etc., were condemned to Hell - for many reasons. However, as most institutions or organizations do over time, they experience new insights and wisdom as they break from the traditions of the past - painfully and slowly, but break nonetheless...

My point however, is that the Catholic Church today does not hold, teach, accept or approve of your statement under any circumstance. There are still many "out there" who do, but they are not the church. The Church, as defined once upon a time by a famous Irish writer is "here comes everybody." Like all organizations we live with extremes on both the left and the right with most somewhere in the middle as life continues to evolve and transform the world.     I agree with your comments on tolerance, but would also push it a bit. I would hope that we could all not just accept diversity, but to respect, honor and treasure diversity in all forms. When I look at our universe and our world, in all of its grandeur and beauty, I find that diversity is the key to growth and life, while conformity results in death. This holds true for the physical evolution of life, but also true for the intellectual and spiritual. There is no one religion or belief that says all that can be said as life continues to unfold in mysterious and wonderful ways, but always engaged in a struggle - painful at times, but at other times wonderful to behold in the simple and compassionate works of so many individuals.

While I could feel the goodwill of writers such as Rev. Bolser, I just didn't buy it. Is he really claiming that, when it comes to getting into heaven—what this is about, remember—the Catholic hierarchy doesn't think that being Catholic is necessary?  Observing the sacraments is not necessary? Just be nice to folk and don't commit crimes and an eternity of sitting cross-legged at the feet of the Jesus you don't believe in awaits you. Is that the official line now?
And while the honest answer to Rev. Martin Deppe's question—"On what basis can you claim this as the “official line” of any Christian denomination?"—was "intuition," I figured it wouldn't be that hard to find the actual language.
And it wasn't. 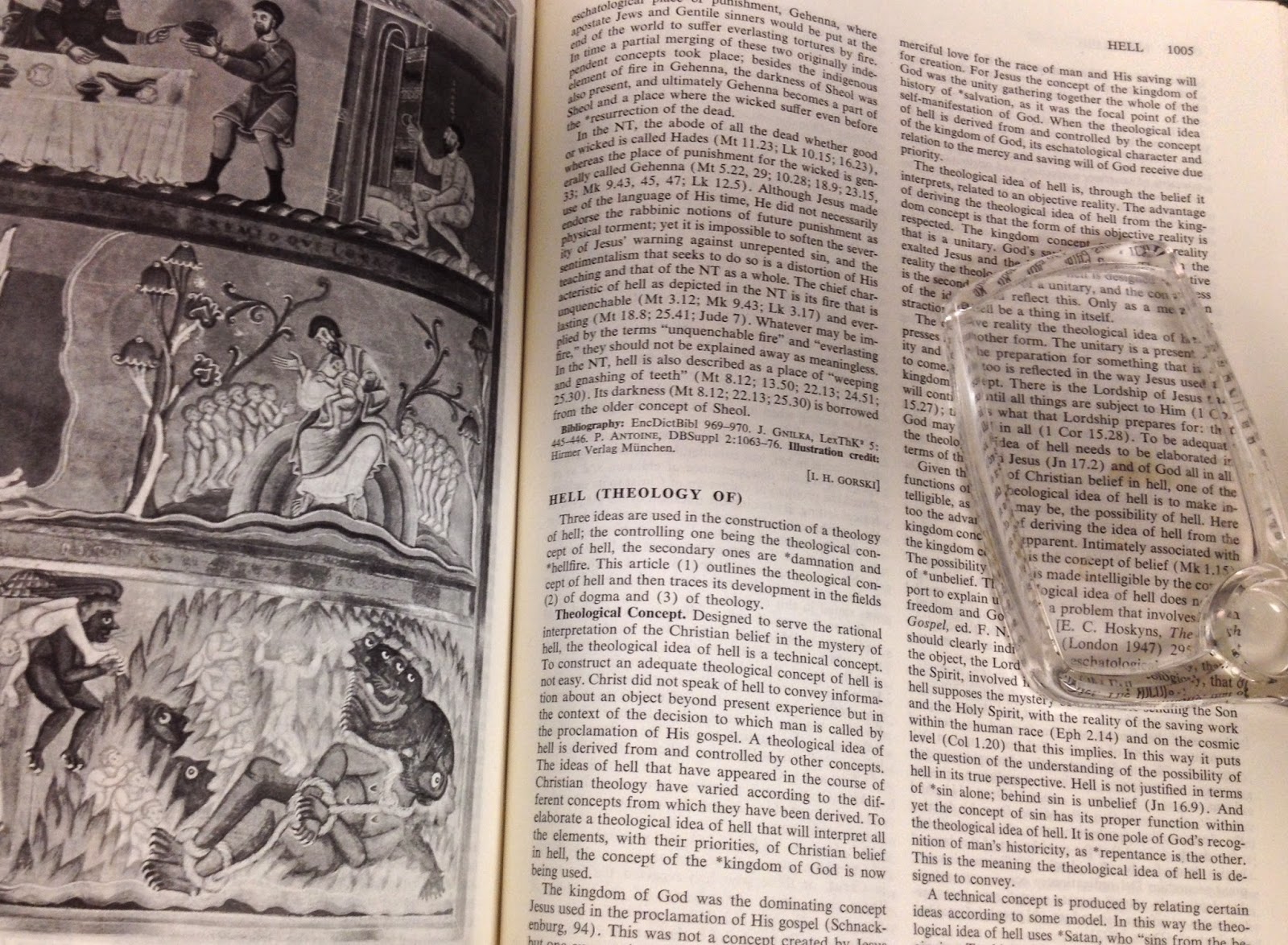 As a proud owner of a 17-volume New Catholic Encyclopedia, I'm happy to have any opportunity to use it, and therefore justify the real estate it occupies in my office. The entry on "Heaven (Theology of)" boots Jews out in the opening line: "Heaven is the state of happiness of those who have died in Christ."
Jews, I shouldn't have to point out, do not believe in Christ (well, not in the divinity of Christ. I believe Jesus existed, and had a lot of interesting things to say, but I can't believe that gets me waved past St. Peter).
That is not to say that there are no Catholic teachings that prop the door open for Jews, but those seem to be designed to slip in Moses, Abraham, etc., and if you read them closely the exception is made for those in ancient times who didn't have the opportunity to embrace Jesus Christ, not, as I state in my piece, those like myself and my kids who defiantly remain Jewish despite the chance of salvation dangling before our eyes.
No being in heaven implies being in hell. Where else is there? I skipped over to "Hell (Theology of)," conveniently in the same volume. It does take a bracingly non-literal view of hell that, I will be honest, was surprising. "Only as a mental abstraction can hell be a thing in itself."
It too is heavy sledding, but as best I can understand, hell is separation from God, and thus everybody who doesn't believe in Jesus is already in hell. "Hell is not justified in sin alone: behind sin is unbelief...separation from God is the theological idea of hell."
Of course, it could depend whether they mean separation from Deuteronomy God or Holy Trinity God. In the former, that wouldn't necessarily put Jews in hell, only atheists.
My Catholic Encyclopedia was published in 1967, and, responsible reporter that I am, I thought to check a more recent text. Maybe gates to heaven were thrown open in more recent years.
The Catechism of the Catholic Church: Second Edition, under the Libreria Editrice Vaticana imprint sounds both relatively recent and fairly official, "Revised in accordance with the official Latin text promulgated by Pope John Paul II."
What does it have to say? It took a bit of searching; no wonder people prefer to simply imagine to be true whatever most suits their purposes in any given situation. But eventually I found it, line 1034, appropriately enough under "IV. Hell"


Jesus often speaks of “Gehenna,” of “the unquenchable fire” reserved for those who to the end of their lives refuse to believe and be converted, where both soul and body can be lost.614 Jesus solemnly proclaims that he “will send his angels, and they will gather... all evil doers, and throw them into the furnace of fire,”615 and that he will pronounce the condemnation: “Depart from me, you cursed, into the eternal fire!”616     1035  The teaching of the Church affirms the existence of hell and its eternity. Immediately after death the souls of those who die in a state of mortal sin descend into hell, where they suffer the punishments of hell, “eternal fire.”617

"Refuse to believe and be converted" -- that would be Jews, would it not?
Not to belabor the point--though that is a succinct definition of religion if ever I heard one: belaboring the point.
So I was right. But that is not the end. I learned something from this, beyond validation of my credo that most people who offer corrections are themselves wrong (Several people said, "I was never taught that Jews go to hell." Of course not. They don't have to. It's understood). 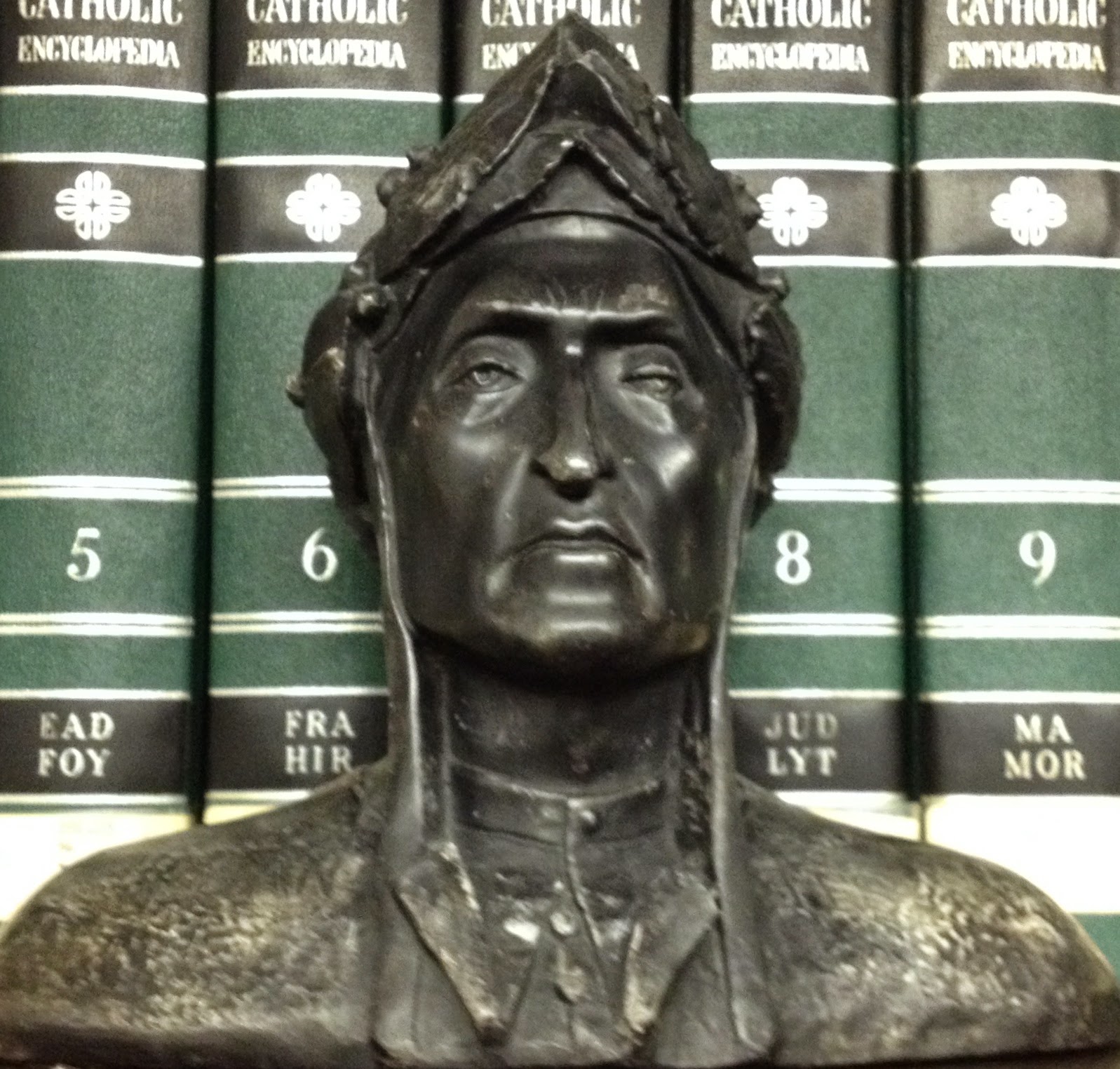 What I carried away is that the Catholic faithful diverge from the official teaching on a lot more than just contraception. So much so that they don't even know what the official teaching is any more. This is nothing new either. One of the many delights of reading The Divine Comedy to my older son was 31 cantos into the third book, Paradiso, when Dante pauses from staring agog at the glittering roseate heaven, with angels coming and going, like bees, their faces aflame with glory. He points out, almost as an aside, that half of heaven made up of Jews.
That was the cause of some controversy in the church, and not because Jews were so welcome in heaven. But I loved it, and considered it a reward for sticking through hundreds of pages of recondite Florentine politics and Catholic theology, not to mention all that weeping and fainting and mooning over Beatrice. A tip of the hat from my hero, the way, when I was a boy and my brother and I met pitcher Phil Niekro at the Queen Elizabeth Hotel in Montreal. We were thrilled when, taking the mound for the Braves, he waved to us, sitting in the boxes. Or so we thought, I'd swear on a stack of Bibles that he waved, and wouldn't want to know the dry truth that he of course didn't see us, he couldn't have, and was merely waving to the crowd that we were part of.
Sometimes you need to believe, and ignore the facts at hand. Religion, like language, is plastic, it changes over time, and drawing attention to a faith's outdated, ignored precepts can be a kind of bigotry, for which I am sorry, though, in my defense, it was inadvertent. As with every religious issue, there is a harsh way to view it and a humane way. I could say, "These Catholics, they don't even know what their own religion teaches." Or I could say—am saying, because I prefer this view—that change is hard, and takes a long time, and often regular people are far ahead, ethically, of the institutions that are supposedly leading them, but instead are being dragged behind by them.  Inclusion is a very modern idea, but not a purely modern idea. Dante obviously practiced it. And most of my readers who complained were complaining because they consider their faith to be a kind, loving, inclusive religion that welcomes all people into their special paradise. Or at least they want to seem that way, which is a start, and actually a very encouraging thing to report, and I am glad to do so.