There is fellowship among criminals. Each knows what they themselves are guilty of, and so harbors sympathy for those unfortunate enough to get caught. So of course Donald Trump, with God knows how many crimes and misdemeanors staining his soul, would look kindly upon former Illinois Gov. Rod Blagojevich his brother-in-arms.    Thursday morning we awoke to reports that Trump is "very strongly" considering pardoning Blagojevich, seven years into his 14 year prison sentence for corruption. Expect it to happen, and soon.
That is actually good news, of a sort. By commuting his sentence, instead of pardoning him, that means Blagojevich probably won't be able to run for governor again. Heck, given the public's demonstrated taste for mendacious egomaniacs without the capacity for reflection, Blagojevich would probably win.
The bad news is he will still be twirling in the limelight he adores, quoting Kipling, playing the martyr, Christ and Martin Luther King rolled into one. Don't expect him to merely fade away, like Mel Reynolds. Before he went into the big house, I mused on his cotton puff of a soul. If we are going to have to endure him again, a refresher course is in order. 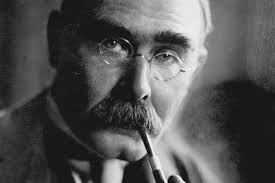 My God, the man quoted Kipling.
If anybody doubted whether Rod Blagojevich, our disgraced former governor, could really come through his self-imposed ordeal unchanged, if they doubted that, despite the arrest, the two trials, the 18 convictions, the harsh 14-year sentence, Blago could really remain the same self-pitying egomaniac he was at the start, all they had to do was see him pause before the media, which has been forced to record his every pompous, blown-dried word, to invoke his favorite bard.
"Rudyard Kipling, in his poem 'If,' among the things he wrote, was: 'If you can meet with triumph and disaster,' " Blagojevich intoned, as he left court Wednesday, " 'and treat those two imposters just the same.' "
Again with the Kipling. Again with "If," which Blago has memorized and quoted at moments of difficulty throughout his tenure.
"If you can keep your head when all about you/Are losing theirs and blaming it on you," he recited, three years ago, when he was still proclaiming his innocence and beginning the oblivious twirl in the limelight that no doubt earned him many extra years in the clink.
More Kipling. Thanks for the life lesson, governor. Kipling is not just the bard of British imperialism, but has become the poster boy for conceited self-delusion. Blago seems to think he's fighting off the Zulus at Rorke's Drift, one brave man facing hostile hordes.
That's not the tone he took when begging Judge James Zagel for mercy. But I have no doubt that the Blagojevich we'll see during the appeals process, or later in frequent jailhouse interviews (where he is certain to invoke Thoreau and Nelson Mandela), will be filled with injured self-pity and Gunga Din. To cope with that, we must keep our gaze locked on what, specifically, Blagojevich did wrong. When Barack Obama resigned his Senate seat to become president, it was the job of the governor to select a new senator. It is a big responsibility; a senator is a state's key advocate in Washington, determining how much federal money comes back to fund programs that millions rely on. I believe that any random Illinoisan, any housewife, cabdriver or busboy would instantly recognize the gravity of the task, and 99.9 percent would have acted accordingly.
Not Blago. He viewed this as an opportunity to profit, period. "I want to make money," he said. That was the beginning and end of the calculation. That isn't "horse-trading," that's barratry, the selling of an office. Not just a crime but a sin.
Were I the judge, I'd have given him less time in prison, because he is a pathetic figure, a lost soul, cut off from self knowledge. Even the Kipling he professes to admire could have saved him. Let's go back to "If:"

If you can trust yourself when all men doubt you
But make allowance for their doubting too.

What allowance did Blagojevich make? What allowance has Blago's father-in-law Dick Mell made, for that matter, that he can dare contemplate "the appointment of a political protege, possibly his daughter, state Rep. Deb Mell," as the Sun-Times has said, to his aldermanic seat? Gee Dick, haven't you inflicted enough relatives on us for one career?
Kipling wasn't just an imperialist taking up "the white man's burden." He had depth—he despised corruption, for instance, and would have loathed our governor. I'd like to quote some Kipling far more apt than "If" to this sad case. "General Summary" begins:


We are very slightly changed
From the semi-apes who ranged
India's prehistoric clay.

Who shall doubt the 'secret hid'
Under Cheops' pyramid
Was that the contractor did
Cheops out of several millions?
Or that Joseph's sudden rise
To Comptroller of Supplies
Was a fraud of monstrous size
On King Pharaoh's swart Civilians?
Thus, the artless songs I sing
Do not deal with anything
New or never said before.
As it was in the beginning
Is today official sinning,
And shall be for evermore.