Two memories of the late State Sen. Bernie Neistein, who popped up in yesterday's post about Nate Perlstein. First we are sitting in big chairs the lobby of the Carlisle, a fancy Gold Coast condo. He has a cigar in his mouth but isn't smoking it, and is giving me the lowdown on politicians.

"They're all crooked, all of 'em," he says, jabbing a thick finger in the air for emphasis. And then stops, a realization dawning, a smile breaking out in his jowly face.
"Except Paul Simon!" he adds.
I loved that. The second, he's invited us to hear him play violin at the Loop synagogue. It didn't seem an invitation that one turned down, so Edie and I show up to hear him play. He plays, there are bagels and lox involved. That's it.
This obit is a reminder that while Republicans might be refining corruption to an art form, they certainly did not invent it.

What was state Sen. Bernie Neistein like? When a city worker who lived in Mr. Neistein's precinct, along with his wife and mother-in-law, all made the mistake one election of voting for a Republican, Mr. Neistein didn't just stop after having the man fired.
"I bought the two-flat they were living in and watched as the guy and his wife and their kid and her mother were thrown out on the sidewalk," he told a reporter in 1999. "Later, I sold the building at a $500 loss. It was worth every penny."
Mr. Neistein, 87, the last of the West Side Machine bosses, a man who grew wealthy doing exactly what the Democratic Machine wanted, died Friday at Northwestern Memorial Hospital.
For the last several decades, he was a colorful, even beloved figure on the Chicago scene—a gravelly voiced, cigar-chomping, homburg hat-wearing old pol telling tales of political mud fights. He also was a professional-quality violinist and a contributor to several charities.
His persona largely effaced his earlier reputation as absentee West Side slumlord who ran the 20th Ward as his "personal plantation."
"He had the biggest heart of anyone I know and did more for more people than anyone I know," said his nephew Norman Berger. "I do know that until the moment he took his last breath, he was a loyal and committed Democrat and believed strongly in the principles of the Democratic Party."
There were also allegations that Mr. Neistein was the mob's front man in Springfield, as he made a fortune buying up real estate in the path of the proposed Eisenhower Expressway and didn't care who knew it.
But he never went to jail.
The only official censure he ever got was in 1989, for giving a $10,000 loan to Judge Reginald Holzer. Holzer was sentenced to 18 years in prison for that and other convictions related to the Greylord probe. Mr. Neistein's law license was suspended for 30 months.
"He did so much for so many people in making the city great that while people may have written articles criticizing him, that completely takes the focus off the greatness of this man," his nephew said.
He was born Bernard S. Neistein on the West Side on Aug. 15, 1916. His father was a Russian-Jewish tailor.
He graduated from Marshall High School in 1932 and received his law degree from DePaul University Law School in 1937. At age 20, he was the youngest DePaul Law graduate up to that time, his family said. World War II interrupted his career—he served for two and a half years in the U.S. Army in Europe and was known for smuggling kosher salami and sharing it with the troops, according to his nephew.
He became a bailiff in Municipal Court in 1954, and two years later he ran for state representative in the 16th District and won. He later became a state senator for 16 years.
In the early 1970s, political reformers challenged Mr. Neistein's lock on the West Side.
"The 29th Ward, in the middle of the decaying West Side, has been the personal plantation of former state Sen. Bernard S. Neistein for 13 years," began a 1973 article in Chicago Today. "As Democratic committeeman, he has controlled both parties in the ward as well as jobs and votes."
But his daughter Evaly Jerome described him as a "very gregarious man, very warm, funny, generous and loving father and grandfather."
Survivors also include five grandchildren and two older sisters.
Services will be at 10 a.m. today at the Weinstein Family Services, 111 Skokie Blvd., in Wilmette. Burial will follow in Waldheim Cemetery, 1400 Des Plaines Ave., Forest Park.
—Originally published in the Sun-Times, Oct. 5, 2003
Posted by Neil Steinberg at 12:00 AM 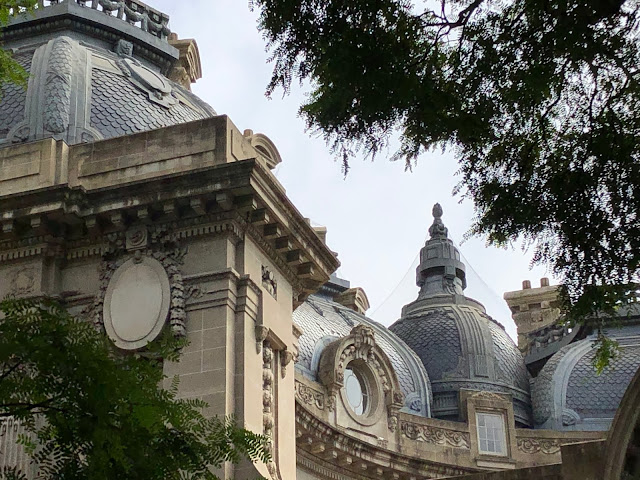