Tiptoeing through the moral minefield of the young 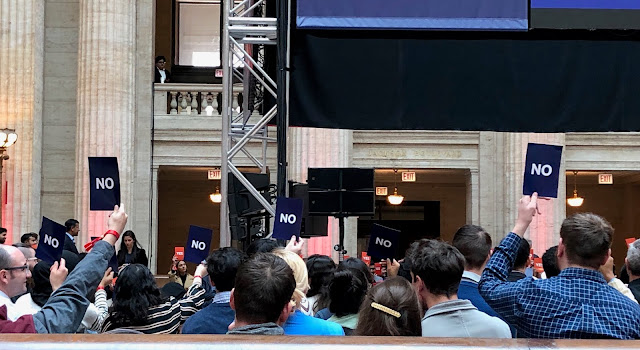 Sympathizing with yourself, or with those exactly like you, is not the laudable exercise of virtue that some seem to imagine it being, but ordinary selfishness disguised as morality. The trick is to have compassion for those different than yourself.
That’s much harder.
None of this was in mind last week when an old pal showed up at the newspaper shepherding two dozen Canadian college students: bright, attentive multi-cultural kids bristling with enthusiasm.
At first.
Then I spoke.
In my defense, I had asked my friend: What should I talk about?
“Just be you,” he replied. Bad advice.
This being Chicago, I figured, start with corruption. Start with Ed Burke, the lion of the City Council, hauled away by the feds last year for trying to jam his hand too far up the goose that was a bit too slow laying the next golden egg.
“The scandal is what’s legal,” I said. They nodded. Condemnation is good.
But finding fault in others, like lavishing sympathy on yourself, is too easy. The media is also part of a compromised system, I continued, influenced by proximity and the need for access. 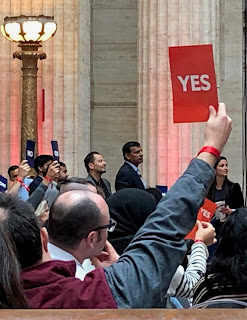 Everything was swimming along. Maybe a bit dull, because my pal offered an idea:
“Tell them about Barack Obama calling you from Africa,” he said.
Sure! He had called to complain about something I wrote. I eagerly told the story, blundering into the briar patch of race, gender, and class. I could see them souring, one by one. The more I tried to twist free, to extricate myself, the deeper I sank.       Afterward, a few wouldn’t pose with me for a group photo. As if I were radioactive.
Later, I asked my friend what had bothered the students most.
I had, he replied, described women who stood on Cicero Avenue and exchanged sex for money as “hookers.” And newborns scourged by cocaine as “crack babies.” Instead of, I assume, ”sex workers” and, geez, I don’t know, “babies with special needs due to in utero narcotic use” or some such thing.
The famous “cancel culture” we’ve heard so much about. One strike and you’re out. Big among college youth, trying to fight bigotry by unconsciously imitating its methods.