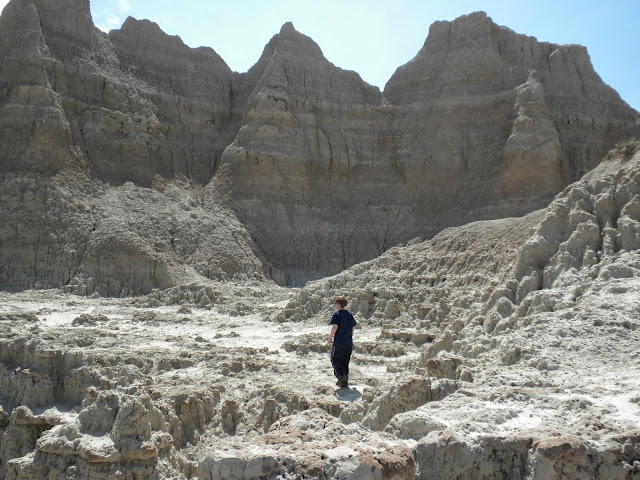 Last week I started thumbing through old columns about my son Ross, who turns 18 today, thinking I would reprint one here. They were so touching, I ended up running a bunch of snippets from over the years, as a sort of greatest hits, in the paper on Monday (you can read it by clicking here). I was pleased that so many readers wrote to say they were moved by it.
One column, from June 7, 2002, stood out, illustrating how one of the many beauties of children is the way they force their parents out of their comfort zones and into the world.  I want to reprint it today, as a birthday gift to myself, maybe to him and, I hope, to you too.


'Will we need to learn Indian language to communicate with the chief?"
The question came from my oldest son, then 5, as we drove to our first Indian Guides meeting last fall. I smiled sadly, glancing at him in the rearview mirror, marveling at the naive assumption behind his question. Life can be so poor compared with possibility.
I almost didn't sign up for the Guides. Registration, late last summer at the local YMCA, was hectic, disorganized. The fee was $60. My son and I sat at the back of the room on metal folding chairs, waiting for someone to take charge, to make some kind of welcoming speech, something. Eventually we received instructions and a plea for volunteers. I almost took Ross' hand and quietly slipped out the door. That would be my way. I'm not a joiner. But my father signed us up for Indian Guides, 35 years ago. If he could take the time, then so could I.
Our tribe's first meeting took place in Chief David Nadig's garage early one Saturday. The garage door was open. Ross and I edged up to the group, all of whom seemed to know each other. No one turned to notice our arrival. Again, I almost spun around and left, but made myself stay. A good thing, too. Soon the kids were stringing beads on leather thongs and attaching them to a big banner that read "IROQUOIS,'' our tribal name, and contained the boys' handprints and names. The dads guzzled hot coffee and popped doughnut holes.
At Halloween we had our first overnight, sleeping in cabins at Camp Hastings. We carved pumpkins. Ross played floor hockey but not four-square ("It's just a simple game of catch," he said, declining, a phrase another father overheard and repeated, amazed). The boys got along immediately, hooting on the hayride, splashing in the pool. The dads were more tentative, navigating the social shoals with dadlike awkwardness--there was no beer to lubricate, no football to watch. We shuffled our feet, talked mortgages, kept an eye on our boys.
Over the winter there were other events--a winter carnival with an animal show, a craft session making little fringed buckskin coin bags, perhaps a landmark event since, after 75 years of Indian Guides, we may be the last cohort to associate with Indian culture. This past year, bowing to Native-American objections over the obvious insult of being connected with people such as myself and my son, the Chicago-based YMCA announced it is dropping "Indian" from the group's name. I guess we'll make plain leather bags next year. The purge seems voluntary--unlike the Boy Scout vendetta against homosexuality, there hasn't yet been an active scouring of the ranks. Certainly not judging by the Spring Roughout last weekend at Rock Cut State Park. Oh, "Indian" was banished from the commemorative patch--PC Uber Alles!--but otherwise the impact was almost nil. Our lovely Iroquois banner, with the small handprints of our white sons and their shameful Anglo-Saxon names, was proudly displayed.
There was a faux tribal closing ceremony led by several war-bonneted chiefs to the sound of drums. We marched by flashlight to a big campfire (hearing the mock war chants of "Hi Howareya! Hi Howareya!'' half Sitting Bull, half Shecky Greene, I conceded a point to all those joyless activists. No one's completely wrong).
Some 30 braves, all about age 6, sat around the blaze, each holding a white feather they would toss ceremonially into the fire. A chief clad in a war bonnet and golf shirt read a delightfully hokey speech about the Great Spirit and the West Wind (it's a comfort to me to realize that Native Americans don't have larger issues than their expressions being quoted in goofy/solemn rituals in the woods. Next Sinn Fein will come out against Irish soda bread). The speech concluded with an exhortation that a dad is his little brave's best friend.
At this, my own brave raised his hand. Reflexively timid (no wonder the Indians don't want me in their camp) I tried to shush him, afraid of what his question might be. But one chief had already noticed him. "Yes, young brave," he said.
"What if your mom is your best friend?" he said. I pressed my fingertips against my forehead. The circle rocked with laughter, and we headed back to our fire for s'mores and stories. The chief told the Sven Svenson story (another ethnic stereotype! We're practically the Posse Comitatus!) and Ross clutched my arm, tired, scared and happy.
By Sunday morning, as we busied ourselves making pancakes, a transformation had come over the group. Not the kids, but the dads. Sometime in the previous 24 hours, fueled by a perfect lakeside campsite, perfect weather, plus canoeing, fishing, hiking, swimming and great steaks, all in the company of our beloved sons, the dads had coalesced into a real group. We all pitched in. We all, finally, knew each other's names.
I was tempted to campaign against naming us "YMCA" Guides, which is ageist, sexist and religiously biased, in that order ("Association" can stay). Then I thought I'd like to change it to "Cowboy Guides." We could be Wyatt Earp's Gang. Let the activists chew on that. Instead, I'm letting it drop. I've realized the name isn't the important part. The important part is gathering in a group with our boys and our new friends. June is fleeting, only for a brief time does a boy want to share a tent with his dad, and I can't believe how glad I am that we joined.