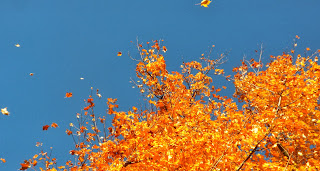 Mocking Oprah Winfrey is a dirty, thankless task, but someone's got to do it.  I've cheerfully assumed that futile but fun burden for nearly 20 years, and while it hasn't made a dent on the vast, sky-hogging, culture-spanning, armor-plated Death Star edifice that is Oprah Winfrey, objections were raised, and that counts for something. At least someone once referred to her as "that froglike dominatrix presiding over her Theater of Pain." As a rule, I try not to curse the inevitable, try not to shake my fist at the sun and decry the omnipresent. But with Oprah, I make an exception because, really, otherwise the chorus of praise, much of it from herself, is just too damn nauseating to endure:


Oprah, Oprah, Oprah...
How can we miss you if you never go away? It seems only minutes after your painfully protracted, celebrity-spattered farewell to when your talk show shut down Michigan Avenue for days — OK, it was in 2011, but it feels like yesterday — and now we’re being called upon to bid you goodbye yet again, this time as you put your West Side studio complex on the market, and maybe your swank Gold Coast duplex, too.
Well, ta-ta. It’s been fun. Don’t let the door hit you in your ...
No, no — positive thoughts. The high road.
Well, ta-ta. Don’t be a stranger ...
Oh, right, you were a stranger. As much as you liked to float your Chicago street cred when basking in the endless celebrity limelight that trailed you like your own personal sun, it wasn’t as if you were ever really here beyond the confines of your 15,000-square-foot Water Tower Place duplex. Not a lot of Oprah sightings in all those years you did that hall-of-mirrors show of yours. No river of Oprah bucks watering thirsty Chicago charities. More like a trickle.
Eighty years after Al Capone went to prison, he’s still associated with Chicago, too much. Two years after you left, well, as much as you must think of the city as one vast cargo cult, sitting in the lotus position learned from one of the endless chain of sham gurus you ballyhooed, scanning the skies for your return, well, we’re not.
But let's not go negative. Let's be positive. Let's wish you had been more supportive of your adopted hometown, in real, tangible ways beyond all that self-serving blah-blah, and then, why it'll become true, right? That's how "The Secret" works, right? Factual, tangible reality is for the soulless, the unspiritual. It's what's in our hearts that counts, and in my heart, you were a fixture each summer at the bake sale at Misericordia . . .
Whoops. Negative again. Maybe you did us a favor by not associating too much with Chicago, a practical city, a hardworking city, not given to crystals and magical thinking and the brand of snake-oil quackery that your program daily injected right into the brainstem of the American body politic. Why blame you if people bought it hook, line and sinker? "OWN" —the Oprah Winfrey

Network, a vanity project on steroids. I guess "Me Television" was already taken.
Or, in your defense, the public's gullibility was already there, and you just reflected it. You had your moments. Sure, too many were spent in squealing worship of brand materialism at its basest. But sometimes you rose above: One show, you sent a family from St. Louis to live in Mongolia in yurts. It was interesting.
(I should probably say, in the spirit of full disclosure, that I was a guest on Oprah's show once, nearly 20 years ago, promoting my second book. A four-hour ordeal I remember as a blur of endless waiting punctuated by frantic assistant producers with clipboards lunging past, of fellow guests blinking in wonder at indoor plumbing, of cheap vending machine muffins sweating oil in their plastic wrap, piled in the Green Room by minions of the richest woman after Queen Elizabeth II. Of how flinty, disinterested and queenly in a bad way you were in person. It is not a happy memory).
But let's not be negative. Let's not. Let's be positive. Our thoughts become our reality. The bullets will not harm us . . .
Credit where due: The West Side was a blighted war zone interspersed with pickle factories and sheet metal companies in 1990 when you opened your studio. Six years before Rich Daley snagged the Democratic National Convention and put in all those wrought iron fences and planters. So kudos to you, a true pioneer, if buying distressed real estate and putting in a TV facility that has no interaction with its neighbors is pioneering.
At least you'll make money selling this one, probably, as opposed to the store you sold earlier this year, at a $1 million loss, or the condo last year, losing $2.9 million (though really, what is money to you at this point? Which is another talent of yours we must marvel at: the ability to make lumpen, hair-in-curlers America feel that you were relating to them in the 46 minutes you spent gazing at their representatives sympathetically, a human version of Nipper, the RCA hound, except of course when you were always happy to cavort with the celebrities who beat a path to your door.)
So yes, off to Los Angeles with you, as if you weren't there already. Chicago will, let us say again, get by just fine without you, in a fashion remarkably similar to how we got along with you. Sort of how the TV-watching public adjusted to the loss of your program by emitting a complacent "moo" and flipping to whatever was on the next channel.
Posted by Neil Steinberg at 12:00 AM