Ed Kelly: Still getting even at 90: Rahm "is not a Chicagoan" 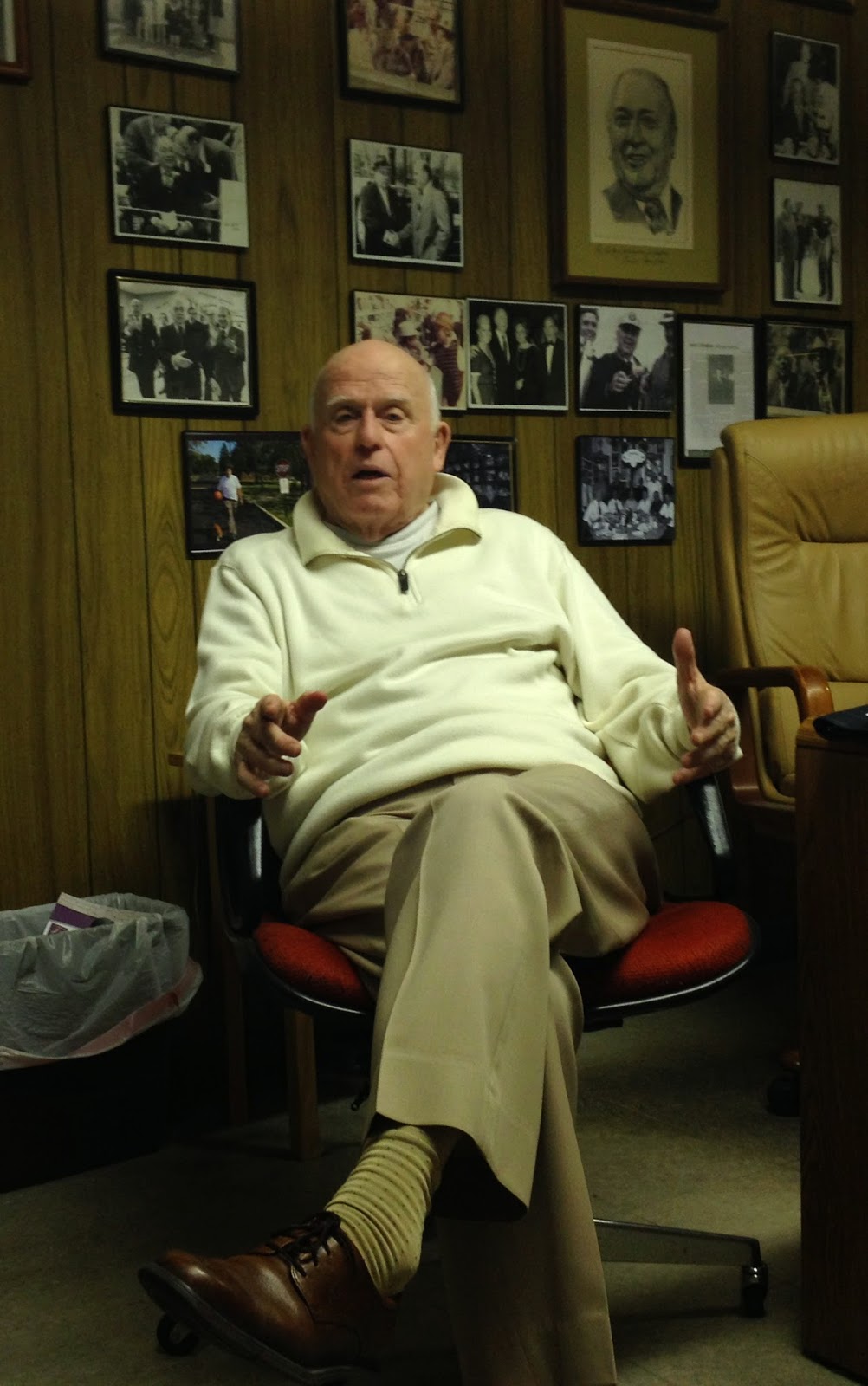 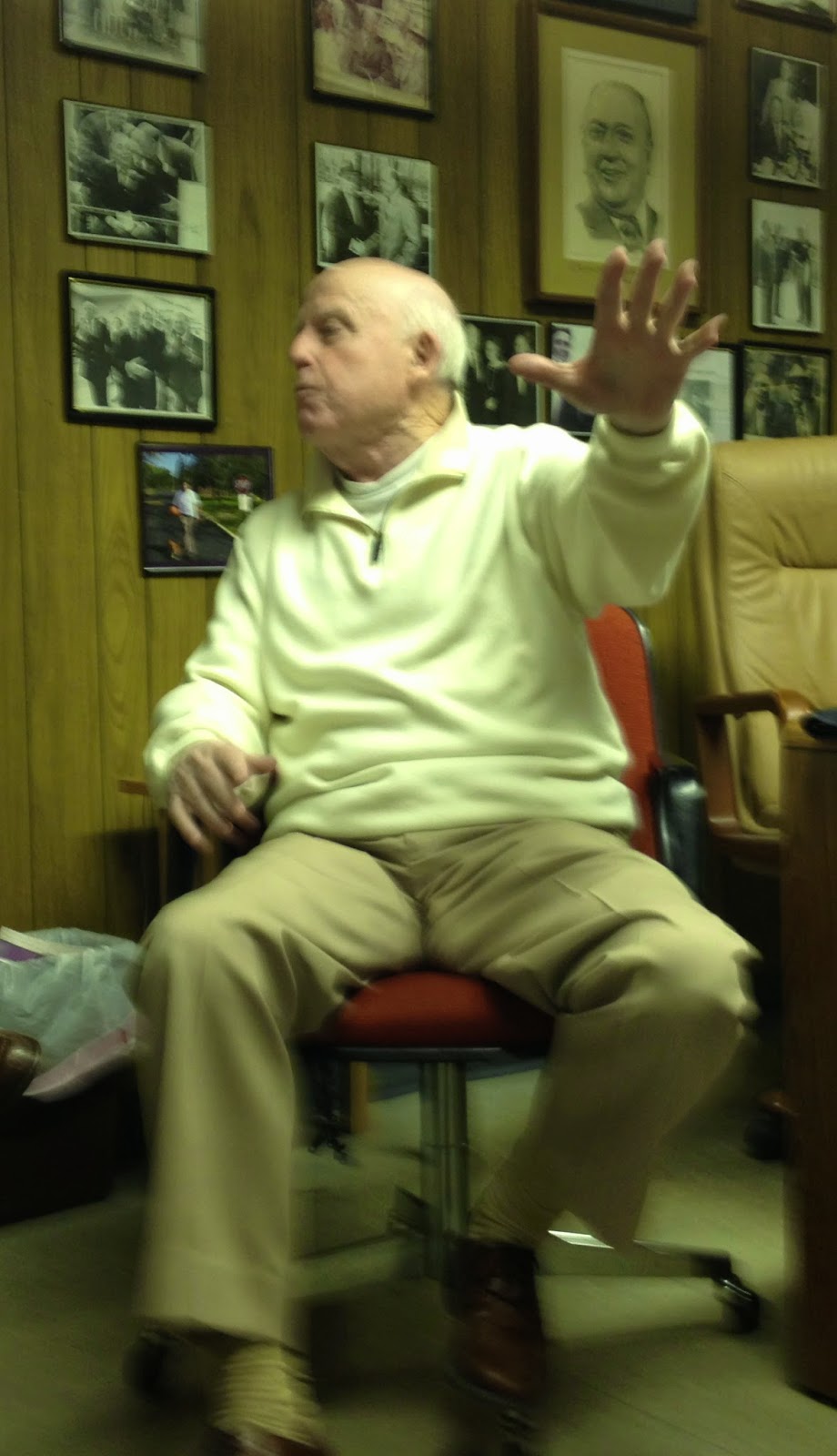 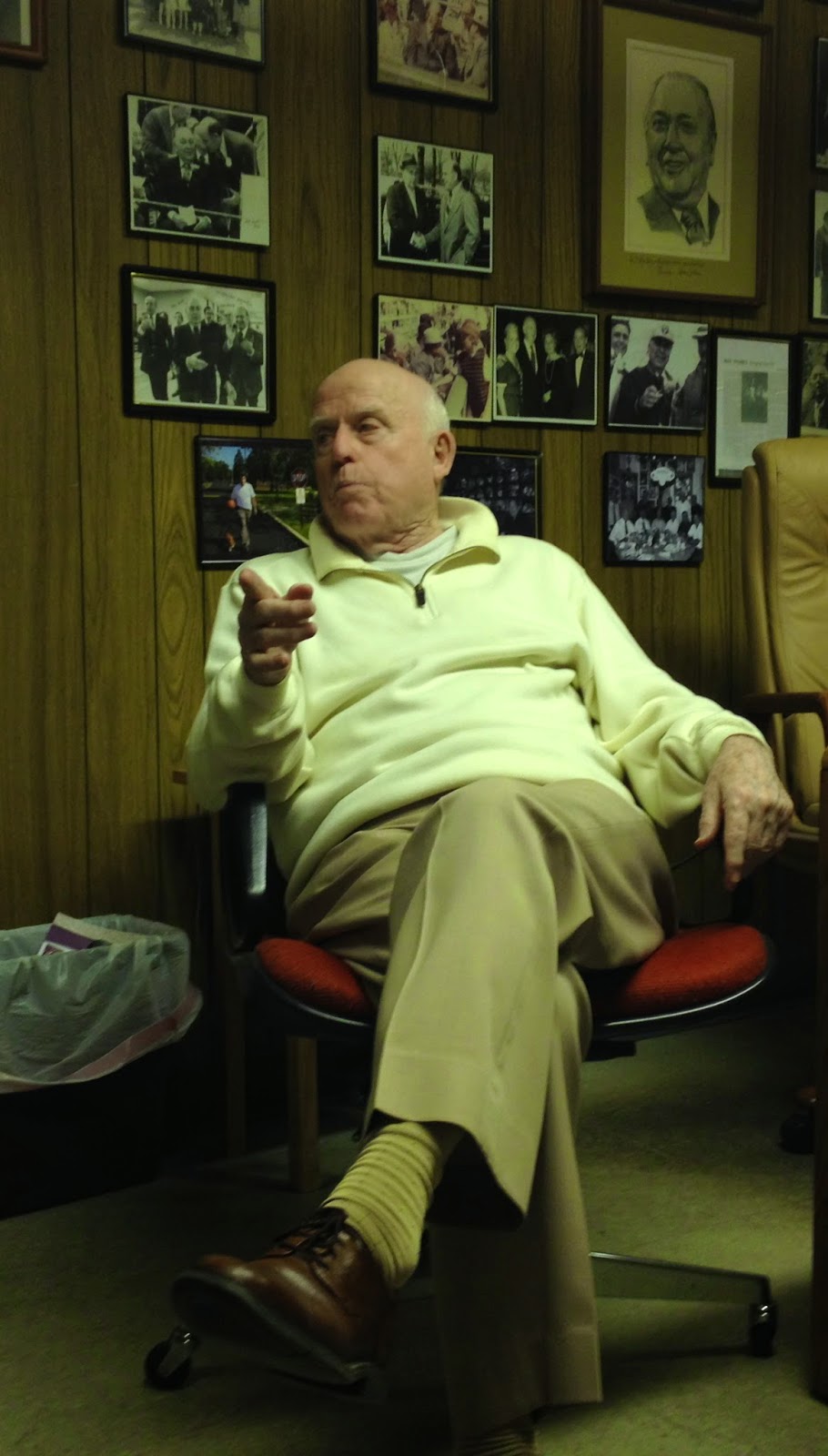 Edmund Kelly was born Aug. 19, 1924, and is one of the dwindling band of politicians from the Democratic machine era.
He talks about everything from his beginnings at Seward Park, his friendship with Mayor Richard J. Daley, his relationship with Harold Washington and why he feels so sorry for Rahm Emanuel. He became acting superintendent of the Chicago Park District in 1972. When Washington fired him 14 years later, he said, “I don’t get mad; I get even.” Here, in a sense, he does:

Seward Park. That’s where I was born and raised. My dad was a salesman with Pabst. My mother was a housekeeper. I grew up at the park. Things were very tough. Very tough people. The Depression was ’30, ’32, ’33. The family had no money. I said to my brother once, “How come we moved so much?” He said, “Because we didn’t have the money to pay the rent.”
He went to St. Phillip’s High School, where he was a guard on the basketball team and won All-City honors.

My life was going to school and coming back and living in the park. I was in that park seven days a week.
[We played] everything. Softball. Football. Every sport. Tumbling. Pingpong. Checkers. Then I’d go across the street and learn how to play dice. Not a choir boy at all. Down there it was survival of the fittest.

World War II found him a machine gunner in the Pacific.

When the war broke out, I just turned 17. I didn’t finish high school until 1942. I joined the Marine Corps. I was the aerial gunner in a Helldiver.
Having survived the war in the Marshall Islands, he almost didn’t survive the peace because of a show of force delivered to the Chinese.

We thought we would be coming home like everybody else. Instead we got sent to Shanghai, assigned because the Nationalists were fighting  the Communists. We didn’t lose anybody in our squadron in the Pacific, but some general had the idea we were going to show the Red Chinese we had air strength. They had all the planes go over and circle the city; we were the last ones in. We were diving on the city, and unfortunately we got caught in an unbelievable snowstorm in the all mountains. We couldn’t operate the radar and were running low on fuel, trying to get back. We lost six of our planes out of 12. We could hear the planes hitting the mountains, the crashes: boom. boom.

After the war, Kelly attended DePaul, played some professional basketball for the Oshkosh All-Stars, then did what people did back then — went to see his clout about a job.

George Wells was the committeeman here. My aunt and uncle stood up for his wedding. I didn't know him. George was the one I went over to see. He called and got me sponsored for a job. When I became committeeman, that's who I replaced.

He worked his way up the ladder in the park district, along the way influencing the lives of thousands of kids, including many who would become famous, from Gene Siskel to Harold Ramis to Wes Pavalon, one of the original owners of the Milwaukee Bucks.

Wes Pavalon wanted me to be the general manager of the Bucks. Wes bought us a home up there, so that we could come there. I didn't tell anybody at the parks that we were going to go to Milwaukee. I got a call — I was superintendent at Lincoln Park — the mayor's office called. He got me on the phone and said, "I want you to come down, I want to see you." I thought, "What the hell does Mayor Daley want to see me about?" I go down to see the mayor, four o'clock in the afternoon. He says he wants me to run for ward committeeman, and I say, "Oh, Mr. Mayor, I'm not really interested in politics, I want to run sports, coaching and that." After two hours with old blue eyes I come home and my wife says "What did the mayor want?" and I say he wants me to run for ward committeeman because George Wells has cancer. My wife says, "You're going run for committeeman? Well what does that pay?" I says, "It doesn't pay." She says, "What do you mean it doesn't pay?"
I didn't want to leave the parks. I really didn't want to leave the parks. I loved the sports and the coaching. I couldn't wait to go to work in the morning. I was so enthused. I'd see the kids and coaching. It was a labor of love.

He rose in the ranks. In 1972, Mike Royko described Kelly as "the ward boss of the 47th, the man who hands out the jobs, and trots out the votes," in a column noting that not only was the executive secretary of the 47th Ward Regular Democratic Organization on the park district payroll, but so were two of Kelly's four children.

Certainly. When I became superintendent, sure there was patronage. Absolutely. Certainly I helped kids. I have letters from kids, they were terrific workers.

He started reminiscing about the kids, I'm thinking, "Jesus, maybe he's trying to tell me something he don't want to tell me . . ." He says, "C'mon out in the car." I really thought he wanted me to leave the parks and come over [to City Hall]. We were unbelievably close. So I get into the car and he tells Grady to roll the window up. He's sitting there he starts talking about his kids: "If anything ever happens, I don't want nobody to hurt my kids." And I said "Nobody is going to hurt your kids, not if I'm around."He says, "C'mon, take a ride, I got a 2 o'clock appointment." [He] did not tell me it was with the doctor. It was 10 after 1. I said "I can't." He said "why?" I said I have to get that $22 mil for Soldier Field. He said "You're going to get the money." I said, "I don't trust them." I left him.

She was after my ass. She gets elected, next morning she calls my house, my wife answers, she says, "Let me speak to that bum." So I get on the phone, and she says "Eddie, I'm going out to the coast, when I get back, I need you, I want you to stay close to me." I say, "You're the mayor, I'll do whatever you want me to do." The next thing I know she's going to fire me. It's in the paper.
After, I talked to her. I said, "You crazy son of a bitch." Later she tells me what happened. They were drinking. They were pumping her up I was going to run against her. I had all the votes, killed her. Finally Eddie [Vrdolyak] told her, "Don't screw around with him, he can hurt you." I said, "Don't do this or I'll come out against you personally." She backed off and said put whoever you want in there. I wish I could have helped her, but she never called me. The last few years she trusted me more than anybody. It was a shame. The first two years she was really struggling. The last two years she started to really become a mayor.


But he was accused of lavishing resources on parks in his community and shortchanging parks in black neighborhoods. There was a federal investigation, and Harold Washington fired him.

I felt really bad, because I know the guy. Harold was pretty sharp. The two guys close to him were saying, "Kelly's against the blacks; Kelly's not done anything for the blacks." We won the suit before a black judge, George Leighton.
I wasn't forced to any agreement with the government. We weren't forced. We won the suit. We beat them. Before a black judge.
I put more black kids to work than he ever . . . I told him right to his face. Gene Sawyer wanted me to come back to the parks. He was a friend of mine. I said, "Gene, you'll get killed."
Harold and I made up four days before he died. He came to slate-making. I was slate-making chairman for 32 years. He came in, gave a hell of a talk, as he got halfway out, he came back up on the platform, he came over said, "Eddie, we've got to be friends, we've got to get together." I said when you want to get together? He said "Monday morning." I said "I'll see you Monday morning." Monday morning never came. But we had made up.

He grew uncharacteristically silent on the subject of Richard M. Daley but had some choice words about Rahm Emanuel.

I feel sorry for Rahm, I really do. Rahm had no idea what he was getting into. Rahm's not a Chicago guy. He'll never be a Chicago guy. He's not a street guy. He's trying to be, but he's not. He's a suburbanite. He's not a Chicagoan, he really isn't. He's smart, very smart. I think what he inherited is going to continue on, he's going to find out more problems, money problems and things.

Posted by Neil Steinberg at 5:21 AM