We were slaves, now we're free, or at least reasonable 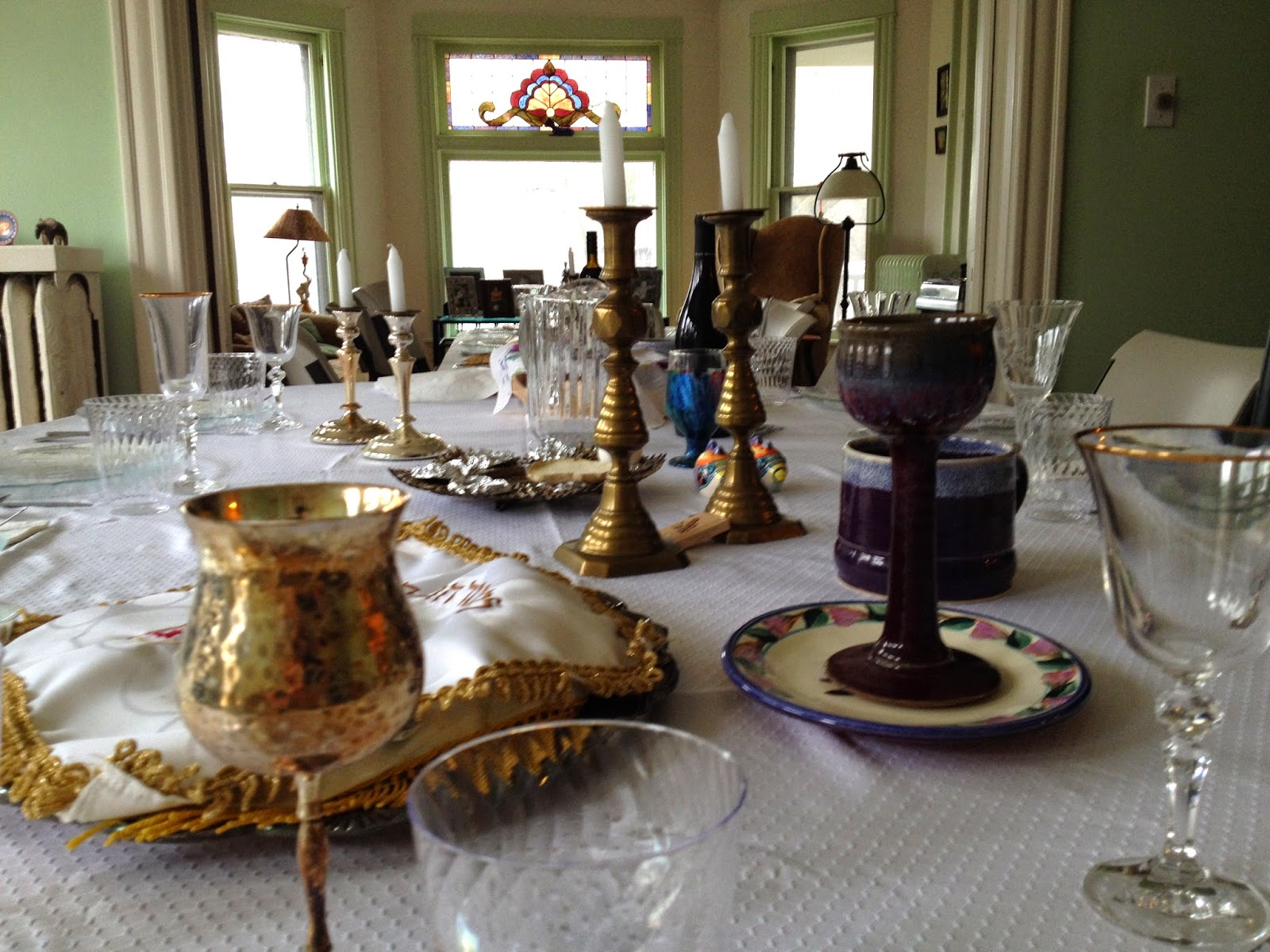 The second night of Passover is a bit more informal than the first in our family—the Seder not quite as long, not quite as thorough.  Jews don't always hold two Seders a year, but we do, for obscure religious reasons too uninteresting to be worth explaining. The second night is still pretty much a reply of the first. We gather around the Seder table to eat and drink—well, everyone else drinks, I take it sober, as is my fashion: in fact, Saturday will be my 20th Seder lubricated only on grape juice.
So stop whining about how long the meal is; it could be worse. Though to be honest, I think I have a better time now than I did back then. Four cups of wine were never enough.
I wrote this piece just before my first on-the-wagon Seder, and I think it set the proper tone for the ones to come. If Jews ran TV commercials for the faith—and we should, everyone else does, maybe people wouldn't hate us so much—the one for Passover would mimic those "What's in your wallet?" TV commercials, except the punch line would be "What's enslaving YOU?" Because we all are enslaved by something, trying to strike our chains off, or keep them off. Anyway, here's hoping you have a happy holiday, free of whatever it is you need to free yourself from.

Much of religion is rote -- going through the obligatory motions, mumbling prayers you neither understand nor believe (oh no, I don't mean you -- you of course are the alpha and omega of sincerity, speaking from your heart with a perfect faith, pausing only to note the murmurs of approval from a grateful Lord God Almighty . . .)
Where was I? Most religion is rote. Which is why I love Passover so much. Passover -- which begins tonight -- is no dry routine, no hazy abstract construct. The Exodus was real. We were really slaves in the land of Egypt,* and now we are free.
Nor have the centuries dulled its timeless message -- look up from your muddy brick-making, cast off your chains, whatever they are, turn your face toward grace. Ask yourself: what in my life enslaves me? Who are my task masters? And where is the wrong that, as a free man, I can help correct?
Seders adapt to the times, or should -- in the 1970s, we included the Jews imprisoned in the Soviet Union. This year, there is a big effort to recognize the genocide in Darfur, because even though the victims aren't Jewish, they are victims, and as such warrant our prayers and our action. Because so few cared when it was us.
I'll bring the Darfur material tonight -- there's a ton of it on-line if you are interested. Nobody will roll their eyes or tap their watches. I'm lucky, because at our Seder, people actually pause to ask questions, to discuss, and generally behave as if there were a purpose to the gathering beyond just dropping their snouts into the chow.
If you are not so fortunate, then you must lead the way. Just this once, as an experiment, slow down. Listen to the Exodus, one of the most thrilling and beautiful tales ever written. The food won't go anywhere. Take time to remember how you -- yes, you Mr. Harvey Finkleman -- were once strangers in a strange land. . . .

* Readers pointed out, after this ran, that there is no historical evidence whatsoever, outside of the Bible, that the Jews ever were enslaved in Egypt, never mind that they exited in such a dramatic fashion. Which is curious because the ancient Egyptians were crazy for record keeping. Maybe the evidence is slumbering among the wall rubbings tucked away in some back drawer at the Oriental Institute. But nobody has found it yet.

Posted by Neil Steinberg at 9:40 AM