Are Syrian refugees as dangerous as Ben Carson? 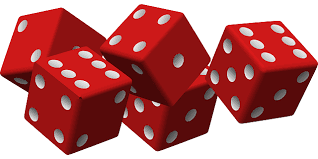 So let's talk about risk.
Is it a subject we approach cooly, rationally?
Or is it prone to fear, distortions, odd excesses and lapses?

The easiest way to answer that is with this simple sentence:
People are afraid to fly but not afraid to drive.
Generally, that is. Fear of flying is common, and fear of driving rare. We sweat before flights and ponder the possibilities of doom. We hop in the car and go, sometimes buckling up, sometimes not.
Yet driving is far, far, far more dangerous than flying. The numbers break down differently, whether you use passenger miles or passenger hours. But driving is, roughly, 20 to 200 times more dangerous than flying. Every year 30,000 people die on the roads in the United States. While there are years, sometimes several years in a row, when no one dies at all in airplane accidents.
So we fear the safe activity, and don't fear the dangerous one.
Why is that?
Simple.
We trust ourselves and doubt others. We are confident about driving because we are the people doing it, and of course we know what we're doing.
While these pilots --really, who knows? A shifty lot.
So here's the question:
Is this the only place we see this — flying and driving?
No.
Look at the present moment of refugee hysteria in this country.
Republican governors, candidates, and rank and file, whose entire worldview is based on fear, say that the risk of terrorists slipping in with immigrants, which might have been the case with one Parisian terrorist, or might not, is so great that the whole endeavor must be stopped.  Rather like a person who won't get on a plane. Because it could, possibly, crash.
Meanwhile, those same people insist that guns be disseminated everywhere, with the minimum of oversight, regulation, law or even commonsense safety features.
Indiana rejects a Syrian family, sight unseen, on general principles. Who knows who they are?
Meanwhile, the Republican front runner for president is retired surgeon Ben Carson, a man who had never held public office, who has no experience in international relations, who is so clueless he's desperately boning up on world events, even as he campaigns. It isn't his critics who say this; it's his staff, his advisers.  The story was on the front page of the New York Times Wednesday. The man isn't even bright enough to be embarrassed.
So really, which is a bigger threat?
Sure, a terrorist could slip in with Syrian refugees. Or one could become a terrorist, just as a native born American could become the next Timothy McVeigh.
But an inept president can kill far more Americans, and has. How many young soldiers died in George W. Bush's wars? Five thousand? Ten thousand? More? Yet Carson's sleepy murmurings send the GOP over the moon in rapture. While they cringe in fear at a bunch of exhausted moms and traumatized children.
It would look laughable, improbably in fiction. But it is not fiction. It is what is happening right now, in our country.  A great nation that prides itself on its clear-eyed view of the world.