"They are essentially parasites" 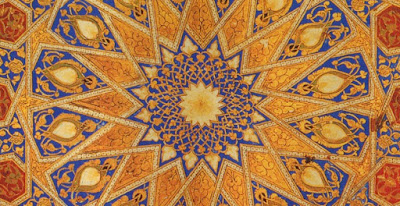 I try to answer readers when they write. First, because it's the polite thing to do. Second, because it draws them into my oeuvre, creates loyalty, and encourages them to keep reading and third, and probably most important, in replying I form thoughts and turns of phrase that prove useful later on.
I thought Mr. Gray's email, below, received Friday, presented a common enough perception that it is worth sharing. I'm not sure how completely I refuted him -- I know you can find examples I overlooked -- though I was pleased enough with it that I thought I'd repost it here.

Dear Mr. Steinberg:
It is gratifying to know that we have some citizens, like yourself, who are idealistic, caring, & compassionate even though some of us think those attributes are misguided.
Please don't equate the Muslims with the Jewish segments of society. Although Jews have endured harsh antisemitism, they continued contributing to society wherever they settled.
My uncles, George & Issac Adler, never accepted hand-outs or government largess. They, and their forefathers, were contributors & their values and culture were synonymous with those of society.
Enlighten me if you will. Can you identify any Muslim contributions to the Arts, Literature, Humanities, or Science. Be they Syrians, Egyptians, Palestinians, etc., in my opinion, they are essentially parasites who would have us living in tents or log cabins and stoning or decapitating violators of the Koran.
Historically the Muslims have exhibited enmity towards non-Muslims. They slaughtered Essenes at  Hebron (Tarpat) and more recently Coptic Christians. Muhammad himself would declare a truce when losing a battle only to rearm and restart the conflict. Consider that so-called exemplary Muslim, the devious Yasser Arafat who wore his gun to the Nobel ceremony. Their are countless examples of Muslim hypocrisy and heinous behavior but let me end this diatribe by saying, "Just as their is no peace in the Middle East, their will be no peace in America when Muslims become a dominant part of our society."
Of course, this problem could be resolved if what that pompous and pedantic buffoon, Bernie Sanders predicts: Solving and eliminating global warming will conquer the growth of terrorism.

Sure. Enlightenment is my business. Well the Arts are easy enough—all you have to do is step into the Art Institute to see the exquisite calligraphy and illustration the Islamic world has created. Here is a link to the new gallery for Islamic art the museum has opened. 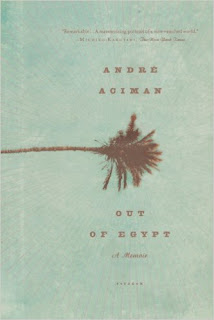 Literature, well, where to start? As a Dante fan, I know that Dante based a good part of his Inferno on Islamic eschatology. I assume you dismiss the old-school, 1001 Arabian Nights-type works, but you can't underestimate their influence on Western literature. The contemporary scene of course is rich -- I'm a particular fan of the Egyptian writer Andre Aciman*; I'd recommend his "Out of Egypt" if you are looking for a place to start.
I'm not sure what you mean by "Humanities" -- there is the organization CAIR, the Council on American Islamic Relations, which works to combat the kind of ill-informed bigotry reflected in your email. But bigger picture, there is the Judeo-Christian tradition, which came entirely out of the Middle East. Not to forget Islam itself, which has 1.2 billion adherents who use it to live ethical lives and understand their world, the overwhelming majority of whom do not exhibit the kind of behavior you would use to indict them all. As for Science, well, there's algebra, itself an Arabic word, al jabr and other mathematical inventions—not recent, true, but of such supreme importance; they gave us our numerical system itself, remember, "Arabic numbers" —that we can give a pass to their recent retreat from the world's technological stage. Plus music, fashion, and don't forget food.
I imagine that none of these facts will change your thinking one iota, since you clearly seem to be a person who is not sifting facts and drawing conclusions, but rather have drawn your conclusions and are cherry-picking facts to back them up. But remember, it isn't because the reality is not out there, but because you refuse to see it, for reasons which I could hazard a guess at, but won't.
Still, thanks for asking. I certainly benefited from answering your question; whether you will benefit too, well, that's your business.
NS

* I don't know why I didn't think of this writing my reply, but Andre Aciman is Jewish; I knew that, having read the book, but I thought of him as Egyptian, a mistake the Egyptians perhaps would not make. Had I given this more thought, I'd have picked Naguib Mahfouz, the Egyptian existential novelist who most certainly is Muslim and who won the Nobel Prize in literature in 2008, one of those small details that escaped Mr. Gray's attention. And no, Gray did not reply. I find that these people, when confronted, just hurry on, eager to find shiny surfaces that better reflect their fixed ideas.