End of an era, probably. Last Ford Taurus rolls off the line.

Today's subject is unusual for me, perhaps. The short answer is: someone at the paper asked me to do it. The plan was to actually be at the Chicago Assembly plant when the last Taurus rolled off the line. But Ford wouldn't allow that, despite my pleading. Nor would they allow me to talk to any workers. Nor was the union any help. Still, I had to fill the column SOMEHOW, and all that delightful information about what a lemon the Taurus was when it first was produced was sitting in the open palm of Our Friend History, just waiting for me to pluck it out. I think the story would have turned out shinier, from Ford's point of view, had they let me into the plant, where I've visited in the past. But I think it is also interesting to remember how this American success story struggled at the beginning.

All good things must come to an end, and Ford Motor Company's good thing, the Taurus sedan, came to its end Friday as the last of what was once the most popular automobile in America rolled off the Chicago Assembly Plant.
"Taurus broke new ground at its start and we're thankful for its role in our portfolio," said Mark LaNeve, Ford's vice president for U.S. marketing, sales and service.
That's one way to put it. What the Taurus did at the start, when the new 1986 model was introduced, was stumble out of the blocks, badly. An innovative car — the first vehicle Ford with front-wheel drive — "the latest in Ford engineering and design" was initially plagued by problems.
A week after it debuted, 4,500 Tauruses and Sables — its twin sister under the Mercury nameplate — had to be recalled due to faulty ignition switches. More recalls followed to replace window glass, which had a tendency to shatter. Followed by problems with surging and stalling engines. And transmission troubles. Not to forget a smell of rotten eggs that took Ford months to solve.
In all, 80 percent of buyers of new Tauruses and Sables reported significant problems, J.P. Powers & Associates reported at the time. One owner, picking his Taurus up from having its power steering fixed at the dealer, had the transmission fail on the drive home.

Yet the flagship survived its difficult birth, for a variety of reasons. First, the car just looked cool. Based on the Sierra, introduced in Europe in 1982 — some called it a "spaceship" — the Taurus seems futuristic, with headlights and fenders flush into the body and a sleek, aerodynamic look — to see how radical it was, compare it to the sharp corners of the Ford Granada, the car it replaced. The       Taurus' look won the car a starring role as a Detroit police cruiser in "RoboCop" (the story is that the police car designed for the movie drew guffaws of derision on the set, and director Paul Verhoeven was just starting to panic when he saw a new Taurus drive by). 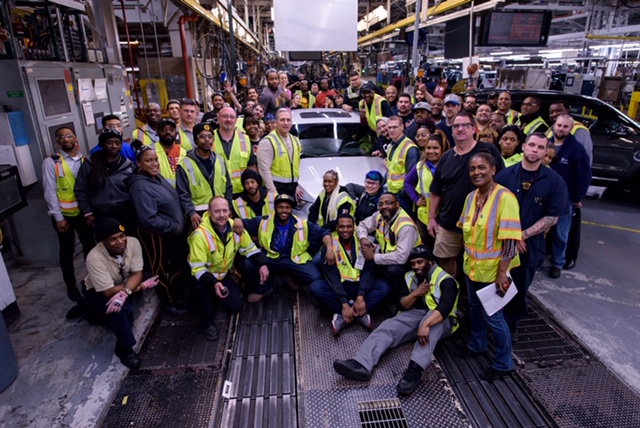