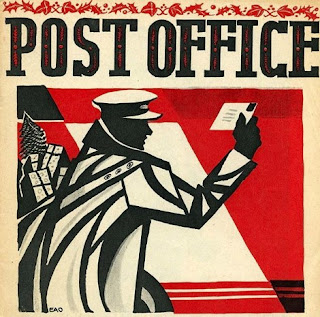 While I don't want to suggest that the Donald Trump era is anything other than a flaming swan dive into unprecedented widespread disaster, it isn't as if we didn't cope with these issues before, to a lesser degree. The government certainly was busy kneecapping the postal service long ago, while President Clownshow was still hosting "Celebrity Apprentice."

I'm passing this along to offer some background, and as a nostalgic look back at when folks still worked downtown and bumped into stuff, a dynamic I fervently hopes returns very soon, along with good government and an operative mail system.

Like you, I didn’t think much about it when the U.S. Postal Service announced it might need big cuts.
Who gets mail anymore? When was the last time you got a letter you were eager to read? Junk mail, bills — we pay most of ours online. The volume of first class mail has dropped 25 percent in the past four years.
Sure, people feel residual affection for the local postman, whose job harkens back to an era when there was a milkman and a butcher and a baker and a candlestick maker.
But postal carriers (I’ve always disliked that term; PC, sure, but it makes them sound as though they’re transmitting postalosis) are like Congressmen: you have affection for your own, but as a group they can go hang.
Then I turned a corner this past Tuesday and saw 500 postal workers gathered in front of the Thompson Center, a crowd of zippered blue sweaters and sensible shoes.
I might have kept going, but they seemed to be chanting to reduce funding to their own retirement health care. That made me pause.
In 2006, Congress passed the Postal Accountability and Enhancement Act, designed to increase the post office’s flexibility. Tucked in was a provision forcing it to fully fund its retiree health benefits for the next 75 years, which costs the postal service $5 billion a year; another payment was due Friday. In the past it borrowed — this one it missed.
Now a bill, HR 1351 — stalled in our gridlocked Congress — would end the obligation to fund health care for employees the service might never hire and audit the situation.
“We don’t want no handouts, we don’t want no bailouts,” said Sam Anderson, president of the Chicago branch of the American Postal Workers. “All we want is our money.”
The postal service has about 600,000, down 110,000 through attrition. Earlier this year, it floated a report suggesting the work force will have to be decreased “more aggressively,” according to Chicago district spokesman Mark Reynolds.
“It suggested we need flexibility in terms of layoffs to stay alive and hopefully profitable again.” Layoffs would need Congress’ approval, which is pending, in the form of HR2309, which would allow the postal service to void its union contracts, fire people at will, close post offices and contract delivery. 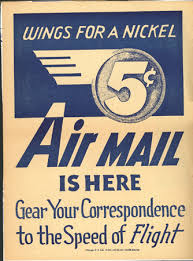 “It would destroy the postal service,” said Mack Julion, president of the local branch of the National Association of Letter Carriers.
It would also be a kick to the struggling African-American middle class. The protesters at the Thomson Center were overwhelmingly black — Julion estimated that some 70 percent of letter carriers in Chicago are African American. This potential impact is one area where management and unions agree.
“The postal service has been a gateway to the middle class for generations of Americans; my grandfather used to work for the post office,” said Reynolds. “When the American economy sneezes, the black economy catches a cold.”
“It’ll hurt,” said Julion. “It is a very diverse workplace.”

The unions insist that, without the funding obligation, they would be profitable, to the tune of half a billion since 2006. Eliminate the funding requirement, problem solved.
Not so simple, says the postal serivce.
“The unions believe if we get money back we’ll be fine, that we don’t have to reduce delivery [to] five days and close retail units,” said Reynolds. “We don’t believe that. We want long-term legislation to address operational ability. We could save $3 billion a year by going to five-day delivery.”
The post office is a national resource, and to simply let it fall apart seems risky. 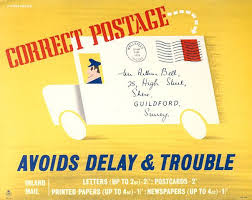 “We’re still important because, No. 1, everybody isn’t online and everybody isn’t going to be online,” said Reynolds. “No. 2, we deliver everywhere. We serve the bottom of the Grand Canyon, we serve people living on summer cottages in Lake Erie islands, we do it through rain and sleet and snow — that’s 150 million delivery points we service. When the post office was created 200 some odd years ago, the notion this would bind the nation together, as the nation has grown we have continued to fill that purpose. We are additionally the straw that stirs the drink of a trillion-dollar mailing industry. Two of our biggest customers are UPS and Fedex — they’ll deliver packages to local post offices and we take the packages to the customers. America still relies upon the postal service and we still want to be here for America.”
The future, though, can’t be chanted away.
At the rally, a reader from Indiana came up to say hello. I asked her why she was there. “I got an email telling me about it,” she said.
—Originally published in the Sun-Times, Oct. 2, 2011
Posted by Neil Steinberg at 12:00 AM