The mail has been filled with fine distinctions lately. This exchange doesn't require any explanatory set-up.

Mr. Steinberg;
Me Again, that Medill kid who sat behind you saying newspapers exist to preserve democracy.
“I have no particular interest in seabirds, the Baltic Sea or Sweden,” you wrote recently.
Well, you just knew that would come back to haunt you. I view it as your cleansed version of Trump’s “shithole countries.”
What a slight on my ancestors!, who created a large part of the “built environment” you now park yourself in before spreading your carbon footprint on the Metra run to suburbia. Back in the days, WTTW says, Swedes built Chicago. 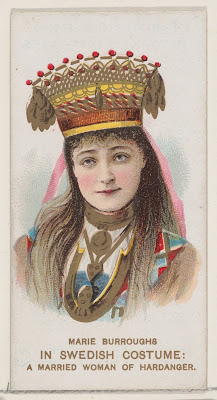 Then, your recent column on poetry and politics further revealed your anti-Swedish bias.
How could you totally ignore a fellow Chicagoan: one of the greatest, a three-time Pulitzer winner (how many on your shelf?) named Sandburg who espoused social justice long ago. He had a few words to say about Lincoln.
This is more than a mental fog arriving on little cat feet. I bet you’d be first in line to rename Sandburg Village in today’s cancel culture, claiming Sandburg had a thing against barbers.
There must be some anti-Scandinavian prejudice at work here; otherwise how can you explain denial of a guy whose politics certainly would resemble yours.
I won’t go into Walgreen and some of the other Swedish ancestry notables who graced your fair city. You’re probably a CVS shopper anyway.
I bet you think Andersonville was named for Anderson Cooper and that you never set foot in Ann Sather’s restaurant, or the Kungsholm for that matter!
Next, like those in San Francisco, I suspect you’ll call for the renaming of Leif Ericson Academy on the West Side, claiming he was no more than a Viking plunderer.
Makes me think that “You Were Never in Chicago.”
Thank God, or Odin, that WTTW can set you straight.
I suggest sampling the Ann Sather sticky bun recipe provided below and then engaging in some remedial history while watching You Tube videos of Burr Tillstrom and Kukla, Fran and Ollie, another great Chicago Swede.
I won’t go into a discourse about Sweden itself: You can freshen up on the Nobel prize, Volvo, Dag Hammarskkold, Olof Palme and Astrid Lindberg and the mystery writers Stieg Larsson etc.
If I were you, I’d start with Vilhelm Moberg, “The Emigrants,” who wrote about the Swedish diaspora to the US, a topical subject today.
Hard to understand that a fellow who makes a career on knowing Chicago was so dismissive of its Swedish heritage.
Hope to see you June 22 at Swedish Days in Geneva.
Stay healthy and don’t get carjacked.

Not his real name. The last name, that is. His real first name of course is Carl. I might have pointed out that I not only have read Dag Hammarskkold's diary, but also owned a Volvo. But, manfully resisting getting into particulars, I replied:

I hope you're joking. But in case you're not, I would draw your attention to the word "particular." I said, I have no particular interest in Sweden, which you, again assuming you are, alas, in earnest, manage to conflate into some kind of slight. As if you expect, no demand that everyone be especially interested in all things Swedish. Why? It's a big world. Why not allow Sweden the average amount of interest given to other Scandinavian countries?
I think my point is made. Just in case you are serious—email is a cold medium, and it can be hard to tell—would you mind if I ran your letter on my blog? They might also tend to not give the Elongated Country its full measure of attention, and I believe it would enlighten and educate my readers.
Thanks for writing.

This is the point where people usually vanish. But Carl replied, and while you might want to bail out here and go about your business, cutting and pasting takes a moment, so I'll run the correspondence out, with his reply.

Well, yes, you can run it with the following understanding.
This probably will be the closest for me getting a byline in the Sun-Times (yes, I know it’s not part of the paper). 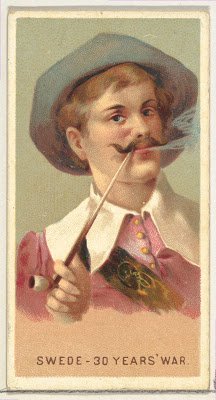 My Dad, rest his soul in Evergreen Cemetery (87th & Kedzie) would be pleased. He was a Sun-Times reporter covering Stevenson and Eisenhower campaigns in the ‘50s and was an early Nieman Fellow.
1) I’m not on Google Docs or whatever the others writing emails to you use. I don’t want my email address used, just sign it Carl Swede, please. No city.
2) Yes 93 percent of it was written with my tongue in cheek, or aquavit in throat, but there is a kernel of truth that’s as topical as today’s news about Charles Blow calling for a new black diaspora to the South by blacks to build a critical political mass.
Mine goes to the loss in Chicago of a vibrant ethnic community (Swedes) now all but forgotten, thus the sensitivity.
Swedes, when the Chicago story is told, deserve more than your description of the “average amount of interest given to other Scandinavian countries.”
Gone are the groceries, clubs, bakeries etc. replaced by a museum in an awkward Andersonville location with ever-diminishing connections to Swedish culture. What’s Swedish about Swedish Covenant Hospital?
Where did all those Swedes go? You can say that about many ethnic communities.
Like Blow’s nostalgic call, what would it take to bring them back, or those who ran the now-lost Jewish deli, Italian gelato shop or German bakery?
What have we lost by this loss in our urban fabric? By keeping these communities, does that mean we’re keeping others out?
Yet we all crave getaways to Holland, Mich., or Frankenmuth, or Solvang, Ca, or Bishop Hill to capture those cultures. But when we arrive, we find ourselves in a romantic time warp with tinsel having no connection to today’s culture and politics in Sweden or whatever country.
If we were presenting truthfully Sweden today, we’d need a strong Islamic presence and a bow to the Chinese owner of Volvo.
3) Thanks for pulling your finest Chuck Berry on me. He had “No PARTICULAR Place To Go.”
4) If you do use it, I hope to invoke Swedish Mrs. Olson, remember her?, and that we can meet at your location, central or suburbs, for a cup of coffee. This isn’t an onerous request because I’m 2200 miles away, and won’t be there for many months.
Now that you know that my contribution was partly in jest using you as an opportunity to vent, I hope the offer to run it still stands.
It would go well with a photo of an unshorn Sandburg or Tillstrom with Kukla Fran & Ollie.
Best,
Carl Swede