The third side to the video game coin 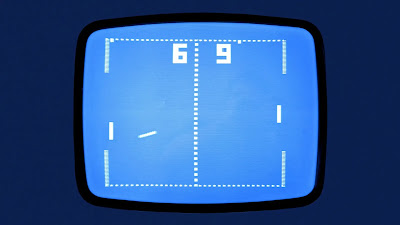 The guilty secret of columnists is we don't really want you to call back. We contact a subject because that is the fair and expected thing to do. But if you don't respond, it gives us the field to express ourselves, unencumbered by disagreement.
Or maybe that's just me. Maybe other, more responsible writers are eager to get all sides, and water down their strong brew of opinion with a seltzer spritz of balance.
So when I phoned State Rep. Marcus Evans Jr. to talk to him about his proposing a ban on sales of Grand Theft Auto to children, I expected to include a line that I had reached out to him and hadn't heard back, which itself is indicting.
But he did call back, and made a strong case. Immediately, I saw the specter of white privilege rising before me. Here I am, snug in Northbrook, the son of a nuclear physicist, talking about science, while Evans is on the South Side, with his mom scared of being carjacked. There was only one thing to do in the column, and that was to present his side, fully and respectfully and hope that I wasn't merely folding.
Not that the issue can be neatly divided between the two of us. There were other aspects to the question I never considered in my rush to present the issue, and am happy to share a pair of emails offering thoughtful perspectives.
The first:

My name is Austin and I am a professional video game developer. I went into this article expecting some crack-pot nonsense about the game and its effects on society, but the points Marcus Evans Jr. were making sounded completely reasonable. The data show there isn't a correlation, but who knows how movies, games, and music create more of a sense of invincibility and life to emulate.
(It does remind me of The Program cutting a hazing scene from their film in the early 90s when high schoolers were replicating what they were seeing in the movie. Or a classroom shooting scene cut from The Basketball Diaries.)
I don't want to take much of your time, but want to call to attention the last statement you made in your article

I’m a liberal, but not so liberal as to argue that children have a constitutional right to pretend to steal cars and pistol-whip prostitutes.

The emphasis was added by me, and I am in complete agreement that children do not have a constitutional right to play these games. We are a nation of laws where we prevent children from purchasing pornography, but it seems like no one knows or cares about the ESRB rating system in video games. It has been around a very long time and is an incredibly informative rating system.
Modern consoles have parental controls built into the systems to prevent children from even being able to load these games. I have three children under the age of 10 and our Playstation 4 is set up in a way that the kids can't see the cover art or name of the game when logging into their own accounts (which is more than I can say for zombie show billboards or commercials.)
The rating system also has a list of objective criteria with each rating, so parents and guardians can know what content is in the game they are purchasing.
Past laws always seem to want to ban individual games, or ban sales of M rated games, versus just regulating the sale to minors and allowing adults to still purchase M rated games.
I wish more parents and politicians were aware of the tools already at their disposal for keeping this content out of their kids hands. If you happen to cover this topic further I hope the information I have shared can be of use.
—Austin

Brian from Crestwood sent this:

Yesterday morning I read in the Chicago Sun-Times the recent bill that seeks to amend the sale of certain video games filed by IL State Congressman Marcus Evans Jr. I'm a lifelong video game player, including the oft-maligned series of Grand Theft Auto, and immediately wrote both Mr. Evans Jr. and my own state representative, Mr. Justin Slaughter, to express my opposition to this bill. I'm writing to you because of your piece this morning where you express a slight change of mind about the worthiness of pursuing this policy. I've long come to the conclusion that you are a reasonable person and wanted to see if I could possibly change your mind back to where it was the first time. Whether I succeed or not, thank you for your work in general, and the thoughtful way you approach it. Anyway, below is my admittedly non-expert thoughts on the subject:
1) "Normalization" is the new "Desensitization." Just a little under two decades ago various states all over the country were taking on violent video games (again with Grand Theft Auto as the centerpiece) because some believed it would cause desensitization to violence and therefore increase the likelihood for said players to engage in violence themselves. This was properly debunked thanks to research and general statistics, much in the same way that the current argument about carjacking does now. After having played all of the Grand Theft Auto games, plus taking in other violent media I find myself in 2021 feeling upset still about the violence seen on Jan. 6th and also wondering what time of day I should fill my car up with gas to best avoid being a potential carjack victim. If I'm worried about that while playing the same games as the offenders, doesn't reason tell us that the underlying cause is something else?
2) Speaking of those battles in the early '00s, it's worth mentioning that the result of the various cases throughout this country were exactly what everyone expected them to be: video games are as protected by the U.S. Constitution's 1st amendment as that of movies, television and music. What I believe often gets forgotten is the cost to taxpayers for fighting a battle that couldn't and shouldn't be won. Illinois hasn't been in the best fiscal position for a long time and we should be careful about said waste, and that was before the upheaval of COVID 19. Where will that money come from, and where could it go. Would you rather we spend it on defending unconstitutional laws, or on health, social, educational, and job programs? I think the latter is more difficult, as you said in this morning's piece, but it still seems like money better spent.
3) I do take issue with a particular part of the logic in today's piece. It's stated by Congressman Evans that he knows what the data is, but this is a new generation and things could be different. I can understand that as well as understand in general that things can and do change, however we just finally ousted a president in this country who abhorred science in every form and half a million people have died as a result of it. Let's not do the same here. If the congressman believes that something might have changed, then he should be able to lead a movement to do new research on the subject. Instead, he is placing the cart before the horse. I am personally tired of politicians (regardless of party stripe) making decisions that don't use the best available science. Best available science as of 2/24/21 states that this is a worthless effort that will restrict one of the few booming industries we have, undermine the prime amendment in the bill of rights, and not resolve any issue.
I thank you for reading if you made it this far. Stay well!

While I agree with both, I still see Evans point. Perhaps a metaphor is in order. Your house is burning down. The fire department is nowhere to be seen. Do you take your garden hose and direct it at the fire? I imagine many people would, even though it does nothing, and coming by to point that out, well, it seems almost cruel. Grand Theft Auto has sold more than a quarter billion copies in the past 20 years. Being restricted to minors in Chicago won't hurt it. And as Evans says, it might help someone. Though as I point out, we've been banning stuff for almost 120 years, and it's gotten us to the tough place we find ourselves in today.