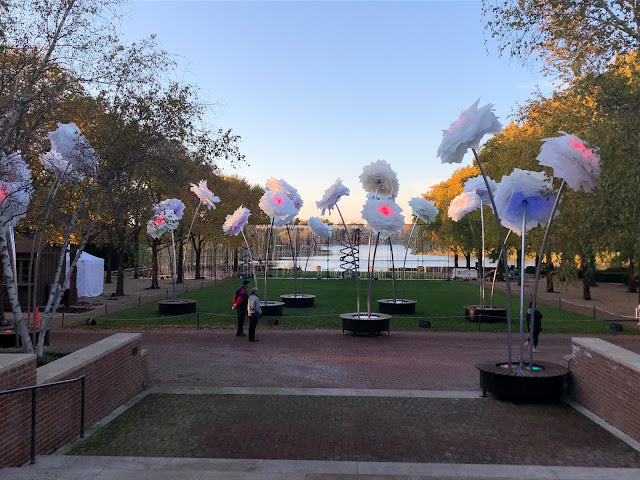 My wife and I never have to worry about what to do at the end of the day. If the weather is nice, we head over to the Chicago Botanic Garden to walk for an hour. Sometimes we walk in silence for quite a while. Other times we talk. The usual married couple conversation. Sometimes practical matters. Sometimes wit creeps in. I don't want to suggest we're Nick and Nora Charles in the "The Thin Man." But we have our moments.
"Let's go look at those," my wife said as we walked in and noticed the enormous flowers set up for the pending light show.
"They're not real," I said, dryly, slipping into my wisenheimer default mode.
"Thanks for ruining it for me," she parried, a rejoinder I so admired that it made me wonder if I were now outgunned. It made me humble, and reflective.
"Maybe I tease too much," I ventured. "Maybe I should dial it back a bit."
There were standard lines that have been repeated for years, if not decades. My wife will say, "I'm cold," and I'll answer, "I like to think of you as 'aloof.'" And in case anyone detects a note of hostility in that, should she say, "I'm hot," the immediate response is an enthusiastic, "I'll say!" So it balances out.
"No," she said. "That's how it is. You make the same old joke. I roll my eyes."
Why tamper with success? Besides, you have to be the person you are. For good and ill. 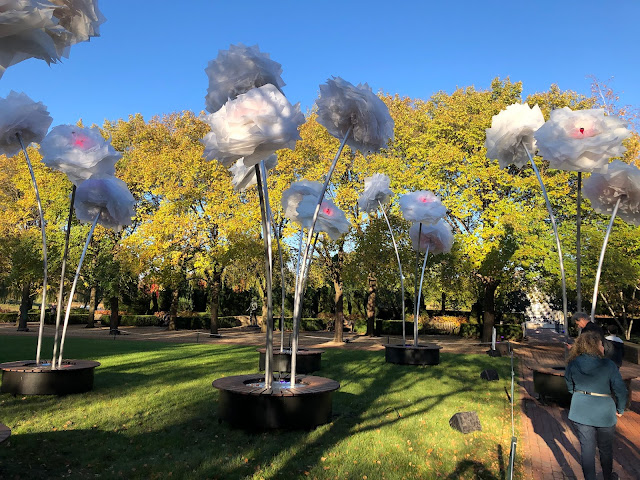