Flashback 2000: In the best poetry, there is love, horror — and truth 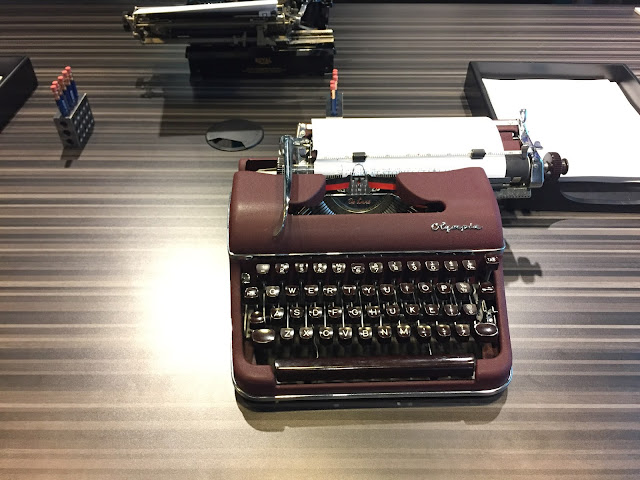 Robert Bly died Sunday. My generation remembers him as the author of "Iron John," the book about mythical archetypes that suggest men somehow aren't self-absorbed enough, and need to go out into the woods together and beat drums and howl. Some did that, while the rest of us hooted in ridicule.
I was looking for some reference to Bly in the vault, and found this, which sets the stage for the Uptown Poetry Slam, which starts back up this Sunday at 3 p.m. at the Green Mill after its forced COVID hiatus. I plan to be there, and may even be enticed to say a few words.
My mother writes poetry sometimes. Perhaps all mothers do. Since she is almost certainly reading this, courtesy of the Internet, it would be prudent for me to say that she writes "wonderful poetry." But that would be pandering to my audience, or at least one member of it.
The fact is—and I must be delicate here—her poetry is not the sort of writing that echoes in one's head forever. I dutifully read the neatly penned pieces that she occasionally tucks in her letters, praise them modestly in our next telephone conversation and forget them.
Except for one line, a single sentence, written maybe 10 years ago. My mother began a tribute to her own mother this way:
"She achieved the fame we all seek."
I love that line, because it is the perfect, pithy encapsulation of who my grandma Sarah was: the star of her world of poker-playing department store clerks, the cynosure of the Jewish Singing Society.
I never forgot the line because it is true, and truth is the entire point of poetry. To say true things, briefly.
I don't believe many people understand this. They feel that, rather than being about truth, poetry is just a flowery nothing, an embarrassing waste. Men feel this particularly. Poetry is in the queasy realm of tea shoppes and dance recitals and all the ruffled stuff that a guy just naturally keeps a big distance from because he won't enjoy them. Poetry is not only lousy, it's feminine.
There's a point in there, somewhere. Most poetry is lousy, just as most books and movies are. But that doesn't mean that it all is, and it doesn't explain why you get all sorts of junk in your e-mail—jokes and urban legends and lists of trivia—but never a poem.
People just don't think about poetry. The occasional poetry popularizer—such as smarmy Robert Bly with his stupid drumming seminars in the woods—just end up presenting verse as maudlin, syrupy slop for fools.
It doesn't have to be. Take Robert Frost. The most famous poet of the 20th century and—the way we're going—the 21st century, too. "The Road Not Taken" is the script of a Monster.com commercial gaining attention recently, for the creepy way pedestrians loom out of a busy downtown street to say a line of the poem, one of Frost's most well-known, the one that ends:

Two roads diverged in a wood, and I
I took the one less traveled by
And that has made all the difference.

Of course pairing the poem with a commercial venture turns it into something of a lie, by suggesting that we, too, can be independent spirits, if only we follow everybody else to Monster.com, the career Web site.
That particular poem also feeds the common image of Frost's work—assuming people have an image —as being all about yellow woods in Vermont covered in maple syrup and cool stone walls.
But Frost is not the Currier and Ives print that people think of him as. Just as fans of Norman Rockwell -- during his recent revival -- tried to give him hip legitimacy by pointing to his stark civil rights canvases, so I will sally to Frost's defense, in honor of today's anniversary of his birth in 1874, by pointing out there is much more to him than scenic postcards of Stowe.
The day Frost was born, his father—a journalist—brandished a pistol at the attending doctor and told him that if anything went wrong, he was a dead man. And death looms over the best of Frost's poetry.
In my favorite, "The Death of the Hired Man," a weary farm couple sit on a stoop, discussing the old farmhand who has suddenly returned.
"What good is he?" the farmer asks. "Who else will harbor him; At his age for the little he can do?; What help he is there's no depending on ; Off he goes always when I need him most."
Casually, the man or the wife—it's hard to tell which—tosses off one of those stark, universal truths that make poetry worth reading:

"Home is the place where, when you have to go there,
They have to take you in."

Frost broke with all the giddy, Emersonian naturalists of the past and presented a world grimmer than people were used to reading about in verse, but no grimmer than the world actually is.
While I had my anthology out, I tried, once again, to read "Out, Out -- " without choking up and, again, just couldn't do it.
In the brief poem, Frost recounts the scene of a boy sawing firewood with a buzz saw in the yard. The boy's sister calls him to supper and the buzz saw:

As if to prove saws knew what supper meant,
Leaped out at the boy's hand, or seemed to leap—
He must have given the hand. However it was,
Neither refused the meeting. . . .

The poem has the matter-of-fact horror of a Stephen King novel and, at 34 lines, tells a tale as well as one of King's bulked-up tomes.
It ends without a whiff of sentiment, illustrating the gulf between the lucky living, like us, and those like Frost, or the boy, whose death only fleetingly alarms those around him. "And they, since they were not the one dead, turned to their affairs."

We remember Frost's half century of celebrity but, on his birthday, we should also recall both his words and his struggle to express those words. Robert Frost was 39 years old when he published his first book.
—Originally published in the Sun-Times, March 26, 2000
Posted by Neil Steinberg at 12:00 AM