'Better I should know' 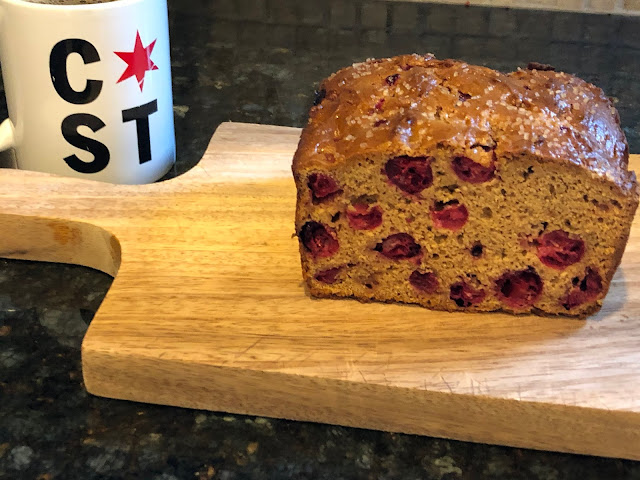 Reality is a stern taskmaster. That's why so many people are so loose with their facts. Not that they are averse to factuality, per se. They never fudge random fact, never claim the moon is made of chalk.
Rather, they want a pass, want to coast, want to ignore the costs baked into their behaviors. Nobody lies to make themselves look worse, or to emphasize the gravity of their misdeeds. Rather, they attempt to deform the truth—always in vain—to bend it out of shape rather than admit that it is they themselves who need adjusting. They try to pretend their wishes were horses, mounting air and riding away, in their minds if not in actuality. 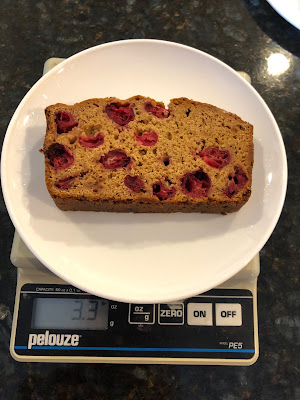 That's why I keep an electronic scale in the kitchen. Because when the issue is as significant as what you put in your mouth, a person tends to err on the side of more. I've eaten a salad in a chain restaurant and figured it had to be 500 calories, then later checked the establishment's website and found it was really 1,200. Just as primitive cultures lacked words for large numbers, and could 1,2,3 and "many," so I have a hard time adjusting the upper limit of what I imagine certain foodstuffs contain, difficulty adjusting to just how fattening they are. It seems to defy possibility. I used to like a good blueberry muffin, until Jewel started posting they are 600 calories. I never ate one again.
Still, even with the best, most accurate intentions, mistakes happen.
The other day. I cut myself a slice of my wife's delicious homemade cranberry bread. It was a thick slice, and I figured it had to be 1.5 ounces. Then I tossed it on the scale. More than twice that: 3.3. To my credit, I did not then announce that the scale was broken. Or suspect a problem with gravity. A lot of people seem to take that route. But the cranberry bread was 330 calories whether I recognized it or not. As Sarah McLachlan sang, "Better I should know."
Posted by Neil Steinberg at 12:00 AM