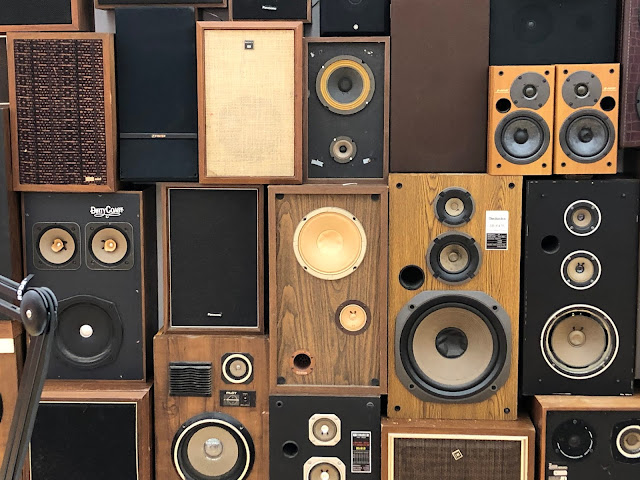 Many folks who drive a lot learn to love the companionship of radio, and Ravenswood bureau chief Caren Jeskey is no exception. Her Saturday report:
MIT educated and rough around the edges, Tom and Ray Magliozzi are better known as Click and Clack, The Tappet Brothers. For many years until they retired in 2012, I religiously tuned into WBEZ radio on Saturday mornings and counted the minutes until their radio show Car Talk began. I can hear their thick East Cambridge accents now, snorting and laughing and razzing each other in between giving astute advice to their callers. Click and Clack were trustworthy, warm, and the kind of guys who make you feel as though all the world’s a fun puzzle to solve.
The best calls were those from people who lived in far out places and had special cars that I knew nothing about, but Tom and Ray would light up like kids on Christmas with the opportunity to talk about the models. They doled out marital advice when callers mentioned that their partners or spouses disagreed with their choice of a car, or the root of a problem. If a young woman called in, afraid of what she’d done to the family car, Click and Clack would somehow reassure her.
For over a decade I tuned into Car Talk. Did I mention that I did not even own a car? It didn’t matter. I wanted to hear them ease the minds of folks with rattles and clangs and rodent infestations under their hoods. Their presence was comforting.
I miss them as a pair. Sadly, Tom died in 2014 after complications with Alzheimer’s disease. Ray still has an advice column, and you can find the old shows on their website.
Over the years I’ve found other favorite shows on 91.5 WBEZ Chicago and 90.5 KUT Austin. At the top are This American Life, The Moth Radio Hour, and Re:sound, with Wait Wait… Don’t Tell Me, the NPR current events quiz show as number one. I don’t love everything about it, but I’m able to look past the sometimes (but rarely) insensitive humor and enjoy the wittiness of it all. The show has survived since 1998, which is really saying something.
Callers play the quiz show while a panel of comedians delivers the questions in clever and hilarious ways. It doesn’t hurt that the caramel voice of Bill Kurtis has played a key role as the MC since his predecessor Carl Kasell retired in 2014.
One of the strangest things about COVID was hearing host Peter Sagal start each show with the statement that they were taping in front of an “audience of no one.” Ouch. Lucky for us they resumed live tapings in August, with their first stop in Philadelphia. When I heard they were coming to the Harris Theatre I flew across the room to my laptop and snapped up prime seats.
The show was this past Thursday. A friend who lives right across the street from Harris joined me and was as excited as I was. Folks in line were exuberant. Vaccines or negative COVID tests were required, as was masking throughout the whole event. Still, it was a bit disquieting to be out there. It’s impossible to ignore the risk involved. Yesterday I learned of two people in their 50s like me, both vaccinated, both now dead from the virus. I have decided to hope and trust the precautions kept us safe.
The applause was thunderous (at appropriate times) throughout the whole two hour taping. Chance the Rapper was the guest and charmed us with his calm demeanor and wise words. He has created a program called SocialWorks to help young Chicagoans thrive creatively. He is on a mission to help bring light to the fact that Illinois is one of only 16 states in the country that does not offer parole. He told us stories about incarcerated people who have achieved medical, law, and other degrees while being incarcerated since their teen years. Despite the fact that they can now become valuable contributing members of society after decades of rehabilitation, they have no chance of release. As you can imagine they live in situations so deplorable that Chance teared up as he described what he has seen in places like Stateville.
The panelists included Bobcat Goldthwait, Negin Farsad and Brian Babylon aka The Prince of Bronzeville. They bounced their brilliance and wit around. We laughed until our faces hurt, and slapped our thighs. We needed this.
When it was over I walked my friend home, got my car out of her garage, and headed north down Michigan Avenue. I was saddened but not surprised by a cavalry of police SUVs peppering the Magnificent Mile. One or more were stationed on each block, right in the middle of the road, blindingly bright blue lights flashing and blinking. The officers were there to try to protect the stores full of thousand dollar purses and other haute couture. I felt sick. I realized that the cops may or may not even have the power or the will to prevent looters, from what we have seen.
I found myself wondering if a car might bump me from behind and then take my own little blue Civic away from me. I have already taken valuables and my vaccination card out of my glove compartment in case it does happen. Which meant I was in a real sense expecting it. I don’t want to live in fear, but I also don't want to ignore the real perils of the city where some move along on their path of destruction without any care for who is hurt along the way. Thank goodness I have the panacea of radio humor.
Posted by Neil Steinberg at 12:00 AM