Sacre bleu! The French have a point... 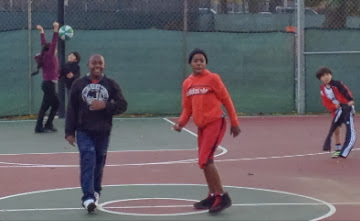 Often journalism is a kind of kabuki — a stylized form of storytelling where gesture, expectation and tradition sometime trump meaning. Thus an event like the French government warning their tourists to avoid Chicago's South and West Side can have an arc of action and reaction without the most important aspect ever being alluded to. Here I try to correct that:


Wellllllll, this is awkward.
So the French Ministry of Foreign Affairs website issues a security warning for visitors to 16 U.S. cities, including Chicago, advising: “éviter le West Side et le sud de la ville après la 59ème rue.”
The Washington Post’s GovBeat blog translates that as: “Stay away from the West Side and anywhere south of 59th Street.”

This is dangled under the nose of our mordant mayor, Rahm Emanuel, who offers up a smooth political response, “Don’t get me started on what I think of the French,” which simultaneously conveys a proud pugnacity without actually saying anything negative; Chicago won’t move up the world-class city ladder by picking fights with Paris.
And while no American pundit can go wrong dissing the French — though it is impossible to top “The Simpsons’” deathless epithet, “cheese-eating surrender monkeys” — it is my unfortunate duty, even though the Kabuki of journalism dictates that this story dwindled away days ago, as we rush to flutter our fingers at some new trifle, to quietly point out: The French are right.
Aren't they?
How can Chicagoans who don't live in those areas get worked up about being told to avoid the West Side and South Side below 59th Street when they usually avoid those areas already, without French guidance?
The mayor goes, cutting ribbons, wiping the runny noses of toddlers. That's his job.
And I go, tracking stories and following my curiosity, which, a couple years back, prompted me to swing down to East 75th Street to sample Original Soul Vegetarian's Marcus Garvey Burger and Hebrew Fries. (How could you not? Tasty and different).
Within the not-too-distant-past, needing to go to an apartment at 82nd and Langley to interview a reader, I took the Red Line to 79th and walked the mile. I figured, "It's my city." I didn't feel imperiled; I felt conspicuous, which is not always a bad thing to feel.
The mayor cited Garfield Park Conservatory and Pullman Park as examples of urban delights that await the Gallic tourist bold enough to venture to the South and West sides. I would argue they are not so much examples as the totality, and a sparse one.
I recently was at Garfield Park to report on its ongoing reconstruction after being strafed by hail. And while it is bravely open, and I enjoyed being there and could say with confidence that any Frenchman who had a deep love of cycads and ferns would find the place delightful, much is a construction site. I can't honestly say that I would direct my Parisian friends to hurry there from O'Hare. As for Pullman, again, someone with a deep interest in 19th century manufacturing and perhaps the history of labor strife might enjoy it.      The city's own guide to its neighborhoods notes, "There are no food facilities in historic Pullman" and suggests you slide over to Roseland to hit Old-Fashioned Donuts. Which I considered doing, but with the Donut Vault a block away from my office, hauling elsewhere would be pathology.
There are two issues here: whether a place offers interest to tourists and whether it is safe. For the latter, my take has always been if people can live there, I can visit for an hour. That doesn't mean blundering around obliviously at midnight. The U.S. State Department doesn't warn against Paris, though there are sections where you risk getting your throat slit if you're not careful. But it does tender this advice: "Try to seem purposeful when you move about."
Actually, "try to seem purposeful" is good general advice, if you are willing to take life lessons from the State Department.
The hard truth that we don't talk about much is that, civic boosterism aside, there is the lush downtown of the Magnificent Mile and the museum campus, the Loop, the flush North Side, trendy Near Northwest and so many great places in the city that it's easy and pleasant to forget there are spots where Chicago's money and magic never seem to reach. I'm glad we aren't distracting ourselves by castigating the French: I like France, and a Cannes cabbie was once very kind to my wife and me when Delta Dream Vacations booked us in a hotel that was shuttered, with plywood over the windows.
View the French words of caution - which, all things being equal, the honest Chicagoan admits are basically true - not as an insult but a reminder that we, too, should consider the entire city. The French at least assume people might go there. My initial plan for this column was to take my new favorite train line, the Metra Electric, to 59th Street and ride a Divvy south see what waits there. But there are no Divvy stations south of 59th Street. None. I asked the city bike folks why that is. No answer yet.


Photo atop blog: Too far west for the French? A playground outside the Cornell Square Park Fieldhouse on W. 50th Street, in the Back of the Yards neighborhood. Nov. 9, 2013.
Posted by Neil Steinberg at 12:00 AM