A newcomer's guide to the opera 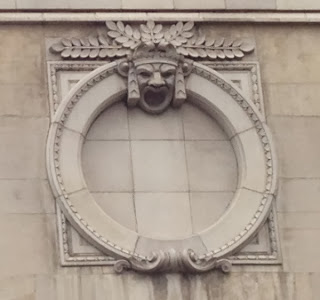 I sort of blundered into the opera. In 2008, Lyric Opera of Chicago produced "Porgy & Bess." George Gershwin's great opera. I wanted to see it, and to write something about its complicated racial history. At the same time, the paper's editor thought I should take 100 readers to the opera, as a stunt. I didn't even particularly like opera. But I grew to—that's the thing about opera, the more you go, the more you want to go.  I suppose it's like an addiction, except one you can happily indulge all your life and you don't have to quit. Also, like addiction, you want to draw people in with you, for company. The Sun-Times Goes to the Lyric sweepstakes is in its sixth year, and I'm glad so many people—600 and counting—have learned a little about what opera's all about.
Five hours, exactly; from Sir Andrew Davis striking up the orchestra Sunday to when the audience stood potching our hands together to thank the cast for putting on such a vigorous performance of Wagner’s last opera, “Parsifal.”
And while I don’t want to suggest that savoring every nuance required anything less than complete concentration on my part, there was still plenty of attention, and God knows enough time, left over to let my mind wander to the odd art form that is opera, and to the 100 lucky winners of the Sun-Times Goes to the Lyric contest joining me at the opera house Wednesday for opening night of Verdi’s “La Traviata.”
Judging from my email, there is a bit of uncertainty about what is required by opera, and as I am in the passing-along-of-relevant-information business, I thought I would offer a quick primer in How to Do It.
There is only one vital, unbreakable rule when it comes to opera that sets it apart from most forms of entertainment: You can't be late. The curtain goes up at 7:30 p.m., which means if you show up at 7:31 p.m., you find shut doors and a joyless usher, deaf to your pleas, who invites you to watch the action on a nearby TV monitor, which is to experiencing live opera what reading a menu is to eating food. Or so I'm told — I've never been late, through a secret technique I will share with you now called "being early." For instance, for Sunday's matinee, my son and I arrived at the opera house half an hour before curtain, giving us time to stand at the bar downstairs and eat our sack lunches.
Another distinction: Unlike sports venues, you can bring food to the opera. You can't eat at your seat, but they have tables in the lobby. A couple actually picnicked under a staircase Sunday. I'm not saying roast a lamb or bring a keg — I'm sure the whole thing is frowned upon, since they sell food. But people still do it, on the sly.
The other concern folks have is parking. Some have written to ask if there is parking in downtown Chicago, and I tell them, yes, there is. You do have to pay money, and that seems to shock some. There are several garages and lots nearby.
If you've ever been tempted to take Metra, now is your chance. Union and Ogilvie stations are a block west, so long as your train doesn't require you to bolt early; people who do not stay and applaud after an opera are doomed to spend eternity in hell.
The other item people ask about is dress. Contest winners want to know if they should "dress up." I wore a blue blazer with charcoal pants, a blue shirt and a tie festooned with skulls — with Wagner it seemed apt — and noted with approval many gentlemen wearing similar getups. But you could ditch the tie and the jacket. Some men wore a kind of Dick-Cheney-on-his-ranch ensemble — think moutainy vests, jeans. I'd say whatever you're comfortable in, and many newcomers I talk to are sporting green work pants and plastic Pipe Fitters Local 597 jackets and they have a swell time.
"La Traviata" is three hours long. I recommend a mint or something you can entertain yourself with by quietly slipping your hand into your pocket, removing a mint and popping it into your mouth. It's good to have an activity, and I probably went through 25 Sencha green tea mints Sunday, which sounds like a lot until you realize it's only five an hour, or one every 12 minutes.
What else? Oh yes, how could I forget? One other ironclad rule that, unlike Don't Be Late, is not about your enjoyment but about everybody else's: Don't talk. You're not at home.
As much as you want to turn to your wife and say, "Golly Emma, this isn't half as bad as I thought it would be!" please don't. Because you'll be sitting behind me — that's where all the people who talk loudly in operas seem to congregate — and my limited attention, which I'm manfully trying to focus on the Hunter Entering the Glade, is instead spun 180 degrees in the wrong direction, toward you, and whatever lame, unnecessary remark you are making. That means the person in front of you, aka me, not only won't enjoy his precious time at the opera as much as he should, but will inevitably see that you don't enjoy yours either, by whipping around, staring at you and saying, in a loud voice, "You realize you're not at home, don't you?" Or I'll try to say that and not, "If you don't shut up, I'm going to murder you in your seat."
Strong stuff, yes. But that's what opera is all about—intense emotions unleashed by the power of music and story, the pageantry and wonderment that Lyric Opera of Chicago offers throughout the season. Enjoy.
—Originally published in the Sun-Times, Nov. 20, 2013
Posted by Neil Steinberg at 12:00 AM