HIstory will just shake its head 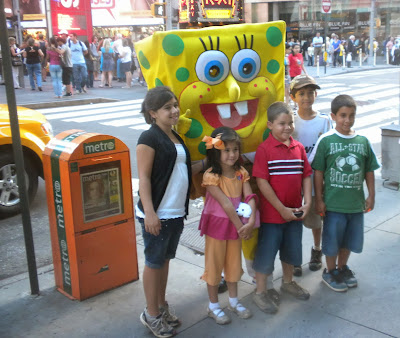 It's overdue. It's important. But in the way that each step in the journey of 1,000 miles is important. I'm glad the Illinois House and Senate approved same-sex marriage Tuesday. But we also need to moderate our self-congratulation and crowing about history being made by realizing what we're doing is extending basic human rights to a group of people long and cruelly denied them. History won't see this as a joyous victory so much as an inexplicable slog that took too long. We tend to forget history — when did women get the vote in Illinois? 1920? Wrong. April, 1914, as the states gradually did what the federal government was reluctant to do (sound familiar?) How can we claim we are making history now when we don't even know the history we've already made? Nor is the struggle over....
Okay, I'll stop. I know I'm splitting hairs—a lot of people worked very hard to bring this day about: congratulations, and thanks.


Don’t be fooled. Tuesday, Nov. 5, 2013, will not go down in history, at least not in the kind of popular history that regular people readily remember.
Yes, the Illinois General Assembly finally approved same-sex marriage, as well as an amendment that puts the law into effect in June — a fine season for weddings.  The state Senate immediately gave its consent Gov. Pat Quinn is certain to sign the law, if he hasn’t already.
A welcome, overdue and, with the protests and last-minute ear-twisting needed to gather the votes, dramatic development.
But historic?  No. Because the idea that gays and lesbians should be allowed to marry and share the kind of regular civil rights that straight citizens have always enjoyed will someday be seen as such an accepted part of life, such a no-brainer, the fact that it was once otherwise is what will puzzle and astound our descendants.
This isn't the first irrational bias set aside. They tend to be tucked away, as if society were embarrassed. Nobody remembers the year, never mind the day they started letting women work as postal carriers. (Any idea? Guess. With many men away during World War I and labor unrest at home, the post office in 1917 allowed women to deliver mail despite doubts "whether women could stand the strain for any length of time without seriously impairing their health.")
That's how progress is made. Pioneers push for change, the old verities are waved as excuses. But they buckle, circumstances shift and the truth prevails, eventually.
As with female postal carriers, people won't even remember the year gay marriage got the legislative OK in Springfield. This isn't like 1920, when a sweeping change in the Constitution gave women across the United States the legal right to vote. Gays are winning their rights piecemeal. Illinois is the 15th state, plus Washington, D.C., to approve same-sex marriage; not the first, not the last. But in the first half — not exactly a reason for state pride, but better than some.
Which is fitting, in a way, for a movement without any identifiable central leader: no Gandhi, no Martin Luther King. Just millions of anonymous people who 30 years ago refused to die of a mysterious ailment that their government didn't care about — AIDS — so they took a truth that was once a shameful secret and made it public. They told their families, friends; they marched in the streets and refused to be ashamed. It is the Gay Pride Parade for a good reason.
This is not to say that this day won't echo in individual lives. Just as wedding anniversaries are personal (not public) celebrations, so countless Illinois gay couples — and their children — will remember when the Land of Lincoln decided to join the 21st century and recognized these couples for what they are.
That's something that can't be stated too plainly: There is a bedrock of fact here. Gay people do not make worse spouses or worse parents. You could argue they must make better parents, since every kid they adopt is from a straight couple, somewhere, who can't or won't care for them. If gay couples had a similar record of failure when it came to parenthood, they'd never have reached this point. But they don't.
A word should be said to those who recoil in horror at all this, who hold up their well-thumbed Bibles, the several passages addressing homosexuality highlighted. To you, this is oppression, the dashing of your religious rights. Don't be silly. Religion might have helped mold the law originally, but as the law adapted to an increasingly democratic, increasingly free, increasingly humane time, it diverted from religion. Long ago. If you stone your daughter for speaking disrespectfully, the Bible will not excuse you. If you try to sacrifice an ox in your driveway, quoting Scripture won't help. You lost this argument; it's tiresome now. Sorry you haven't gotten the message, but it isn't all about you. Time to move on already.
So, not historic. But significant. Put an asterisk by Nov. 5, 2013. An overcast day in Illinois, made suddenly sunny by our skittish state legislators, who after a misfire last spring finally did the right thing.
If you're glad, congratulations. And if you think the world is crumbling, take comfort that you are completely wrong, and flatter yourself with the tantalizing possibility that you might someday realize it. Look around. The world is not ending. Some regular folks will be getting married. Normal people who love each other will be openly pledging their troth in Illinois, too. Just like 14 other states and Washington, D.C. Just like countries around the world. Your great-grandchildren will be amazed that it wasn't always thus.