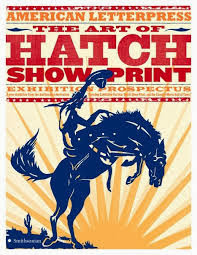 Film is dead, everybody reads books on their Kindles, or soon will, and listens to music compressed onto MP3s. Printing an image means designing it onscreen in about 30 seconds and then hitting a button that says "Print."
Yes?
No.
Not quite.
Allow me to introduce you to Hatch Show Print, a Nashville, Tennessee institution, started in 1879, responsible for iconic music posters for decades, a company which is not going out of business today, as you might expect. Rather is celebrating the grand opening of its sixth, and biggest location, at 224 5th Avenue South, assuming you are reading this Saturday, Nov. 2, brand new quarters of 10,000 square feet, double the size of their old space at 316 Broadway.
There, you can buy posters from its glory days, but you can also make one of your own—Hatch employs six full-time designer/printers, plus master printer Jim Sherraden, who has been there 30 years. Three-quarters of its sales come from new poster work.
And the kicker is, not only have computers not harmed Hatch, but — for your unintended consequences file — they have proven to be good for business. In 1986, sales at Hatch were a paltry $12,000. In 2011, sales were $750,000.
"One of the reasons Hatch is able to stay in business is, with the advent of computers in the early 80s, it flattened everything from a design perspective," said Celene Aubry, print shop manager at Hatch.   "Digital type is unable to create the texture, the tactile attraction, the layers of color. Our type is handmade, there is more depth to it." 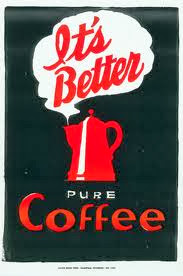 I found Hatch the old-fashioned way -- blundering around downtown Nashville one day in 2007. The place was closed, but what I saw through the front window stayed with me—a vision of hundreds of posters, new, old, monotone, an explosion of colors. Web pages come and go, but a poster stays, a good one does, anyway. I have a poster from the New York School of Visual Arts on the wall downstairs; I've been looking at it for 25 years; haven't gotten tired of it yet.
Hatch Show Print traces its roots to Rev. William T. Hatch, a northern minister who moved to Nashville after the Civil War to start a magazine, Southern Industries.  The city at the time was a center of printing, particularly of religious material. Hatch died in 1880, but not before his sons, Charles and Herbert, had opened up a print shop on Cherry Street.
Not only has Hatch endured, like a well-designed poster, but it is going to endure, seeing that, since 1992, it has been owned by the Country Music Foundation, the organization that oversees the Country Music Hall of Fame and Museum. The latest move was prompted by the museum expanding.
"Their archives are bursting at the seams," Aubry said. "They needed to expand and go full bore and get Hatch its own space, designed to be a print shop."
The lay-out resembled the 1924 shop that it had been forced to quickly vacate in 1992.
"Placement of type, placement of tables, the presses along an 80 foot window so people can watch us print," said Aubry. "Our typesetting process is much more ergonomic than it used to be. We are in a climate controlled building that's safe, we have access to archivists and historians."
The phrase "living history" gets bandied about a lot, but with Hatch it's true—your poster might be printed using type that was carved 100 years ago.
"Hatch was born the same year as the light bulb," Aubry said. "It was the time of forms of entertainment before electricity. Traveling circuses, traveling fairs. Advertising was on paper—'Come to the fair!' -- billboards on the sides of barns --that's how Hatch made its name, carving those big woodblocks for bold graphics."
And how big is the largest type Hatch has? Ready? Eighty inches—yes, letters that are more than six feet tall (printed one half letter at a time with 26 by 40 inch blocks, the largest their presses can handle)
"Crazy, isn't it?" said Aubry, who studied printing at Columbia College in Chicago and taught letterpress at Lillstreet Art Center here, and is a member of the Chicago Printers Guild and the Amalgamated Printers Association. 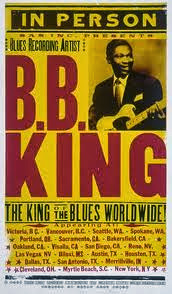 People have tried to reproduce the handmade quality of Hatch, but a) they can't do it and b) it's usually just cheaper to go to Hatch, and companies around the world, from Jack Daniels distillery to a new British snack food maker, have used them. They've done book covers, movie titles, CD jackets and of course posters, both for new bands and old favorites—they've been using the same graphic elements for B.B. King for 40 years.
Letterpress is hot all over—Chicago has a thriving scene, and Aubry mentioned Starshaped Press on North Ravenswood as particularly good. But they can't touch the tradition, the sheer inventory of typefaces, that Hatch has.
"She does beautiful work," said Aubry, of the woman behind Starshaped. "But she's 14 years old [her company, that is] and we're 134 years old, so it's not a fair comparison."
"We have the 134 years of continuous history, we have our collection , the tools we use every day, some date back to 1879," said Aubry. "We have big two-sheet letters carved in 1885. All born here in this shop, and mercifully, a continually operating business, through the good graces of a couple of Nashville business that saw the historical and cultural value of having this shop stay intact. So it all carries forward."
The print shop has a definite steam punk vibe to it, and a diverse cast of quirky, creative employees -- the youngest designer is 25, and Dan Brown, who runs the presses, is 83. Nothing about letterpress printing feels moribund; in fact, it feels like part of a growing recognition that you can only automate so much.
"I think there's a trend in that," she said. "Letter press printing. The idea of vinyl is more popular. I think people are going back to something three-dimensional, something they can experience, something you can connect with the process, as opposed to everything being so removed from who we are and our daily lives."
For some reason it made me think about journalism, and how some people actually believe its future lies it computerized aggregators and local news assembled by automatons in Lahore and Mumbai. It doesn't. 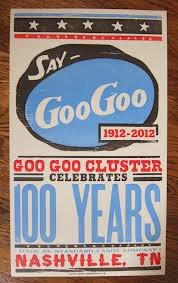 "One of the things about Hatch, and I think about anything -- about journalism. There's a connection to people," Aubry said. "When people come to our shop, they're talking to the person making their poster, and connected for the five generations it took to get us to 2013, printing in Nashville. The stories that go along with that, stories our clients bring to the table in terms of interacting with those clients, what we're doing here. So much of that is related to our personalities, to the people making the connection. There is a growing pool of people who are educated what the process is, who recognize what letterpress is."

Which is a very long way of saying that, when I decided I should promote this blog somehow, the first idea I had was a Hatch Show Print poster. So I'm having 100 printed up—50 I'm going to place around Chicago—a poster wants to be hung in public—as well as hand them out to a few friends and supporters of the blog. And 50 I'm going to sign and number and sell to you, for $15 apiece plus $5 shipping and handling.
That's the good news. But bad news is you're going to have to wait until Christmas, or even afterward, to get the chance to see the design and, maybe, order one of the rare copies. Hatch has a seven week waiting list.