Cops not only answer to Chicago violence 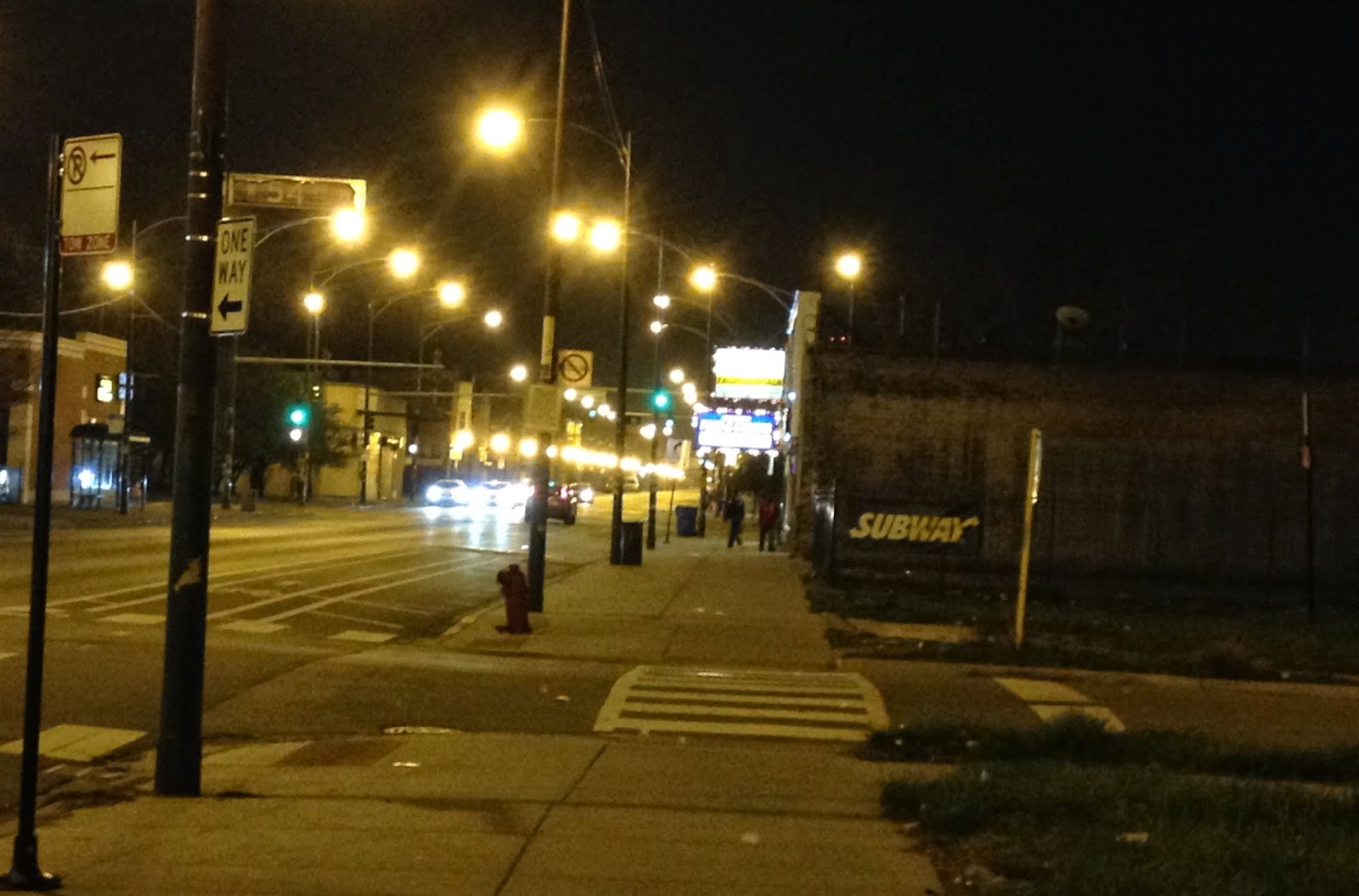 High school students volunteer more nowadays than when I was a kid.  No so much because they’re better than we were, though I think they are. Their schools not only make them do it, but colleges also expect it. Setting aside the conundrum of mandatory volunteerism, it is interesting to see the projects students come up with. Last weekend a pal of my older son’s threw a charity chess tournament. Another dug out buckthorn in a Cook County forest preserve.
My high school senior wondered what he should do and I suggested The Night Ministry, the last line defense providing health care and food to Chicago’s impoverished and downtrodden. They have a mobile medical clinic on a bus that goes around the city. Volunteers—often from church groups—coordinate to be at each stop, waiting with food.
Some of the stops require 200 meals, but Back-of-the-Yards is new on their circuit, so they suggested 20 suppers, which seemed more doable for an 18-year-old’s meal-making skills. He needed a helper to hand out the food, so I went along. It seemed prudent.
Being a meticulous sort, I built in extra time for traffic. But 94 was fairly clear, so we got to the corner of 54th and Halsted at 8:15, a half hour early. Nothing to do but park and wait. The boy popped on his reading light and lost himself in his New Yorker. I watched the street scene, which was largely empty. Weedy lots, a bar of some kind directly ahead, people coming and going.
The thing that really struck me were the police. Squad cars came by every minute or two. Up and down Halsted. Cruising in from side streets. One stopped for a long time in the alley across the lot to our right. 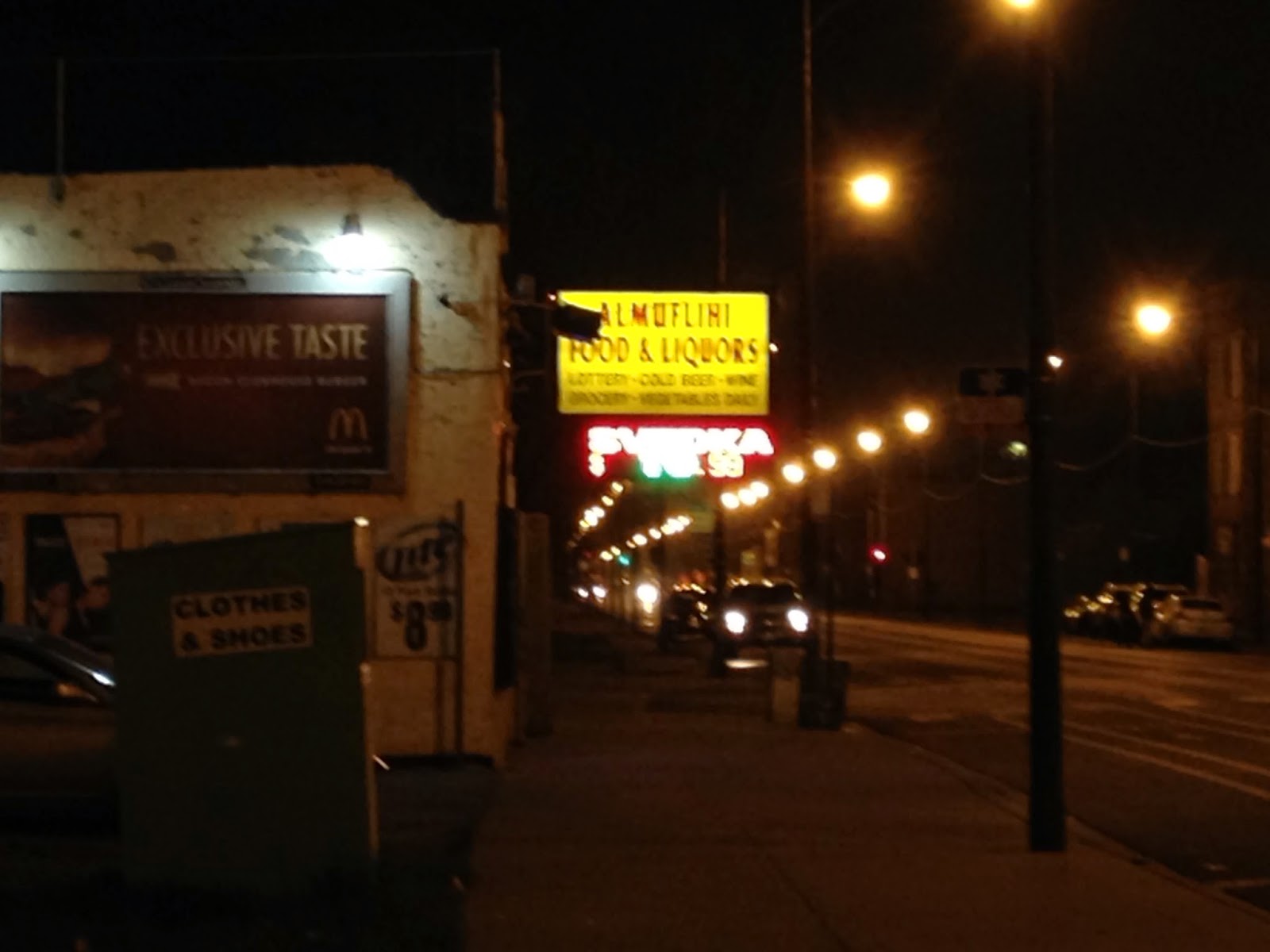 Lots of cops. Still, most of the time, the cops weren’t there. Chicago is an enormous place. And it occurred to me, that the violence, which seems poised to explode this summer—Chicago had one weekend with 52 shootings in April—is presented as a police problem. If we get X amount of police to do Y, then this will get better. I’m not so sure that’s true. I think it’s more a case of police being one of the few things that can actually be controlled by the city. Focusing on police is an example of the adage, When all you’ve got is a hammer, everything looks like a nail.
When people ask me my thoughts, I say "jobs." People with jobs are less inclined to go around shooting others randomly. I thought that was the smart, informed reply, but with a dozen shootings some nights, it also seems so hopelessly long-term as to be almost callous. Sure, good jobs would help. So would a pony. Guys won't be shooting so much if they're tending to their ponies.
Part of me wants to say, "try everything." Curb the illegal guns flowing into the city, seize the ones already here, mobilize churches, prod fearful neighborhoods to take back their streets from gang-bangers and support their efforts with police.
Another part wants to observe that this isn't something officialdom is going to sweep in and fix. Just as civil rights progress took countless individual acts of courage among people who sat down at lunch counters, in the front of buses, refused to be second-class citizens, so stemming violence is going to take individuals putting themselves at risk by standing up.   Kids shooting at each other are being failed by their families—heck, the fact that a 14-year-old was, allegedly, given the gun she used, supposedly, to kill her friend, should be a cause of echoing shock. Not shrugged off and forgotten. People in Englewood and Roseland need to realize this: The rest of the city doesn't care, not really, because it's not happening to them. Expressions of concern are mostly disingenuous attempts by people to wash their hands of the problem and feign compassion. Residents must be the ones who care. If family, friends and neighbors of a kid hanging with gangbangers won't stop him, what am I supposed to do?
I'm not saying it's easy. But this problem needs a cultural shift. I've seen Chief Keef videos extolling guns and the thug life. I've never seen a comic mocking gangs, and how inhuman and idiotic they are. I don't think ridicule is going to end gang violence. But it is part of the "try everything" program.
When I asked the boy what he took away from his Night Ministry experience, at first he just shrugged, as teens do. What about the people begging for an extra sandwich, I asked? The one instruction we were given about handing out meals was that people would ask for more than one, and we weren't to give in. As it was we were stripped of every scrap we brought and had to use the reserves on the bus. One man refused to budge. "Please," he said, staring hard at us, hand out. "Please. Please." We stood our ground; other people were in line. What about that part? I asked my son. Well, yeah, he said, there was that.