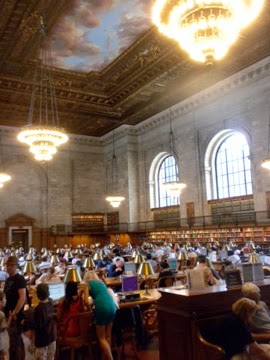 Books are worth less.
Not worthless, I rush to point out. Worth less. An important space between those two words. Still worth something, but not worth what they once were.
That’s been obvious for some time. Being a bookish guy, I resisted admitting it. Struggled to believe that physical books — pages of paper, covers, possessing both mass and volume — have an intrinsic value that will conquer the destructive twins of time and technology. Books would survive the Web revolution for the same reason violins survive: they perform better than a facsimile. 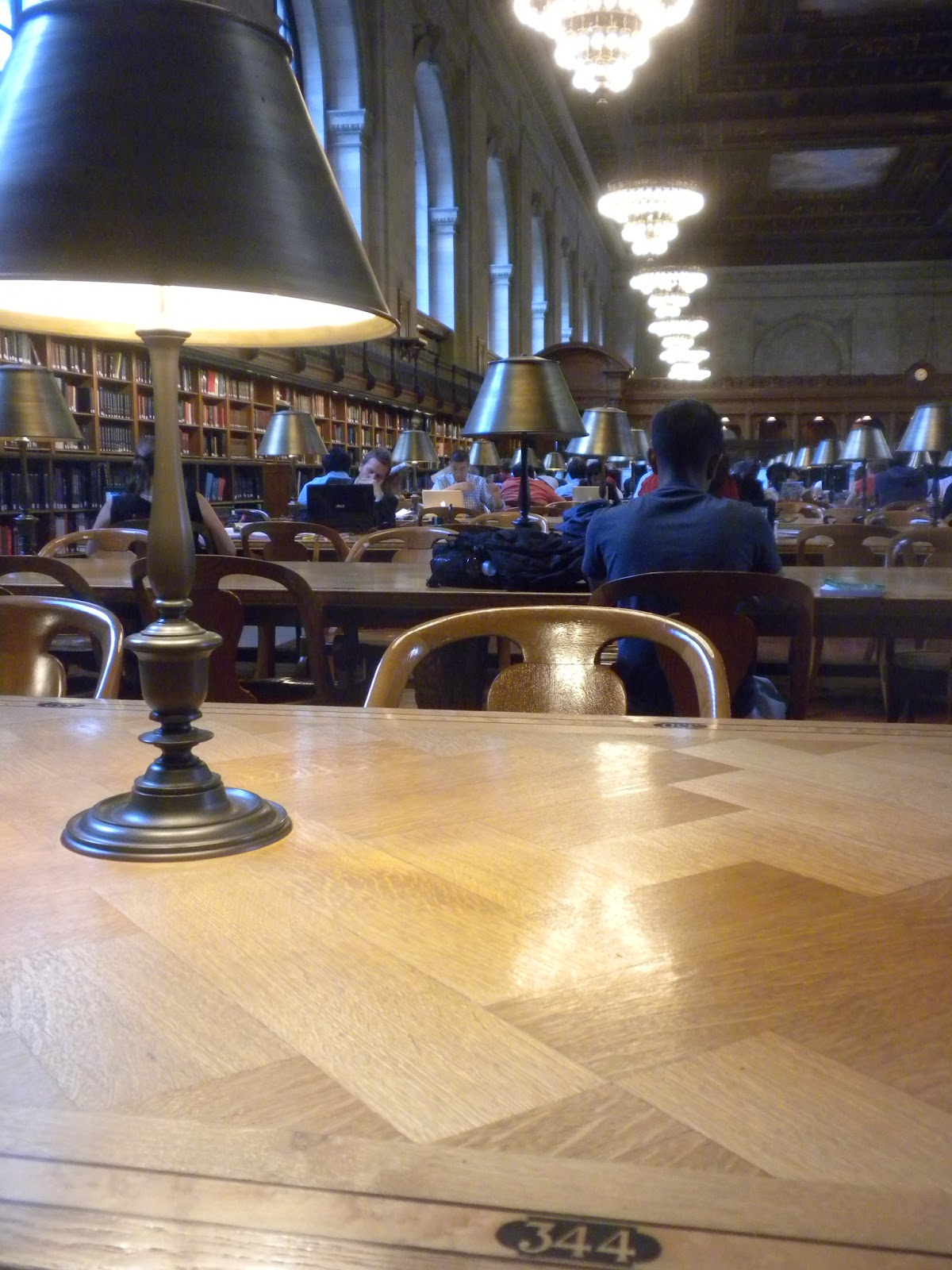 Now I’m not so sure.
It started as a tickle. Standing in Half Price Books in Highland Park a few years back. So big, and the books were so cheap.
Almost . . . too . . . cheap.
This is a transitional phase, I began to realize. Half Price Books will occupy the margin between the books that customers tote in by the bagful to sell and the ones they buy and carry out, until the books start backing up, as more people want to sell, but fewer want to buy a hardback for $12, or $6, or $3 or $1.50. When a bunch of electrons can be had for nearly nothing, those readers are going to keep asking themselves “Why?” The margin will keep getting thinner. Eventually books will be used for insulation if not fuel.
Traditions change. Look at what employees carry their stuff in. A decade ago backpacks were for students. Now someone carrying a leather briefcase — heavy, expensive, limited — is practically indulging in an affectation. He might as well carry an ebony cane and wear a cape while he’s at it.
To know where books are going, quite fast, all you have to do is look at the statistics. In 2008, 1 percent of book sales were e-books. In 2012, 23 percent of the revenue of the $7 billion book trade was from e-books. Nearly a quarter. Extend that graph out.
Though it was only last week that I really felt the tremor underfoot.
On the surface, it was good news, a win for the dusty volumes crowd. The New York Public Library announced it would not, as it had planned, offload its millions of books to New Jersey and turn the ornate Main Reading Room, two blocks long at its 42nd Street flagship, into a computer center. They had spent $9 million on plans for the change.
So, relief. But I also felt that odd tickle.
Last summer I was in New York, at the Main Reading Room, dragging my younger son (the way a normal man gathers ballparks, I wanted to add a third Gutenberg Bible to our trip, alongside the Morgan Library's and the Beinecke Library's at Yale. I hope that doesn't constitute child abuse).
I enjoyed just seeing the place. And yet — and this is the earthquake — I think keeping it the way it is probably is a mistake. The books should rest in New Jersey.
Why? Twenty years ago, I was researching a book on college pranks. Perhaps the best prank in the book occurred in 1902, when a drinking club at Yale, the Jolly Eight, tricked stern, ax-wielding saloon foe Carry Nation into thinking they were a temperance band, and she was their guest for a day on campus. At evening, they took a photo of her, supposedly toasting to temperance with a glass of water. They airbrushed a cigarette in her hand, as if she were partying with her Bulldog buddies. The Yale Record ran the photo with the caption, " 'I have always taken mine straight,' she said, laughing."
A fun, satisfying prank. But there was one loose thread: Did Nation ever realize she'd been duped at Yale? Turns out she wrote an autobiography in 1908, "The Use and Need of the Life of Carry A. Nation." It is a rare book — you couldn't get it through interlibrary loan. But the New York Public Library had a copy. So I flew to New York to read it. At the Reading Room, you request books, and they bring them to you. I remember sitting at a table in that vast hall, being handed a pair of boards tied together with a blue ribbon. I tugged at the bow. There was the book. I turned to the table of contents, at Chapter XVII started to laugh, out loud, in the otherwise silent hall. Its title? "THE VICES OF COLLEGES, ESPECIALLY YALE." Guess she found out what happened.
Last week, when I heard the news, I had a hunch and went over to Google Books.
Sure enough. There it is, Carry Nation's autobiography. You can look at it yourself with a few taps. No plane trip necessary.
That's far better. Scarcity creates value, but as much as I cherish the memory of that journey, I wouldn't impose it on others.
Times change and we change with them. That thought was penned, using ink and a nib, by John Owen in 1622. It's as true written on parchment as it is set in type as it is painted upon the screen in electrons. 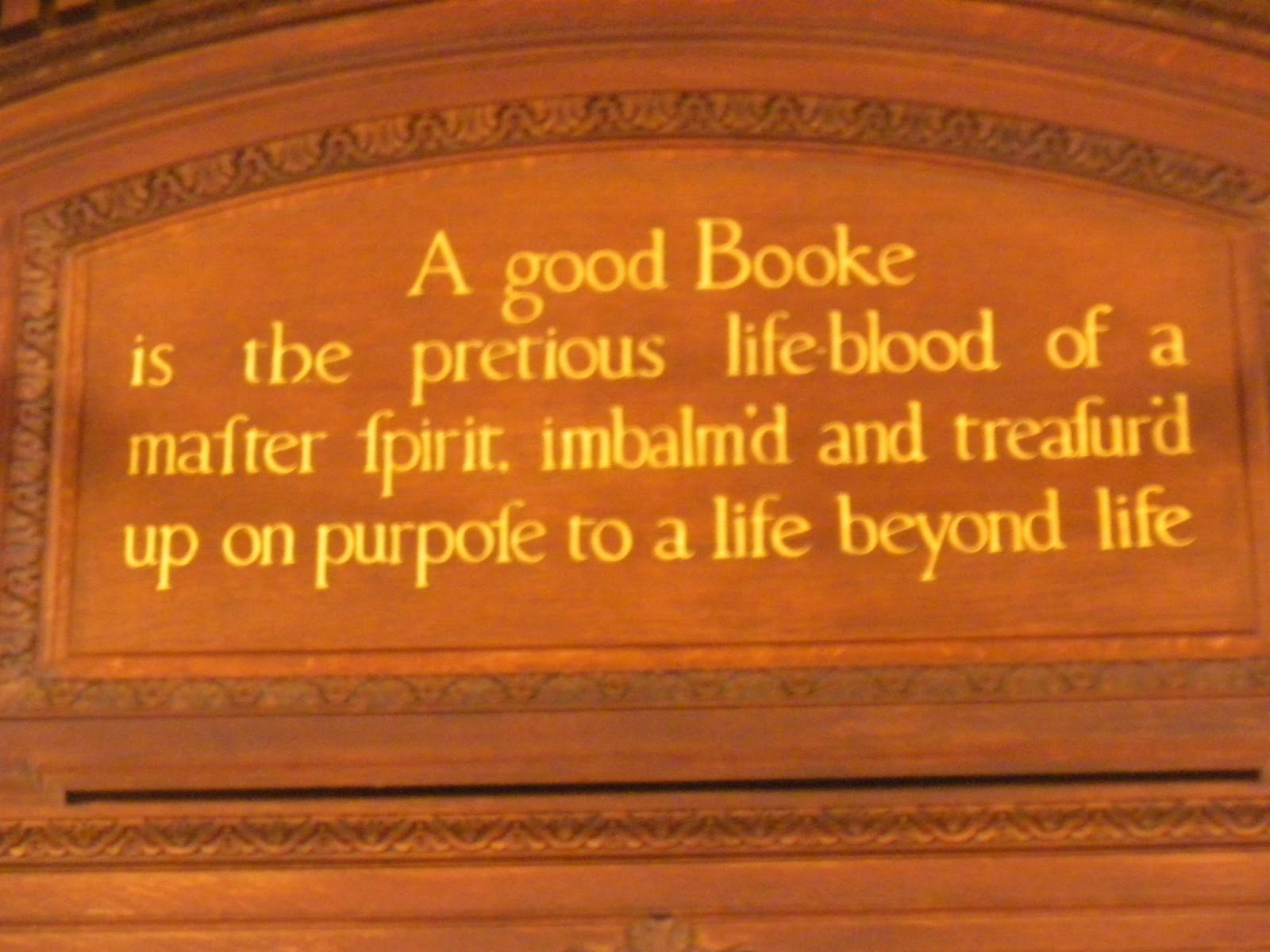