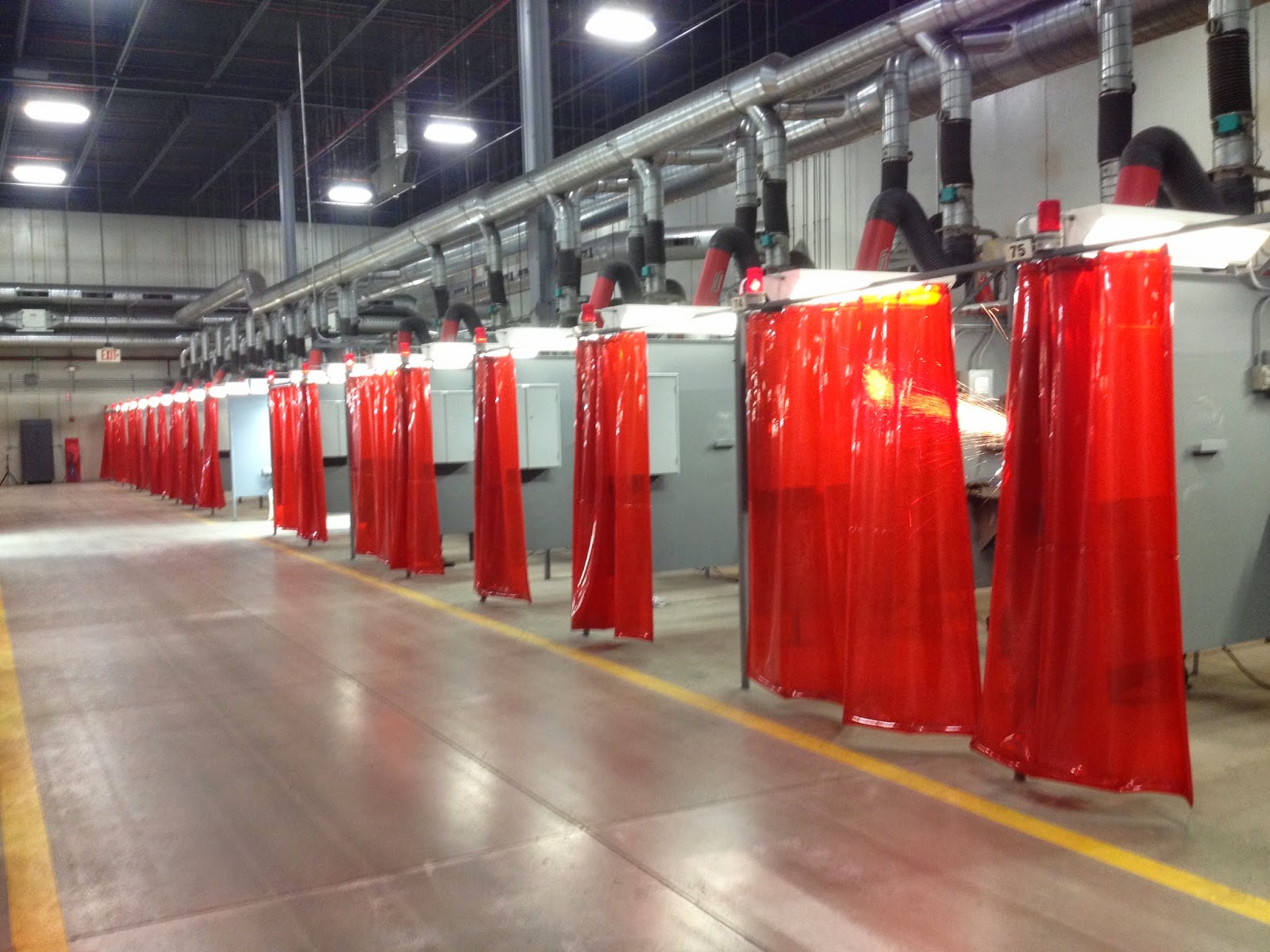 Notre Dame accepted 22 percent of those who applied last year. Northwestern University, more exclusive, accepted just 13.9 percent.
For the Pipe Fitters’ Training Center, run by Local Union 597, the acceptance figure is 10 percent.
Naturally, people want in. For those so inclined, it’s a sweet deal. Unlike Notre Dame, Northwestern, et al, you do not pay the school to learn. Au contraire. They pay you: $18.40 an hour, out of the box, your first year of apprenticeship, rising to $29.90 an hour by your third year. At graduation you are earning an even $46 an hour. There is a big catch, however, one that we will get to later.
I learned this tramping through the pipe fitters’ enormous 200,000-square-foot center in Mokena this week, perhaps the cleanest industrial facility I have ever been to outside of a flat-bed scanner plant in Taiwan where we first had to don white paper suits and hold our arms out in a special chamber while the dust was blown off our bodies.
I went for two reasons: a) they invited me and b) I’m curious about this sort of thing, about infrastructure, pipe and conduits, the silent support system that makes our world run. Unlike nature, which does its own installation and maintenance, the manufactured world doesn’t work unless somebody knows how to install it and repair it.
My education began from a low baseline. I picture a thousand guys on their breaks pausing, coffee cup halfway to lips, to shake their heads in disgust while reading this next part: I learned only last Tuesday that pipe fitters are not plumbers. Plumbers are the lords of low pressure: drains and sewers and potable water gurgling easily through tub faucets. Pipe fitters work under pressure, literally, repairing chilled water lines in refrigeration units, installing gas systems in hospitals, maintaining boilers — anything that involves pipes that carry pressurized fluid or gases, or liquids that are hot or cold. Pipe fitting is really a subspecialty of welding, and apprentices produce carefully welded pipes the way students write term papers. A weld can even take longer to do than a report: A 16-inch pipe can require two days to execute properly. The Mokena center has a hospital grade X-ray machine whose only purpose is to check student welds. Students practice in 114 red-curtained welding booths.
The center was built in 2005 and has a few touches not found elsewhere. The boiler room, for instance, rather than being hidden like most, is behind a spotless glass wall and as clean as a case at Tiffany's.
My host was Local 597's business manager, Jim Buchanan — "business manager" seems a modest title for a man who manages the local's $2.7 billion pension fund. A 1965 graduate of Fenger High, his description of the challenges he faced as a young man echo a problem facing the union.
"I didn't know anybody in this industry," he said. "No brother. No uncle. No nothin'."
Which is how you got—and to a degree still get—into these trades: clouted in by a relative or a friend. Which did not—and to a degree still does not—make for a diverse workforce. Of the 700 apprentices here, about a dozen, or 2 percent, are women, a figure the Labor Department is constantly pushing to get higher. "They're always telling us they want more women," said Kevin Lakomiak, the apprentice coordinator.
The pipe fitters report that 16 percent of their apprentices are minorities, though none were in evidence the day I visited, and the local has been the subject of a class-action lawsuit that says even minorities who join the union have trouble getting work. And that's the catch. Even if you are a member, you still have to get connected to jobs. Plus there is the factor that their training center is located in Mokena, which is 1 percent black and a solid hour from Chicago. The intention in moving there might not have been to keep minorities out. But that is the result.
Applications are taken at the center in person on the first Wednesday of the month.
"We get to see what we're dealing with," said Adam Sutter, the new admissions director working to drum up the next generation of pipe fitters. Applicants take a test and need a score of 71 to be considered.
"Those that make the effort have a great career," said Buchanan, who is proud of his local's improvements. "We have made some great strides," he said, pointing out that three of 20 full-time instructors are African-American. "Very, very competent people," he said. "Is there room to improve? Yes."
I cast an envious eye toward their setup. Self-insured, they try to keep members healthy. A 91 percent-funded pension. Must be nice.