These bicycles are brought to you by.... 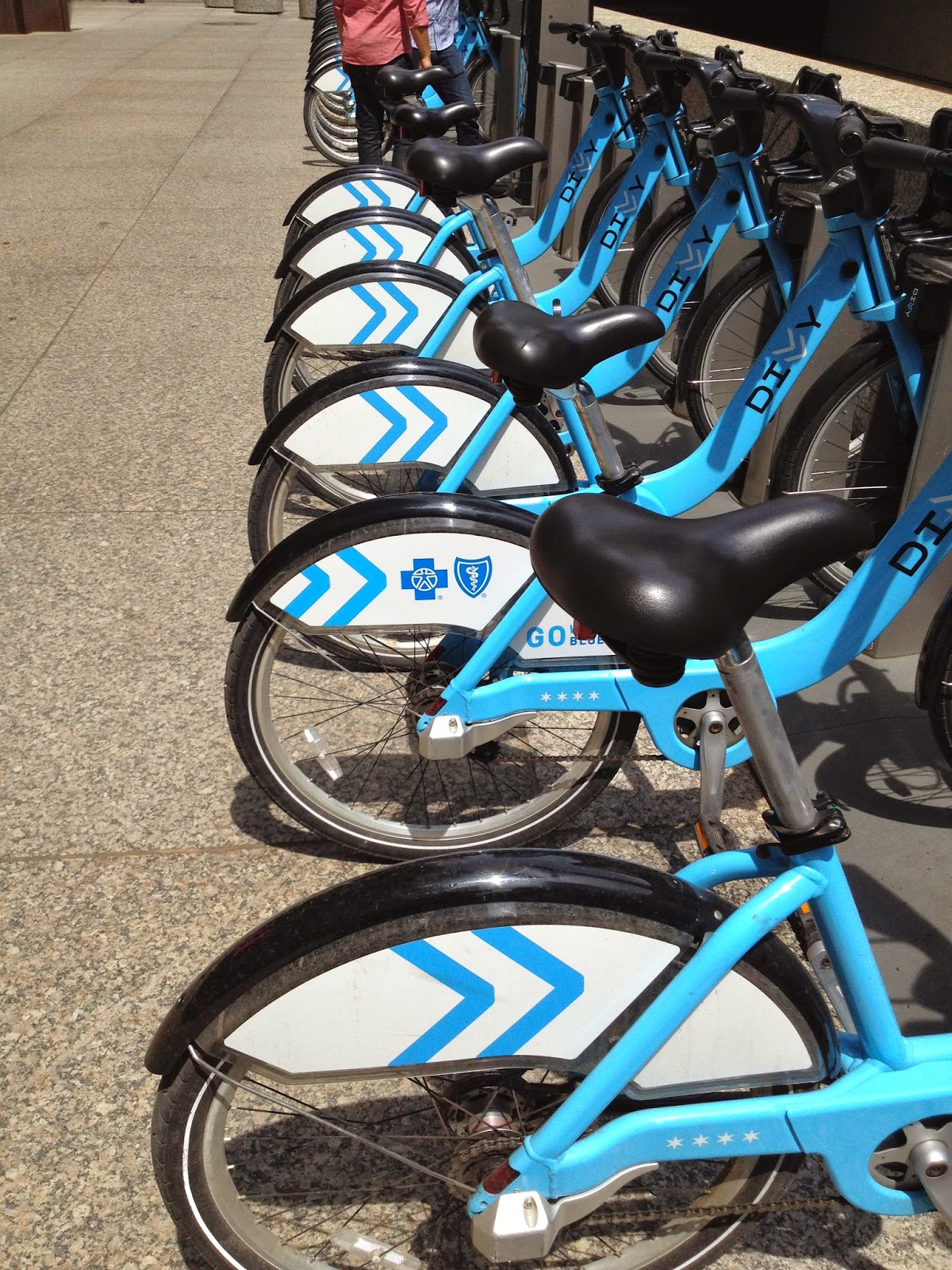 Here's a contradiction: I love brands but hate branding.
Certain products, packing, logos and labels simply have a beauty to them: Heinz ketchup in a glass bottle. The Tabasco sauce label. The Apple iMac. Ketchup in a plain glass bottle would seem generic, wrong.
Liking the product itself can be secondary; I don't smoke but admire the Lucky Strikes pack.
But it's somehow different when some non-product is slapped with a logo. A shiver goes down my back when  a heretofore unbranded space become branded. It seems bad, the seizing of public space by private enterprise.  I complained first and loudest that Chicago got nothing for its bike system while New York pried $42 million from CitiBank—hence "Citi Bikes." But now that Blue Cross/Blue Shield has stepped up, almost a year after the Divvy program commenced and is slapping its name on the bikes, well, I'm torn.
Yes, the $12.5 million is helpful, for more bike stations and bike lanes. A tad more than a quarter of what New York got —we'll try not to think about that.
But something about it...maybe because Blue Cross/Blue Shield has particularly ugly logos. A stick figure crucified on a crude blue cross, and the snake-on-a-stick caduceus. And what kind of company has two logos? You'd think they'd combine them into one decent logo.
Maybe it's the year? We've bonded with Divvy, at least I have, and now it's changing. Maybe the change itself is unsettling. The United Center came into the world as the United Center, and therefore seems benign. If it had been the Bulls Center, first, that might have been different. It would be like the parents of a 1-year-old baby announcing that no, he isn't Charlie anymore, he's Ben. It would be weird.
So maybe it's the retrofitting the brand onto the up-and-running sky blue image of the Divvys that's vexatious. Or it's a reminder that our government is broke and needs to raise cash, and this is how we like to do it. Taxes bad, branding good. So our communal space sells off parts of itself with a whiff of cowardice to boot. Hidden fees, fines, tickets, ads, anything that can't be called a "tax" by a political opponent.
Maybe the worry is that someday our culture will resemble a NASCAR race car, festooned with sponsors. The bike system now, parks later. At least it's not school buses, not yet. Other places have tried that. Double unsettling, because kids are involved. "Attention class. This restroom break is sponsored by Gatorade..." I suppose we should be lucky it's not currency, not yet. The postal service has already sold off space on stamps to whoever wants it—and the joke is, few do.
The logo started showing up on bikes last week, cluttered and unbeautiful and unwelcome.
I suppose we'll get used to them. Or perhaps when the Blue Cross sponsorship is up in 2019, it will pass to other "blue" themed companies. Jet Blue, Blue Moon Brewing, IBM ("Big Blue," remember?).
Maybe in time it'll even seem natural. The Wrigley Field name is so sacrosanct people forget it's hawking a brand of gum. But it is.
Posted by Neil Steinberg at 12:00 AM