The old and the young reaching out to each other, through the Internet 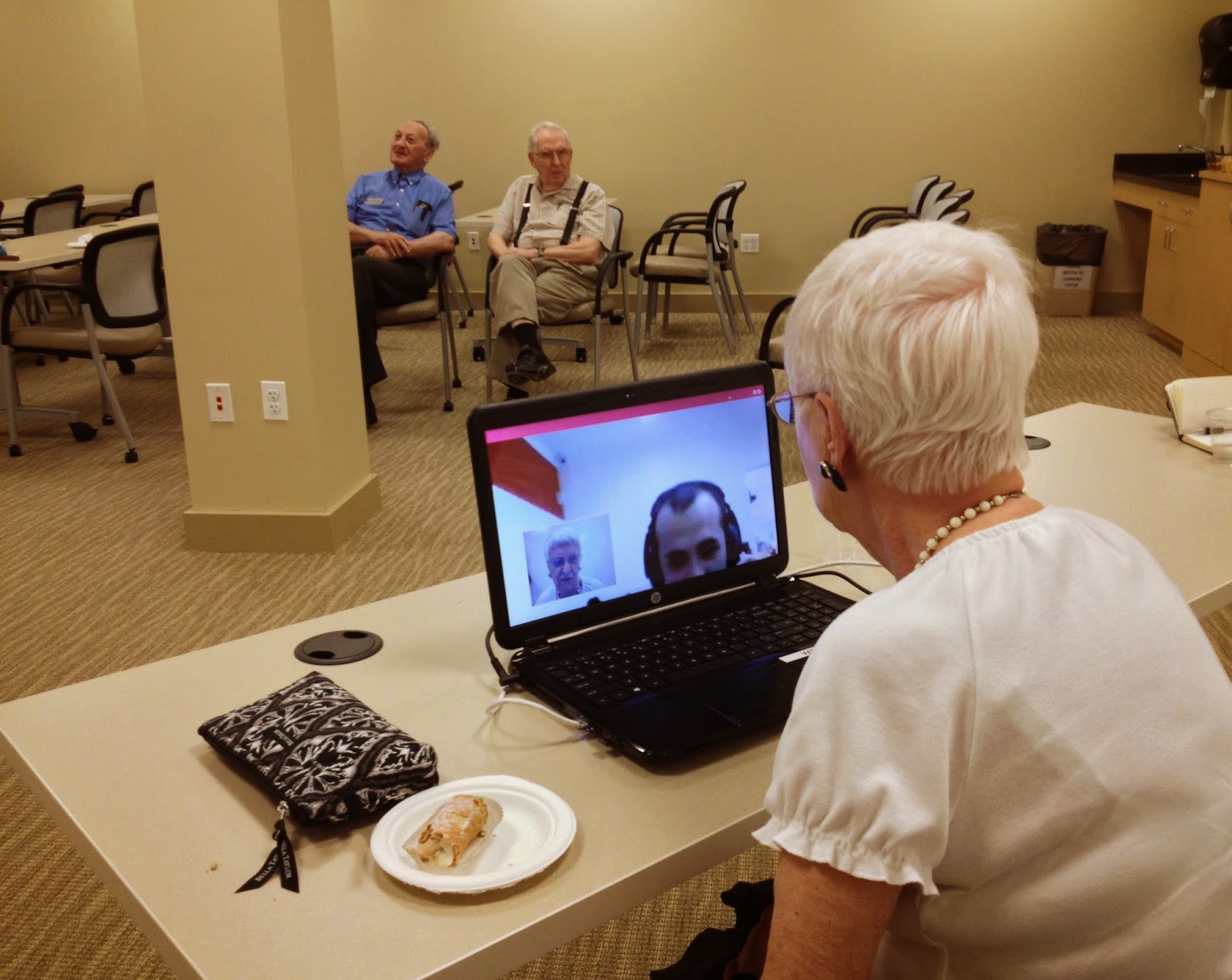 On Monday, a colleague sent me a link to this touching video of senior citizens outside of Chicago helping Brazilian students learn to speak English. On Tuesday I was there, at Windsor Park retirement community in Carol Stream, watching the residents interact with students in Sao Paolo. The reality fell far short of the slick on-line presentation, and I had to mesh what I saw in front of me with what the seniors had already experienced. I didn't want to go too easy; this all might be a Brazilian advertising agency semi-scam whose sole purpose was to promote the school. I didn't want to go too hard; the seniors seemed to be having fun, and this kind of interaction could —emphasize "could"—have the potential to become something significant someday. 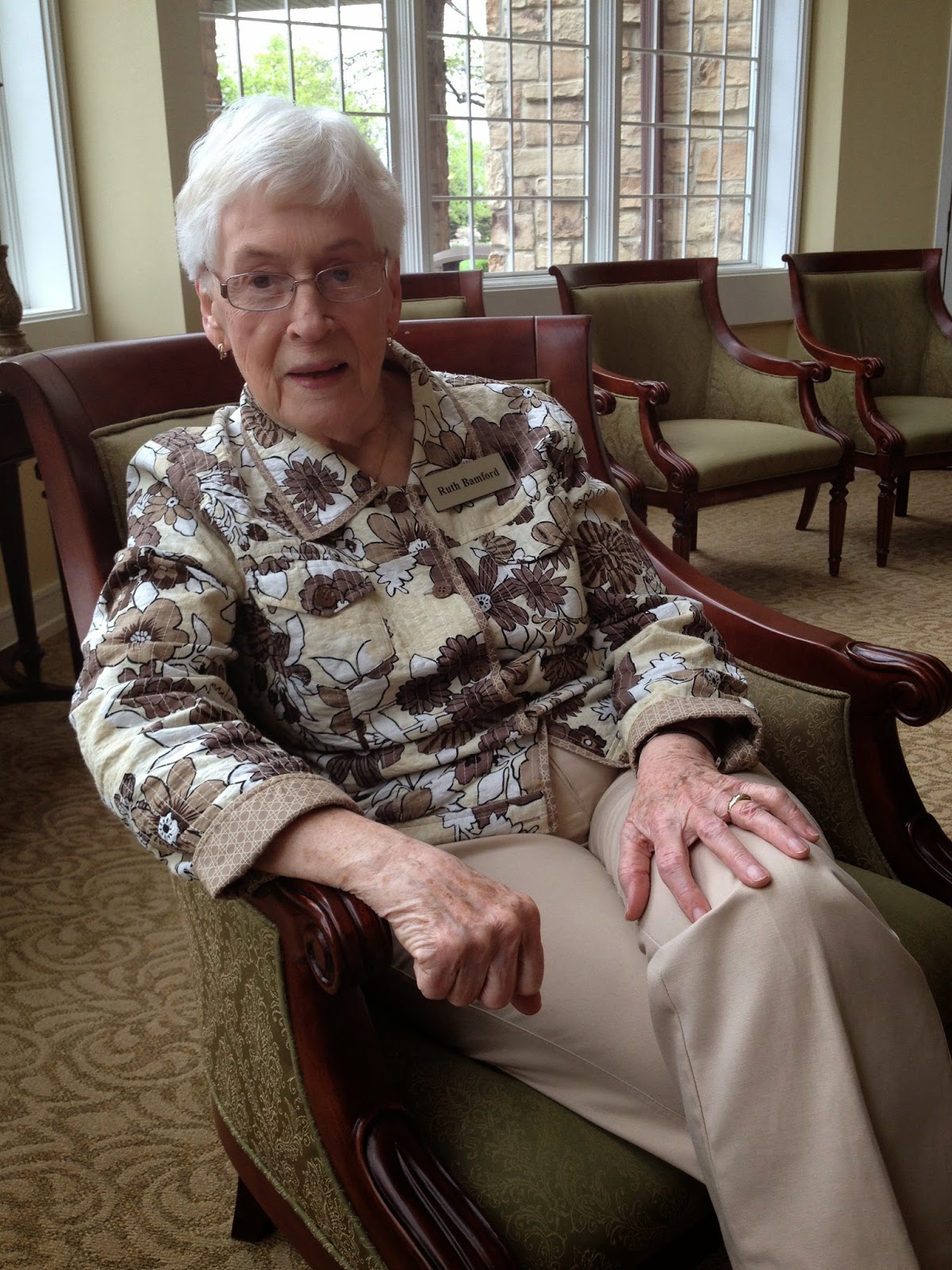 ‘How do you live effectively, and not just wait?” asked Ruth Bamford, sitting in the lobby of Windsor Park, a senior home in Carol Stream, posing a key challenge of growing old, but not mentioning the thing being waited on.
At this moment Bamford, 86, a former dean of student programs at Wheaton College, is waiting to help students in Sao Paolo, Brazil, with their English, part of a new program,  Speaking Exchange, that has caught the Internet’s fickle attention because of a touching video produced for CNA, a chain of 580 English schools in Brazil, that has racked up nearly a million hits on YouTube.
“My nephew called me this morning and said, ‘Aunt Ruth, you’re famous!’ ” she said.
The video was shot in April.
“We were invited to be interviewed by this young man who was making a video for this CNA project,” Bamford said.
Watching the video, viewers get the impression that this program has been going on for a while and the seniors developed a warm relationship with the students. Actually, the video was shot the first time the six Windsor Park residents and the Brazilian students had spoken. “We just have done it once, and it took us two full days,” Bamford said. “It was really quite a process.” 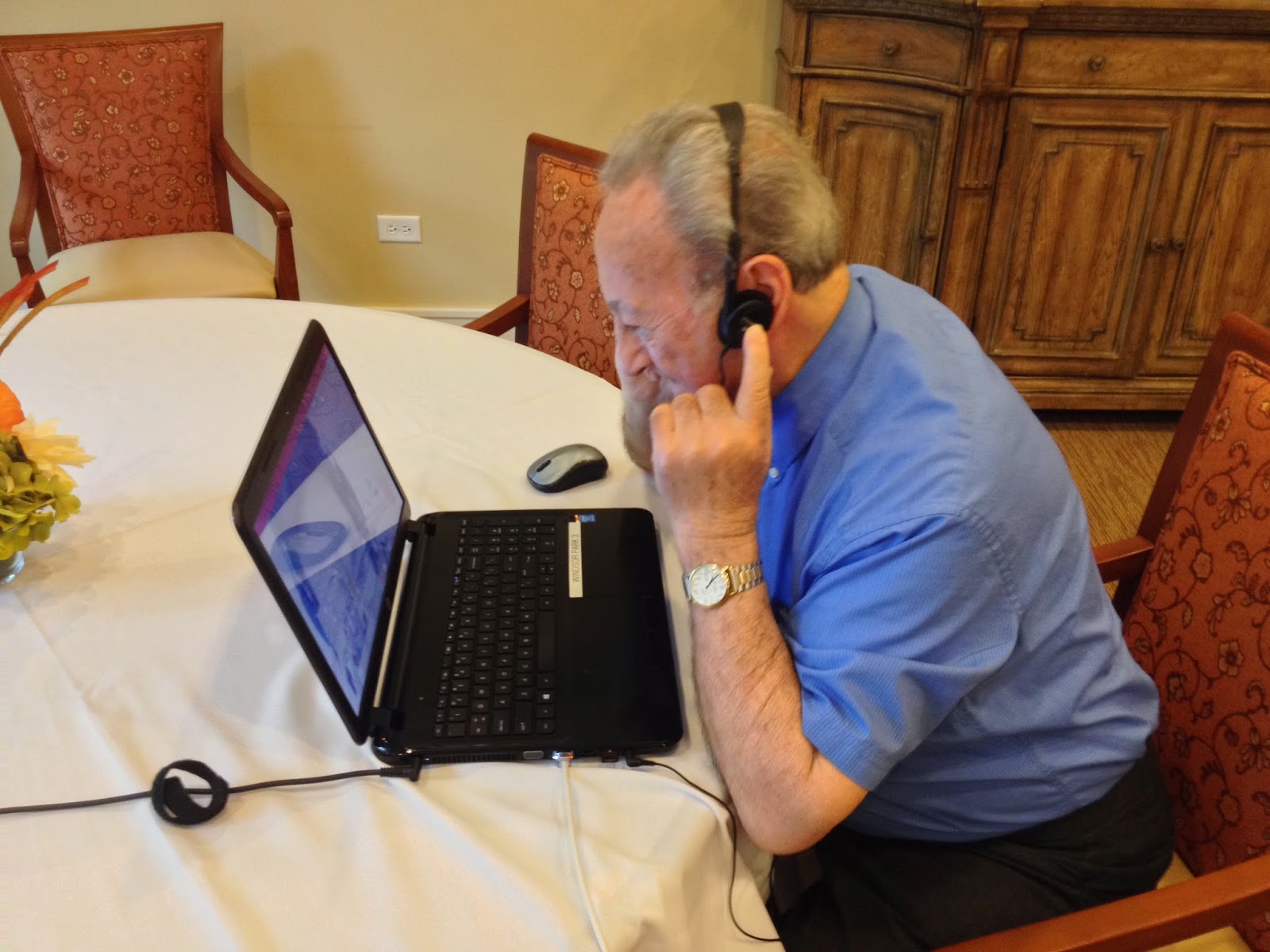 Julia, her student, 14, was “quite shy” Bamford said, “so we related on that level. We were both having a new experience.”
I visited Windsor Park, a luxurious senior facility of 600 residents with a $125,000 entry fee, to watch the second session.
Two HP laptops were set up in a small social room, with tables and a spread of pastries and soda. Two more computers were across the lobby in a small dining room.
Marion Carbonari, 85, waited in front of a laptop. Finally, a telephone bell rang and, with an assist from Windsor Park Executive Director Karen Larson, the connection was made. A man wearing a headset appeared.
"Hi, who are you?" Carbonari said, with precision. "What is your name?"
"Pedro," he replied.
"Hi Pedro, I'm Marion. How old are you?"
"I'm 31."
"Thirty-one? You're a little bit old for the class." Turned out he was the technician. There was a lot of that. Trouble hearing, slight dismay that the well-scrubbed teens of the first session were gone, replaced by men in their mid-20s with five-o'clock shadows. No matter. The seniors plunged gamely on with questions about life in Brazil and information about themselves.
"I live in a city called Chicago," Carbonari said, when her actual student, named Vincent, 20, appeared. "It's so good to have someone to talk to in a different country."
Across the room, Ann Galezio, 75, was laughing, her face close to the screen.
"Is there a girl in your life?" she asked.
Seeing the process unfold in real life was reminder that, as with TV commercials, videos online can be deceptive. In the video, all is warmth and heart-tugging music. The process I saw was more hectic and disordered. Some of the media coverage referred to the seniors as "lonely."
"I saw that," Bamford said. "We're not lonely here. I don't think this community would be described as lonely. I wouldn't ever say that. This is a vibrant community with lots going on every day."
That said, the program is just beginning, and given what the Internet is mostly used for - buying books and shoes, trading snark, posting photos of your lunch - the idea that young people with something to learn could be paired with seniors with something to teach is vastly appealing.
"Residents, like all of us, want to be part of something," said Larson, noting that 80 residents have signed up for the weekly program. "This gives them something to be part of, to contribute. The world now leaves this group behind. It's hard to plug them in, and this is an easy way to plug them in. Technology is making it possible; the way technology works now it's so simple."
Bamford plans to keep being a part of it.
"There's something so beautiful and exciting," she said. "Even as I watched it myself today, to see this young lady and this old lady speaking together, a thousand miles away from each other, effectively communicating. . . . This is a loving community, and I think it showed. A lot of old people are very loving and tender and kind. I think that emotion showed there. Talking to someone so far away, that you do not know at all, that you've never been introduced to. That's kind of a phenomenon, I think."
Posted by Neil Steinberg at 12:00 AM