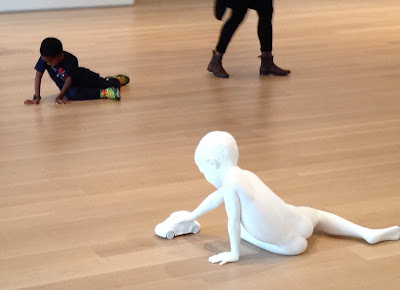 With the Chicago Teachers Union strike, I was looking at columns I've written over the years about the public schools, and noticed this column. It's the sort of thing that sticks in the mind. My mind anyway. Not only cradling little Leanna as a drug-damaged infant, but sitting in front of the television, half listening to a local news report about a 13-year-old girl dropping dead in front of her 7th grade classroom, snapping to attention when they mentioned her name.

"That's my cocaine baby!" I shouted to my wife. I hate to make a sad story even sadder, but I realize now she would have been 33 years old had her mother not taken those drugs. I'd draw your attention to the reaction of the principal: It isn't easy teaching children, not if you do it right.


Delores Dorsett smoked herself into labor on a crack cocaine binge. Doctors tried to stop it, but two days later, on Mother's Day, 1986, her daughter Leanna was born.
Like many cocaine babies, Leanna was born with problems, the greatest being she was three months premature, and weighed 1 pound, 13 ounces. She lost several fingers from the umbilical cord wrapping tightly around them and cutting off the blood. She had a club foot. She was so damaged that doctors had to test her blood to determine she was a girl.
I met Leanna and her mother that autumn. On Fridays, we would go together to Northwestern University's Perinatal Dependency Clinic. Delores Dorsett had an addict's openness. She would answer any question, and slowly it dawned on me that she had spent her life talking to officials, and I was now one of them.
When I first saw Leanna, she was 3 months old and weighed 5 pounds, 6 ounces—underweight for a newborn. She was a shocking baby, with huge, desperate eyes that bored into you. While the terrible cocaine withdrawal at birth had passed, she was still jittery when you held her, writhing and crying and fussing, though her doctor wasn't sure if it was due to the cocaine or being born prematurely.
Her mother was then 30 years old and had seven children. Leanna wasn't her only child harmed by cocaine. Nor did Leanna's birth end Delores' addiction. When Leanna came home from the hospital after nearly three months of intensive care, Delores prepared for the occasion by smoking crack.
For more than a dozen years, I thought about Leanna Dorsett. Wondered what became of her. She was such a small spark of life, facing hard odds, right off the bat. Beaten up in the womb.
My naive optimism told me that everything would be all right. I would wait a decent interval of years—and those years just snap by—until she was 18, or maybe even 21. And then I would swoop back into her life and find out.
I truly believed, or hoped anyway, that she would be a college senior somewhere, bright, vivacious, the missing fingers the only hint that she had to battle her way into this unhappy world.
Would it be fair of me, I often wondered, to present myself at all? This unexpected person, the observer, exploding into her life to tell her that her mother was a drug addict, that she had to be swaddled tightly to give her the sense of security that most babies have naturally but cocaine babies have lost, a balm to her shattered nerves?
I pondered the matter from time to time. But really there was no rush. The years still stretched ahead. Maybe she would appreciate learning the truth. To have mysteries finally illuminated. Maybe she would resent it. Who could tell? I always believe that the truth helps. But what if your truth is an awful truth?
That debate doesn't matter now. Leanna Dorsett collapsed and died last week in her classroom at Garrett Morgan Elementary School, where she was in the seventh grade.
"She was a beautiful young lady," said her foster mother of six years, Claudette Winters. "She liked to dance. She liked music. She liked all her classes."
She said the Illinois Department of Children and Family Services never told her that Leanna was a cocaine baby.
"No, they didn't," Winters said.
That's par for the course for DCFS. Sometimes they tell the parents. Sometimes they don't.
"It would depend on the case," said Audrey Finkel, the deputy chief of communications for DCFS.
Leanna's foster mother should have been told.
"Absolutely," said Dr. Ira Chasnoff, who treated Leanna as a baby and is now president of Children's Research Triangle, an independent organization working with high risk and drug-exposed children. "Any family who is asked to foster or adopt a child needs to have a complete history. It has tremendous implications for the child's ongoing health and education. So even if the child is perfectly healthy, but having behavior problems, you can understand the behavior in context. So often we see children put on medication—Ritalin is an easy out—when what they need is a specific type of therapeutic approach to help manage their behaviors."
The medical examiner's office said Friday that autopsy results are inconclusive. And while experts don't know that being a cocaine baby could cause a 13-year-old to die suddenly, it certainly might.
"We know early on that children exposed prenatally to cocaine have an increased rate of cardiac arrhythmias," Chasnoff said. "We've followed a bunch of children and found they have cleared up by 6 months of age. We have not found any of the children having them at an older age. But I think it's possible."
Leanna Dorsett was buried Thursday. Her classmates and teachers remembered her not as someone who was dealt an unfair blow, but as a beautiful child whose inherent goodness managed to shine through adversity.
"There's a lot of broken hearts at the school," said public schools CEO Paul Vallas. "The principal is a veteran, and she's distraught."
The principal, Dr. Inez G. Walton, wept as she spoke of Leanna.
"She was still a little wide-eyed girl, a very cordial child, well-mannered, well-dressed," Walton said. "She was a loving child, she tried to please. Everybody just really cared about her because of that. She had problems in terms of academics, because she was physically challenged. She had a lot of operations. But she was a child who would hug. She was just a joy to have in the school, truly a joy. I've lost children before, and all of it hurts. But not like this. This just shook everybody. The engineering staff. The people in the lunchroom. They loved her. This little girl touched everyone in that school like she was an angel on a mission and her mission was to touch people, and she did."
—Originally published in the Sun-Times, April 23, 2000
Posted by Neil Steinberg at 12:00 AM