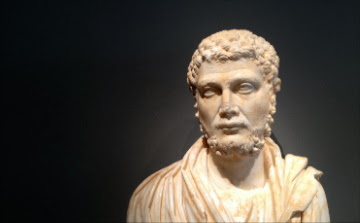 I don't normally do two posts a day — one seems plenty. But I have a weeklong series starting tomorrow, "Handy Concepts," and the newspaper tossed up my Monday column early, so I thought I might as well post it here as well. There's no one like Dan Savage to cut through the fog and bullshit about a topic, and he does so to great effect, at least on me, regarding Obamacare in his new book, "American Savage."

For a moment, I was almost sorry Dan Savage is gay, sorry that he writes a sex advice column, sorry that he’s someone who can be so easily dismissed by the people who need to hear him most.

Sorry that he waited until Chapter 13, 203 pages into his new book, “American Savage,” to turn his incisive mind to Obamacare, long before the Republicans shut down our government and held it hostage over the issue.
I had been half watching the shutdown through latticed fingers, as the latest chapter in the endless political Punch & Judy show to which our politics have devolved. I did not see it in the clear, moral terms Savage paints, didn’t see the deep hypocrisy.

“Jesus commanded his followers to clothe the naked, shelter the homeless, and care for the sick,” Savage writes. “Making health care available to all seems like a no-brainer, Jesus-wise among the most Christian projects a president, or a nation, could possibly undertake.”
But it isn’t, for reasons he explores. Tea Party sorts despise the government. They hate the president even more. “Barack Obama is bad,” Savage writes, channeling Tea Party thought. “He runs the government (bad) and he’s a socialist (bad). And if a government-running socialist is for something, well, then that thing must be very bad.”
This, despite the fact that Obamacare is tepid, far from the one-payer system found in every other civilized country in the world. Even though it is basically a giveaway to the health-insurance industry that doesn’t quite fix the problem (the chapter is called, "Still Evil. Less Evil. But Still Evil.") a policy first thought up by Republican think tanks and first tried in Massachusetts by a Republican governor - Mitt Romney,

remember him? - who would later completely renounce its undeniable success in a jaw-dropping, soul-damning attempt to be president.
"If a Republican president had signed the Patient Protection and Affordable Care Act into law - crafted by a conservative think tank, beta-tested by a Republican governor, backed by the health-insurance industry - the GOP would be crowing about how it represented a triumph for conservative thought and governance," Savage writes.
But alas, the Worst Man on Earth except for, maybe, Satan, is behind it, so it must be opposed, no matter how ethical, no matter how necessary. Savage revisits oblivious claims of Republican politicians that everyone has health care. "You just go to an emergency room," George W. Bush blubbers.
Then Savage documents the truth of the situation. Thousands die every year for lack of insurance and the medical care that comes with it. He quotes a study from Johns Hopkins Children's Center: "Lack of health insurance might have led or contributed to nearly 17,000 deaths among hospitalized children in the United States."
I can't summarize the entire 23-page chapter. I wish it could be made into a pamphlet, or emailed to every voter, but that would suggest Obamacare opponents are thinking sincerely, and they're not. Conclusions first, reasons cherry-picked later.
He even does something I didn't think possible: earn respect for Justin Bieber. Savage quotes a Rolling Ston e interview where the Canadian pop star sneers at us. "You guys are evil," Bieber says. "Canada's the best country in the world. We go to the doctor and we don't need to worry about paying him." That peace of mind somehow offends religious Christians, and Savage takes time to find out why: They believe it smacks of "government control" and "coercion."
"Obamacare isn't Christian because Jesus Christ wants each of us to make an individual choice to be charitable. Collective acts of charity - a society coming together to make sure all citizens have access to health care - isn't Christian because Jesus wants us to choose to be charitable."
Which strikes Savage as odd, because "the very same Christians who oppose collective, coerced, society-wide action to provide health care to all . . . turn around and argue that we must take collective, coercive action as a nation to prevent women from having abortions."
On second thought, it doesn't matter if he is a gay sex columnist. No one is listening to reason anyway. If this battle were about sensible policy, it would never have started. Once a group turns its own religion's moral system upside down, once it hypocritically oppose its own program and kneecaps its own country to do it, the members are beyond argument, no matter the source. The clear thinking of Savage's analysis braces those of us who stand firm in the face of this implacable enemy in our midst. That is enough.
Posted by Neil Steinberg at 8:15 AM