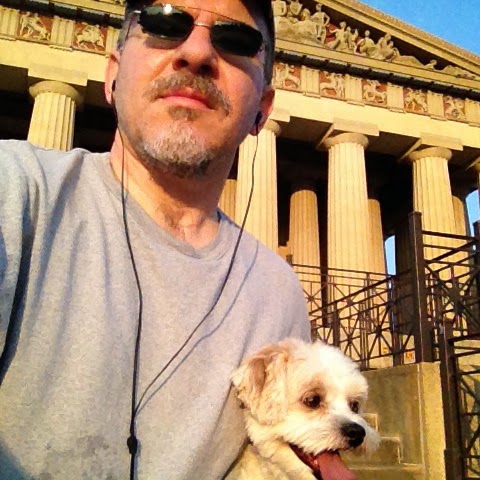 We visited seven schools, which I will describe in detail Wednesday.
Not much time in Nashville—just enough for me to do a morning jog through Centennial Park with Kitty, and remind myself that yes, they really did build an exact replica of the Parthenon out of beige concrete. At the beginning of our run, I posted a picture of the place to Facebook, and a friend scoffed -- she insisted I was lying, the photo a fraud -- so vehemently that I took a few selfies with Kitty before the structure, to prove the thing is really there. It wasn't open so early, so I couldn't see the statue of Pallas Athena, but I savored the irony anew that the heart of the Bible belt had erected a pagan temple with a 42-foot-tall, gilded goddess inside.
After that it was three days in Marshall, North Carolina, at River Dance, a bed and breakfast up a remote mountain road that my wife had found. It was everything a bed and breakfast should be -- capacious, friendly hosts, a comfortable chair with a staggering view (see above). We hiked the first day, Kent and I spent a morning white-water rafting on the French Broad River the second. The third we ventured into the town of Marshall itself, population 872, which no doubt is a few derivations above the truly desolate small towns, but shocked my boys nevertheless, particularly after we popped into a hardware store to ask about charcoal, and the clerk answered in an unintelligible deep-in-the-hollows slurry. We didn't quite back out slowly, but we didn't press the issue.
"The educational opportunities here must be very limited," Ross said gravely. I thought about going back and shooting a video of the clerk speaking, for anthropological purposes, but decided that would be a Bad Idea. Back at the bed and breakfast, our hosts  explained he was a beloved local personality, known for his chicken dancing at local musical events, and probably would have welcomed the attention. 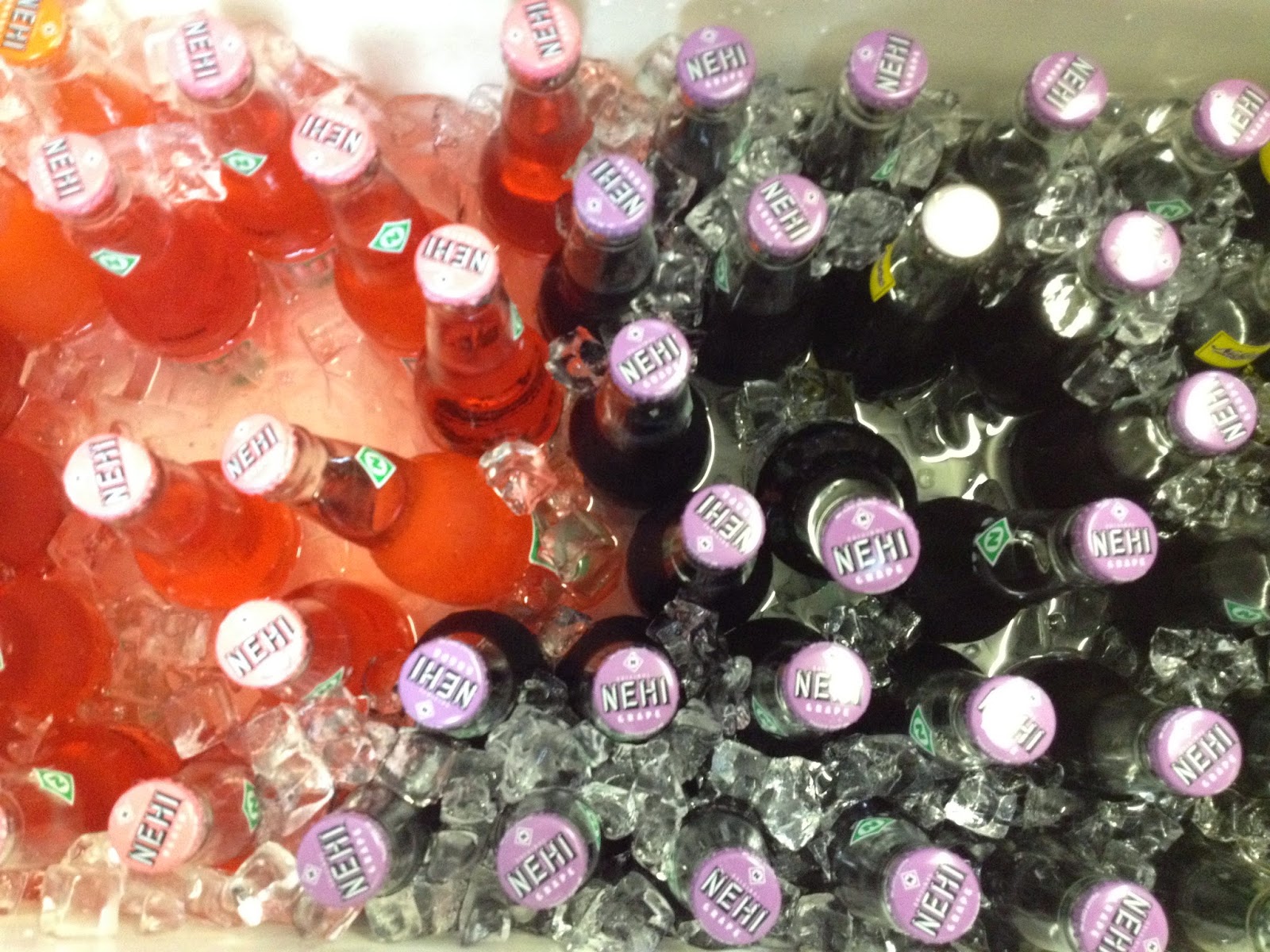