Judaism isn't easy, but it has its rewards 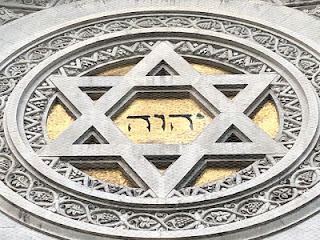 Yom Kippur begins tonight at sundown, and as the only newspaper columnist in the country, I believe, who regularly comments on being Jewish—it's part of my life, and I never got the memo reminding me that I'm supposed to be vaguely embarrassed—I feel as if I should say something.
Only I took the nation's temperature, Jewish-wise, on Sunday, for Rosh Hashana. And frankly, I feel like I said everything I have to say about Yom Kippur in a pair of columns more than a decade ago. True, few readers are going to read an argument and think, "Heyyyy, didn't he take this tack back in 2003?" But I have my pride. So rather than regurgitate the same old thoughts, I'm going to draw these Yom Kippur chestnuts out of the vault, for your holiday entertainment.
This first one is notable because, after it ran, I got a phone call from my rabbi saying, in essence, "How can we help you feel better about your religion?" And I had to tell him that I feel just fine about it—well, a little squeamish that my rabbi is calling me up, giving me grief at the office—but otherwise doing okay, faith-wise. Just a tad unconventional, that's all.

It's Yom Kippur time, again. Starting Sunday night, for those keeping score. And since most readers are probably only dimly aware of what Yom Kippur actually is (don't feel bad; I didn't know the Easter story until I saw "Jesus Christ Superstar'' as a teenager), I probably should explain. It's the Day of Atonement, the holiest day of the Jewish calendar, a holiday noted primarily for three things: 1) repentance; 2) fasting and 3) the uncharacteristic flocking, like swallows to Capistrano, of assimilated Jews back to their neglected synagogues.
Much press attention was given to that third point this year in the wake of a study showing that population growth among Jews in this country has been stagnant for the past decade, mainly due to a 40 percent intermarriage rate.
No wonder Jews are drifting away, if Yom Kippur is the only holiday they show up for. That's like missing the football game but stopping by for the snarl in the parking lot. I'm not sure what the logic is—maybe fooling God into inscribing them in the book of life for another year ("No, no, I've been here all along Lord, really . . . ").
If I had to pick just one holiday to go to temple for, I'd pick almost any other; Simcha Torah, for example. There's dancing, and waving flags, and kissing torah scrolls. It's basically a big party for a book, and as a bookish type, I like that.
But Yom Kippur? First, you're looking at about five hours in the synagogue, what with Kol Nidre Sunday night and services all day Monday. It's actually closer to 10 hours, but between arriving the traditional 45 minutes late and sneaking off in midafternoon, five is more like it. That's a lot of time to pray. I don't want to blaspheme, but if God were as quick as He's supposed to be, then why do we have to keep restating the same praise and contrition, in various ways and languages? You'd think it could be like a pollution emission check -- a quick peek into the sooty chambers of our hearts, a few checkmarks on the form, and we're on our way again.
Not that I don't enjoy the prayers. The tunes are beautiful, the thoughts, lofty. Though I admit getting hung up on the gender equality infecting the lower rungs of Judaism. A central part of religion is nostalgia—you're doing what you did as a kid. But in our synagogue, we can't invoke the patriarchs, Abraham, Isaac and Jacob, without including the matriarchs, Sarah, Rebecca, Rachel and Leah. I'm not against equality—if I were, my wife would kill me with a brick while I slept. But when you whip in the matriarchy, it no longer is the same prayer as when I was a kid, and it jars. Imagine, at the ballpark, if whenever they sang "Take Me Out to the Ball Game," every time they got to "buy me some peanuts and Cracker Jacks" they added "and apples and celery and healthful snacks" as a nod to smart eating.
There is also a considerable amount of chest-thumping at Yom Kippur. You stand, and beat your chest, and declare your sins—not specifically. Nobody says, "I goldbricked at work and cheated on my wife and hit my kids." Rather, in the safety of numbers, we thump our fists over our hearts and declare a laundry list of generic sins—"We have harmed others. We have wrought injustice. We have zealously transgressed."
I like the thumping. But I find myself—and I know this is not the point of the thing, but being a guy one tends to be competitive—keeping score during this solemn litany, thinking "Yup, did that one. Did that one. Didn't do that one. Sorta did that one."
A final note about Yom Kippur: Perhaps unique among the holidays of the world's faiths, it has almost completely defied our society's steady march toward commercialization. Yom Kippur is devoid of trappings—no decorations, no gifts, almost no cards. Of the thousands of types of greeting cards that Hallmark sells—even they are unsure how many—the company offers exactly one style of Yom Kippur card.
"Wishing you the peace that comes with forgiveness," it reads. "Hope that comes with new resolve and joy that comes with making new blessings and the dawn of a whole new year."
That's sweet, actually, though I hope they stop there. It's too easy to imagine the Atonement Line, with all sorts of syrupy "To My Neglected Mother" or "Greetings To My Traduced Friend" cards.
Perhaps that it is coming. I can also see the beer companies getting involved, the way they shanghaied Halloween from the candy companies. People do throw break-the-fast parties (we tried setting one up with friends, but they insisted on waiting until twilight). Perhaps someday soon we'll have "Slam a Bud at Sundown!" displays in the supermarket (assuming, of course, we beat the gathering demographic doom. Nobody markets to the Shakers).
My general sense is that Yom Kippur is like jogging -- something whose value is greatly enhanced by the wonderful sense of fulfillment that washes over you when you're done. Myself, I'm looking forward to the holiday on deck, Sukkoth -- a harvest festival. Not nearly as holy, true, but you get to sit in a booth of corn husks and pine sprigs in your backyard and drink with your friends. Judaism can be a taxing religion, particularly at this time of year, but it is not without its compensations.