White or black, Lyric's "Porgy and Bess" is our history 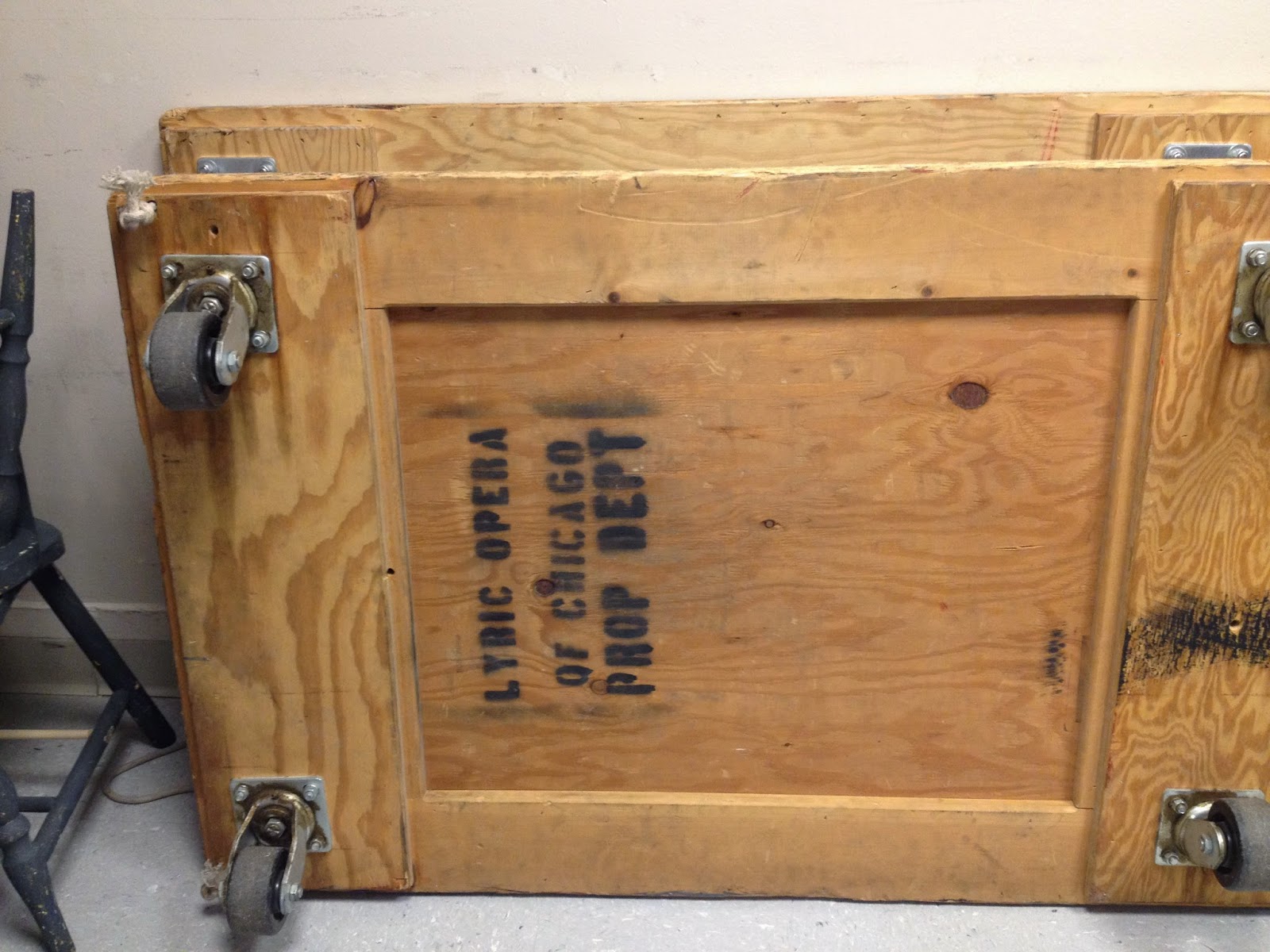 Sometimes it's better to be lucky than good. With November upon us, readers started asking about the Sun-Times Goes to the Lyric Contest, now in its sixth year. We'll be attending "Porgy and Bess" on Dec. 8, and I figured I had better get over there, watch rehearsals and think of something to write. It just so happened that, the moment I showed up, they began walking through this fraught scene with the detective arriving, searching for someone to pin Robbins' murder on, and its racial overtones just meshed too perfectly with post-Ferguson America.

Black people do not automatically cower when a cop walks into the room. They have to be taught, which Denni Sayers is endeavoring to do.

“Everybody!” she says, to the performers gathered in the second floor rehearsal space at Lyric Opera of Chicago’s Civic Opera House. “When a policeman comes into the room, everybody turns away. Any of you are likely to get arrested, just for the color of your skin.”
Nor does treating African-Americans with contempt come naturally, particularly to a Chicago actor like John Lister, who plays the detective in the Lyric’s production of “Porgy and Bess,” which opens Nov. 17.
“You have no sympathy at all; you’re coming into a cage of animals,” Sayers, the opera’s choreographer and associate director, tells him. “It doesn’t matter who you arrest. Being a bully, you pick the weakest one.”
This is the scene where friends of a murdered man are collecting money for his funeral when the law shows up. I’ve dropped in on this scene at random, in preparation for taking 100 readers to George and Ira Gershwin’s classic opera in December.
Art endures because it resonates over time. "Porgy," far from being a musty 1930s set piece about a "lonely cripple" and a "liquor-guzzling slut," is all too current. It's hard to watch the residents of Catfish Row being imbued with the fear that Jim Crow demanded and not think of Ferguson, Missouri, and the unresolved racial issues that still simmer under the skin of America.
Like many in the cast, Sayers has been doing "Porgy" for a long time, and it is scarily fascinating to see how she layers authentic details of the terrifying entrance of the detective, from having his deputy slam his palm loudly on a steel structure in the set to announce their arrival, to guiding Lister to gaze under the sheet at the body with a sneer of casual curiosity.
This is Lister's first day of rehearsal. As an actor, he appreciates the details Sayers gives him, and the freedom to improvise his part. As a person, he finds it unsettling.
"You feel bad. You want everyone there, who doesn't know you, to know you're really an OK guy," the Chicago actor says. (In a stroke of genius, only the white characters don't sing in "Porgy"). "Any time you're on a break, you're like, 'Hey! How are ya doing? I don't really hate you!' Because they don't know you. As far as they know, you're just a guy who walked in the room and started yelling at them."
Black actors are challenged too. "It's hard to play that subservient character in the presence of bullying white folk," Sayers says. "Everyone's fought so long to not be that. But we are presenting a historical piece. People find it fascinating to go back and explore how things have changed and, in other ways, how they haven't changed at all."
Sayers sees how black actors work their own experience into their parts: "Fortunately with this piece, so many people bring an awareness of their own family history."
Such as Hlengiwe Mkhwanazi, 30, who plays "Clara," and grew up in Zululand.
"First of all, I am South African," she says, during a break. "We are used to having that reaction when a white man comes into a room. So I know what it's like. Apartheid and all of that."
Still?
"It still happens. That's why 'Porgy and Bess' is so current. What happens is one of those things you never get past, it happens everywhere you go. You go to Europe, you find it. You go to America, you find it. South Africa. Wherever you go."
"Sadly, it doesn't go away," agrees Sayers. "Which is why it's so vibrant a piece. It has resonance today."
Not to give you the impression that "Porgy and Bess" is a grim history lesson. I would argue it's so vibrant a piece because George Gershwin wrote the music. I'm sure some who go will hear songs they've heard for years and never knew were in an opera. I didn't know "Summertime" was a lullaby until I saw the Lyric's "Porgy" six years ago. It is, opening the show, sung by Mkhwanazi to a baby who will pass through the hands of three mothers before the opera's done.
Many have argued that four white folk (the Gershwins created the opera with DuBose and Dorothy Heyward) aren't allowed to convey the black experience in dialect yet. Some think they stole black culture.
"I disagree with that," said Karen Slack, who plays the widow Serena. "I don't think they stole it. I think they gave us a gift, a wonderful gift. By putting that time period with jazz and infusing it with gospel, they really stuck to the truth. They sat in the back of the church and soaked it up. It's a piece of Americana: black, white, it's our history."