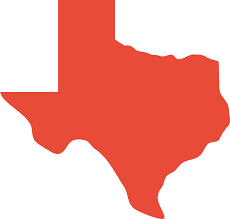 Each time I read another story about Texas officials, from the governor on down, wetting themselves because the U.S. military is conducting its usual maneuvers there—or the latest, jaw-dropping poll suggesting that one-third of Republicans believe Obama wants to invade Texas—I recall when the Marines were training on the streets of Chicago. Nobody panicked here, probably because we don't hate and fear our own government, nor live in hallucinatory dread of the government seizing our beloved guns. I covered the story, and got on so well with the Marines that they invited me to Camp Pendleton to observe their From the Sea training exercise, which was a blast. You miss out on a lot of life if you're cowering in the basement, fingering your weaponry security blanket and counting your cases of freeze-dried food. Of course this occurred in the late 1990s, which seems, at least from the perspective of today, a less fearful time.

Marines land here to study for urban battles of future

About 80 U.S. Marines begin urban battle training in Chicago today, but don't expect any leathernecks to wade ashore at Oak Street Beach or set up bivouac under the Picasso at Daley Plaza.
Rather, the Marines, mostly officers out of 1st Battalion, Eighth Marines, from Camp Lejeune, N.C., are studying the city's infrastructure—the bridges, tunnels, subways, electrical system, sewers, water treatment plant, communications—to help guide the formation of 21st century city combat techniques.
"This has to do with decision-making," said Lt. Col. Jenny Holbert, a public affairs officer for the Marine Corps Warfighting Laboratory in Quantico, Va., which is running the visit. "How do you change the way Marines make decisions in urban settings as opposed to open, unconstrained battlefields?"
The experimental project, Urban Warrior, is the second phase of a two-part program that began in 1995 with Hunter Warrior, which looked at fighting in open rural spaces. Urban Warrior began last summer and will culminate next year.
With forecasters predicting that 70 percent of the world's population will live in cities by 2020, the Marines are preparing for future battles taking place in foreign cities.
Chicago is the first city to host the Marines as part of Urban Warrior. New York City, Jacksonville, Fla., and Charleston, S.C., will hold events this year. The project will end with a mock battle in an undisclosed West Coast city.
In New York, the Marines will be exploring what is called "cross-canyon mobility."
"How do you move from the 12th floor of one skyscraper to the ninth floor of another and do horizontal resupply," Holbert said. "We're working with the British Royal Marines and the Dutch Marines on that."
Not only are the Marines here to learn, but in return they will be telling city officials about military techniques that might be helpful in civilian emergencies.
"We've been working on some projects we think might be of benefit to the city," Holbert said, citing a new communications technology that allows soldiers to talk from one room to another in hardened buildings. "That might have direct applications for firefighters."
Holbert said the Marine Corps had no difficulty arranging the visit with the city.
"They've been absolutely wonderful," she said. "I don't think we could have picked a better city. They have really opened the doors to us and really helped us a lot. We're really going to be able to get a lot of information about how a very complex city works."