Abandon all audacity of hope, ye who enter here 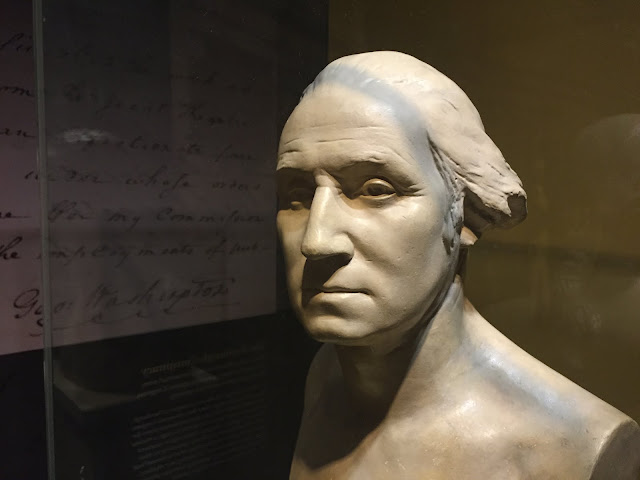 Donald Trump won.
An incredible turn of events which, when you pull back and look at the globe this past year, makes a grim sense. We should have seen this coming. Maybe we did see it, but it was so incredible we couldn’t believe the evidence of our eyes.
Across the world, globalism is in retreat. Great Britain dropped out of the European Union in June. The Philippines elected a murderous madman as president, in the form of Rodrigo Duterte, who promptly began to fulfill his promise to kill drug dealers and drug users.
Like it or not, the United States is part of that world.
Seven years since the end of the worst recession since the Great Depression, Americans lost patience with the old politics. With regular politicians. And elected a man who violated all the usual norms, gleefully, without consequence. Howard Dean yelped and his candidacy was dead. Trump famously declared that he could shoot someone in the middle of Fifth Avenue and not lose one vote. He did about everything else but fire that shot, insulting, in no particular order, Mexicans, POWs, women, Muslims…it might be easier to list the people he didn’t malign.
Now he’s our president-elect.
On Monday, Trump said in Scranton, Pennsylvania, “You have one day to make every dream you’ve ever dreamed for your country and your family come true.”

And the country believed him.
A stunning repudiation of Barack Obama and everything his administration stood for — his cerebral approach, his inclusiveness, his care for immigrants, for health care. “The Audacity of Hope.” All out the window now.
Any minority, particularly Hispanics, Muslims and Jews, who have been feeling increasingly frightened by Trump's embrace of the "alt-right"—a motley of heretofore obscure haters and far right reactionaries—can't help but be even more afraid now. What will our future be like?
The presidency of the United States of America is the first elective office that Donald Trump has ever held. While that was true for a number of U.S. presidents, they were either military men, like Andrew Jackson or Dwight Eisenhower, or held appointed public offices, like William Howard Taft and Herbert Hoover. Donald Trump is sui generis, a figure unprecedented in American history.
For now, the markets will plunge—500 points in Dow futures last time I looked—the world will gape in shock. And we will get to see just what Donald Trump will actually do. Will he build that wall? He promised to. Will he start deporting 11 million undocumented Hispanic immigrants? He vowed he would. Temporarily bar Muslims from entering the country? He suggested that, too.
Nations have stood at the crossroads before. In 1932, the United States elected Franklin D. Roosevelt and Germany elected Adolf Hitler. The results don't need to be elaborated upon here.
The polls were wrong. Hillary Clinton led most of them, for months. She won every poll of the American people except the one that counted.
Trump is a man who has never run a city, never mind a state, never mind a country. Who deals in crude generalities, who makes promises that not only can't he keep, but also that can't be kept.
Trump promised to "Make America Great Again." The slogan implied, directly, that we were no longer great. That our greatness had been stolen by invading Mexicans, by—get used to hearing the phrase, because he promised to say it a lot—radical Islamic terrorism. By job-snatching Chinese and untrustworthy Europeans. And that global conspiracy of bankers.
Hillary Clinton argued that our greatness was in our diversity, that we were "Stronger Together." But Clinton lost, and Trump won. What that means we will begin to understand in the weeks and months and years to come. It would be overly dramatic and premature to say that the light that America held to the world has gone out, dowsed by electing an unashamed bigot and demagogue. But it sure is flickering, for a lot of people, the ones who aren't rejoicing tonight.
I predicted this at the end of September. Just as I wish I had been wrong about his winning, I hope I'm wrong about the dire results. He was a Democrat once. Maybe he'll go back to being a Democrat. In his second term. I suppose I should leave you with some words of comfort. We are still the United States of America. We survived the British burning our capital and a Civil War, the Great Depression and World War II, the Cold War and the 9/11 attacks. We'll survive this too, somehow. Buckle your seat belts, it's going to get bumpy.
And Donald. Guess the system wasn't rigged after all, eh?

Posted by Neil Steinberg at 5:18 AM