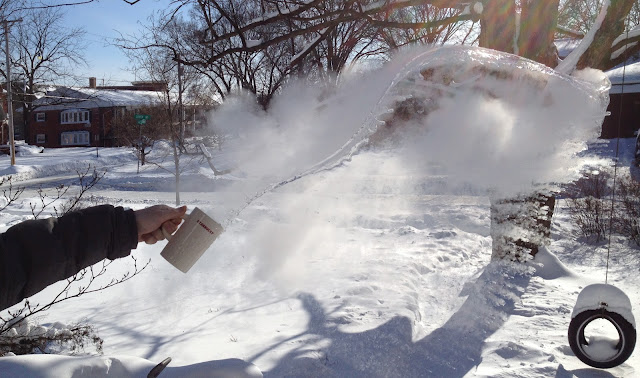 Confession: I don't hate Facebook as much as some people do. Maybe most people. As much as you probably do.
It's useful. A ready pool of almost 5,000 noses under which to slide my column or, four days a week, my blog.
A curated audience. Jerks can be shown the gate. I guess they can be blocked on gmail and filtered away here. But the exile on Facebook seems more permanent. They vanish more completely, without a trace, forever.
And Facebook is constant source of ideas. I was scrolling through Facebook yesterday afternoon on my phone, and saw a friend's announcement about ... well, I guess I shouldn't say. Something involving butterflies. I thought it would make a great column, and would put it in the newspaper right away. But, alas, she didn't want to be in the newspaper: worried about getting in trouble with her boss. Because of her personal butterfly activities. Which itself was interesting. I gently requested she think about it, maybe talk it over with her boss. The story would buck people up.
It would sure buck me up.
A very 1930s, Jack London kind of expression, isn't that? "Buck you up." Sounds almost obscene now, though.
I'm sorry, where were we? Ah yes, Facebook. Much interest there; because it has much interest in me. A robotic fascination with my past doings and jottings and quips, one that outstrips even my own, which is really saying something.
Two days after Christmas, Facebook served up this, from 2017, when the temperature dipped to 4 below:

"It isn't bad if you dress for it," I told my wife, returning from walking the dog. "Wear everything."

Wear everything. Quite a good phrase, if I say so myself. Is there better advice for surviving the Chicago winter? Monday morning it was 7 degrees outside. I put on an REI fleece, with a thicker Boston Traders fleece over that, and THEN my Eddie Bauer Gore-Tex Ridgeline Parka, the one I bought when I hoped to go to the South Pole for Rolling Stone and report on the social life of graduate students at McMurdo Station in Antarctica. The trip fell through, alas; the station is run by the National Science Foundation, and you need their permission. I thickly explained what I hoped to write about, and they said no. Should have lied...
Back to the matter at hand: Out from storage came the snow pants. Lobster gloves. Two hats—a skullcap like wind block, and then a big fake rabbit-lined Northwestern hat with ear flaps that I bought for my kid when he got into school but he was too cool to actually wear, not realizing the joy with which I would appropriate it: warm AND nostalgic....
My go-to phrase regarding clothes and the weather is, "It's never too cold in Chicago; you're just underdressed." But "Wear everything" packs more of a punch in less than a quarter of the words. It has a certain urgency, like the famous line in "Jaws," "You're going to need a bigger boat."
It almost sounds like it applies to more than clothing, to a general need to emotionally armor yourself against everything that's going on, the plague and the politics, employment and isolation. Do everything you can to preserve your warmth, keep your spark, stay alive. Reach out to friends, plunge into literature, art, music, exercise. Layer it on. Wear everything.