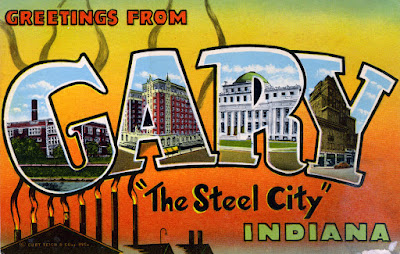 When a writer you respect gores your ox, it stings. So as fun as my latest vivisection of John Kass was, it did decry the painful erosion of civil rights in the former newspaper columnist's new home state , judging Indiana severely for it. Several readers living there raised a finger and said, in effect, "Ouch." While the throttling of freedom in Hoosierland does deserve constant, full-throated condemnation — Friday they passed an almost complete ban on abortion — there's no need to tar the whole state completely with one broad brush. It does still contain people — a majority, actually — who would yet breathe the air of liberty, if only they could, and the state does contain several pleasant spots. Just last year we enjoyed lunch at a brewery in Hammond. And in 2000, prodded by a line in the New York Times about tourism in Gary, I actually visited that star-crossed city to take in the sights, such as they are. I offer it as a conciliatory gesture to my Indiana readers, and afterward give an update on some of the people and places encountered below.