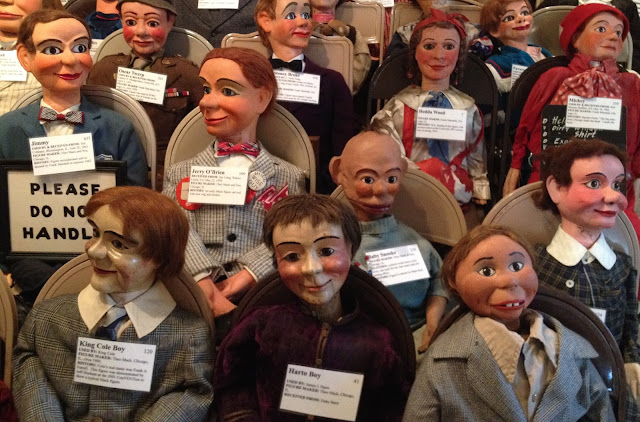 Given my hobby as a connoisseur of really bad Republican candidates—I once wrote a prayer, begging God to allow milkman Jim Oberweis to run for office yet again, and it worked—I could not pass up the chance to handicap the field of Republican presidential hopefuls. Only 10 will be onstage at the first Republican debate in Cleveland this Thursday. But that doesn't mean we shouldn't examine them all while we can.
Yes, more than a few are vanity campaigns. None are really gold-plated, first rate, Alan Keyes-quality awful. Well, maybe Bobby Jindal. Some campaigns won't live out the month, assuming they're alive now. But we've spent so much time gazing in jaw-flapping wonder at the bloviating bag of bombast that is Donald Trump, we're missing a chance to snicker into our hands at other GOP stalwarts who, each ridiculous in his (or, in one case, her) own special way. I can't say we'll miss them when they're gone, but at least we should glance at them as they flash by.
In that spirit, I present to you the field of 2015 Republican presidential candidates, in order of likelihood of snagging the GOP nomination, from least to most. Drumroll please.
17. Bobby Jindal: No one seems to have told the governor of Louisiana that his national political career died in 2009 after his laughable, amateurish televised response to an Obama speech. The Hindu-turned-Catholic conservative makes headlines with occasional bursts of hate-speech nuttery. But his record in Louisiana is abysmal, and it follows him, quacking like a pull toy duck. Odds: 200 to 1.
16. Jim Gilmore. You haven't heard of him at all because the former governor of Virginia filed his papers last Thursday. Obscure, late and parroting bromides, he flopped out of the gate and lays there, quivering. Odds: 150 to 1.
15. George Pataki. Trump gets more press by pausing to tie his shoe than the three-term governor of New York has gotten since he threw his hat in the ring in late May. Socially liberal, he might appeal to mainstream voters if anybody ever heard anything about him. But they haven't and won't. Odds: 125 to 1.
14. Carly Fiorina. She's a woman, which makes her outstanding in a party that spends a lot of time trying to cook up new ways to repress women that don't involve adopting sharia law. The former CEO of Hewlett-Packard also lacks any political experience whatsoever, a big plus among Republicans. Odds: 100 to 1.
13. Ben Carson. Half of the electorate can't place his name, but he's slated to be one of the 10 on stage this week. An African-American neurosurgeon, his joke about gays finding poison in their wedding cakes is a reminder that a person can be black and yet a bigot. Odds: 90-to-1.
12. Lindsay Graham. Until Donald Trump gave out his cell number, America didn't know the South Carolina Senator was running, and he used his moment in the spotlight to post a video of himself destroying his cell phone. Odds: 80 to 1.
11. Chris Christie. Like Jindal, a walking political corpse. Abrasive personality would be burden enough, but, like Lord Jim, his not-so-secret shame dogs him. Either he knew about closing down the bridge at Fort Lee as political payback and is lying, or obliviously let his staff run amok, and really, which is worse? Odds: 75-to-1.
10. Rick Santorum. Plug "Santorum" into Google and six of the seven hits are references to Dan Savage's wildly successful campaign to punish the former Pennsylvania senator for his brainless anti-gay comments. Odds: 70-to-1.
9 . Mike Huckabee. Former Arkansas governor and Fox News host, this Baptist minister made a name for himself for his faith-blinded. folksy immorality, from claiming immediately after the slaughter at Sandy Hook Elementary that the culprit was a lack of prayer in schools to his recent jaw-dropping Holocaust imagery. Odds: 65-to-1.
8. Rand Paul. The Kentucky senator's Libertarian worldview inspires a fanatical cadre of supporters, but everyone else just views him as strange. Odds: 60-to-1.
7. John Kasich. Ohio's popular governor is considered dead in the water among Republicans for clinging to intelligent policy goals, such as providing a road to citizenship for illegal immigrants. Odds: 50 - to 1.
6. Ted Cruz.  The senator from Texas established his reputation as a vicious, say-anything critic with a fondness for paralyzing government.  Camille Paglia nailed it when she called  Cruz a "smirkily condescending and ultimately juvenile" who gives her "the willies." Odds: 40-to-1.
5. Rick Perry. The former governor of Texas seems to have shaken off his "now-what-was-that-third-agency-I'd close?" gaffe of 2011, and fired back at Trump, calling him "a cancer on conservatism" when most GOP hopefuls were hiding the weeds. But he's still tone deaf: he challenged Trump to a pull-up contest, which really isn't a thing. Odds: 30 to 1.
4. Marco Rubio. He's young, handsome and Hispanic. But actual Hispanics see him as Cuban, a member of a special protected political class. Plus he's a lightweight advocating policies 180 degrees against real immigrant interests. Maybe he'll have better luck in 2020. Odds: 15 to 1
3. Donald Trump. Nothing more need be said. Not top pick only because God wouldn't do that to America. Would he? Odds: 8 to 1.
2. Scott Walker. Wisconsin's Tailgunner Scott has made a career out of demonizing union members, an appealing strategy in Illinois, where government is being gutted by giveaways to unions. His slashing rhetoric excites big money donors like Joe Ricketts. Odds: 5-to-1.
1. Jeb Bush. The former Florida governor is seen as the brains in the Bush family, which is like being the tasteful Kardashian. But his moderate policies, his reluctance to say the stupid things that other GOP hopefuls spout all day, and his Mexican born wife all speak well to his chances. When the smoke clears, he'll be the one who hasn't shot himself in the foot, twice. Odds: 2-1
So that's it. You can cut this out and keep score Thursday.
Posted by Neil Steinberg at 12:00 AM