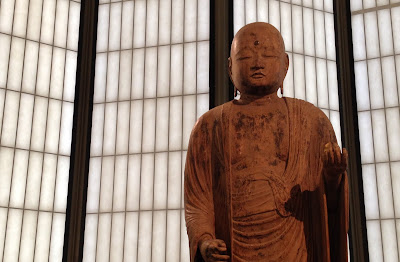 There was a heartbreaking story on the front page of the New York Times Monday about a woman who fled the chaos of Myanmar with three of her four children, making the perilous sea journey to join her husband in slightly less chaotic Malaysia. It’s a long article, focusing on the child she left behind. But one phrase in one sentence leaped out at me. Let’s see if it leaps out at you too:
“Her husband, who had raised shrimp and cattle, had been among tens of thousands who made the journey two years earlier, after Buddhist mobs rampaged through villages like their own, burning houses and killing at least 200 people.”
“Buddhist mobs?” Rampaging and killing? I didn’t know Buddhists did that. What happened to the Eight-Fold Path? To saffron robes and shaved heads?

When we think of bias, we think of negative prejudices. But positive biases can be just as misleading. It isn’t as if you need to think hard to find other examples of Buddhists betraying the tenets of their faith: monks in Japan in the 1930s, for instance, were almost universally supportive of that nation’s catastrophic march to global war.
Not to single out Buddhists. Every faith has a litany of positive beliefs — God loves us all, we’re all part of His creation, do unto others as you would have others do unto you — that get swept aside when convenient.
The mayor of Mundelein, Steve Lentz, drew attention — which is hard for a mayor of Mundelein to do — by turning his July 4 speech, normally a time of patriotic platitudes, into a denunciation of the “moral quagmire” society faces because we are more accepting of gays and unwed mothers. In saying this, he is viewing the world through one facet of the lens of his Christian faith. And that lens has turned the situation upside down as a lens will.
Society easing up on its habit of punishing gays and single mothers is not an example of moral failure, but of moral clarity, a triumph of liberal compassion over the blurry forces of punitive religion. It’s closer to a miracle than a crisis. And while children raised by two parents indeed do better than children raised by one, that is a practical matter, not an ethical one. Drivers who wear seat belts also do better than drivers who don’t, yet nobody makes wearing a seat belt into an ethical issue. At least not yet.
And not that morality is a poll, but most Americans find both gay marriage and out-of-wedlock childbirth to be acceptable, ethically.
In the hands of people like Lentz, religious morality becomes a Divine Certificate of Merit to bestow on yourself and people exactly like you. It is a pass given uncritically to the home team. One they don’t deserve and one that hurts more than helps them. The surest sign of love isn’t a kneejerk pass, but careful attention and thinking. I adore my boys, but if they screw up, I’ll tell them. I think Israel is grand, but I also understand that Benjamin Netanyahu could start building concentration camps in Gaza and gassing the residents and a certain swath here would busy themselves explaining why that is OK.
It’s very hard for people to grasp that the high regard they hold themselves in is not universally shared. There is a meme going around the Internet, a pair of photos. The top one shows a picture of robed members of the Klu Klux Klan. 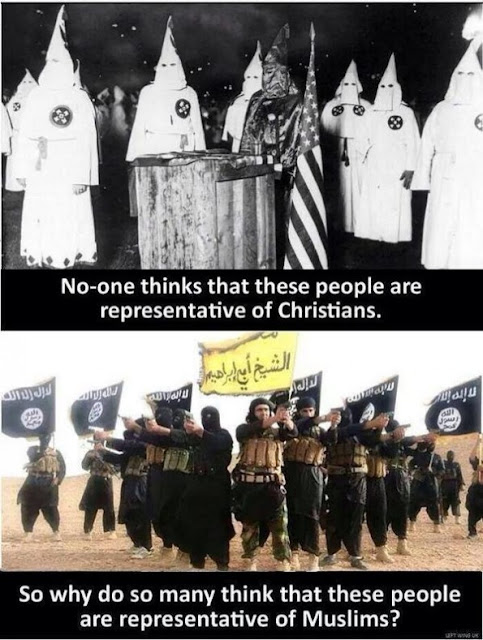 “No one thinks that these people are representatives of Christians,” it’s captioned.
The next one shows a band of Islamic fighters under the black flag of terror.
“So why do so many people think these people are representative of Muslims?”
A point I heartily agree with. Still, looking at that top photo, I couldn’t resist.
“No one?” I wrote.
Because to me, Christianity, like every other religion, is the carte blanche that people give themselves to do horrible things. Murdering children in the name of Buddhism. Blowing up women in the name of Allah. Allowing millions to dwell in misery in the shadow of your land flowing with milk and honey. Shunning good people who have done nothing wrong in the name of Jesus’ love.
I’ve said it before, but I’ll say it again. Religion is a tool. Like a hammer. You can build a house with it. You can hit someone in the head. Your choice, not the hammer’s. But people are cowards, and the meaner they are, the more cowardly they tend to be. So they blame the hammer, thinking it excuses them. It doesn’t.
Posted by Neil Steinberg at 12:00 AM