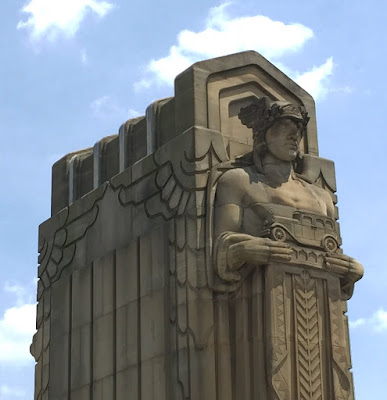 There were medics and Amnesty International observers and volunteers from Seeds for Peace handing out water and chunks of homemade banana bread.
There were megaphones, used to shout chants, such as the classic, oddly syncopated, “The people, united, will never be defeated! The people, united, will never be defeated.”
Many media, even more police, everything you’d expect at a protest. Except for one thing:
There were no bystanders; nobody there to see it.
The march proceeded across the mile-long bridge, past a pair of art deco stone pylons with their "Guardians of Traffic" scowling indifferently, across the uninterested Cuyahoga River, and beyond apathetic mills and industrial wasteland, past the east guardians, also blasé, and then through the ubiquitous eight-foot tall metal fencing found anywhere near the Quicken Loans Arena, where the convention itself is taking place. 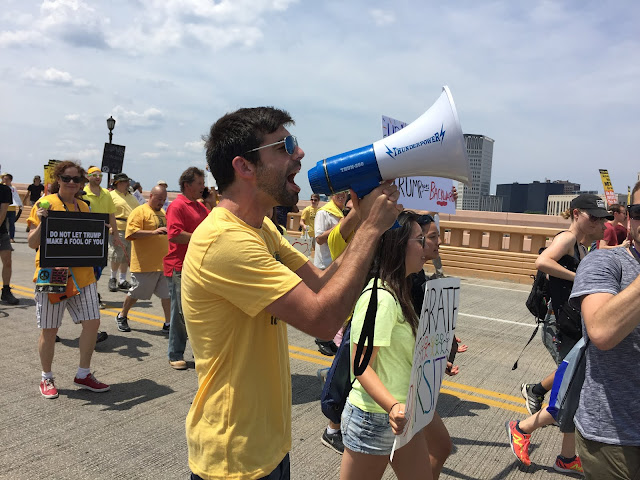