Blogs are dying but I feel fine 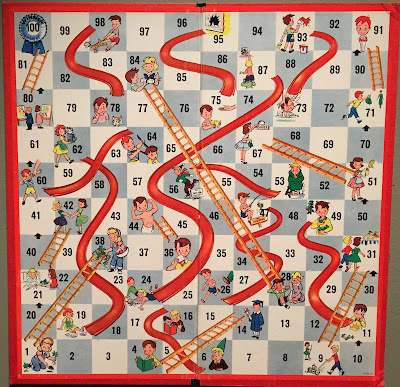 On Monday, the Wall Street Journal shut down eight blogs, on a range of subjects: legal and breaking news, the arts, the Chinese economy. I found out, of course, not by looking at the WSJ, which has a paywall and I never consult, directly, but on Twitter, noticing a story from the Nieman Lab blog, which I never look at either.
It turns out blogs have been old hat for a number of years.
"It’s truly the post-blog era," Wendell Jamieson, the New York Times metro editor was quoted as saying in 2015, "and I barely had time to get into the blog era.”
Testify, brother. If you are curious—as I was—what is replacing blogs, the Nieman post cites a WSJ spokesman explaining, "other storytelling formats and our digital platforms,” meaning, I suppose, social media and other apps, like podcasts.
There are several ways to view this. When I began everygoddamnday.com, I chose that yellow legal pad background motif because it had, in my eyes, a certain charming retro office supply quality, an aspect that will only be enhanced as blogs die off one by one, joining semaphore flags and telegrams in the realm of the tragically defunct.
It can be hard to keep track. My first thought was that blogs must be giving way to entities like Twitter, but we have Reuters sharing the news that Twitter is doing better, since six months ago it "was knocking on death's door and going the way of Myspace and AOL." Why am I always the last to know these things? (To illustrate how quickly this changes, the rosy Twitter outlook was Wednesday. On Thursday, Twitter stock plunged 13 percent on reports of disappointing user figures).
I certainly used Twitter less, as it became clotted with ads, fewer nuggets of interest showing up in pan after pan of useless gravel. And Facebook seems dominated by ads touting shoes I bought on Zappos last week, as if they're expecting me to break down and buy a few more pairs.
Looking at my own regular media diet, there are actual subscriptions, received at home, of the Chicago Sun-Times and the New York Times. A digital subscription to the Washington Post. Copies of the New Yorker and the Economist arriving weekly, Consumer Reports monthly. That keeps you pretty busy. On Facebook I keep continually updated on the ever-on-point Eric Zorn without the bother of consulting the entire Tribune.
I've even subscribed to a podcast: "50 Things that Made the Modern Economy," with Tim Hartford, a BBC analysis of diesel engines and barbed wire, air conditioning and shipping containers, exactly the sort of see-the-universe-in-a-teacup kind of exploration I relish.
Each new format takes advantage of a certain consumer need, or vulnerability—the podcasts are an outgrowth of listening to audio books. Something to listen to while walking to and fro, because we can't be on the phone all the time. A little lesson in the intricacies of baby formula or the dynamo makes the walk from the paper to the train a lot quicker.
Though to be honest, if the BBC issued the series on cassette tapes, I'd buckle down and buy an old Walkman on ebay for a dollar. (I'm being fanciful. Doing that checking thing that journalists still do, I see you'd be hard-pressed to find a knock-off for under $20, and vintage actual Walkmen, in box, go for $500. The mind reels).

I'm of the quaint notion that it's the words, and concepts, that matter, and whether you are reading this on the phone, or etched into a wax tablet, is secondary. But that might be an antique and increasingly irrelevant opinion. Anyway, I don't mind blogs vanishing as fast as they possibly can. Maybe when mine is the only one left people will start to notice. More likely not, but a guy can still dream, one communication medium that never goes out of style.
Posted by Neil Steinberg at 12:00 AM